The new voting system gives citizens in the largest voting district in the country a greater choice in who to elect.

The new voting system gives citizens in the largest voting district in the country a greater choice in who to elect. 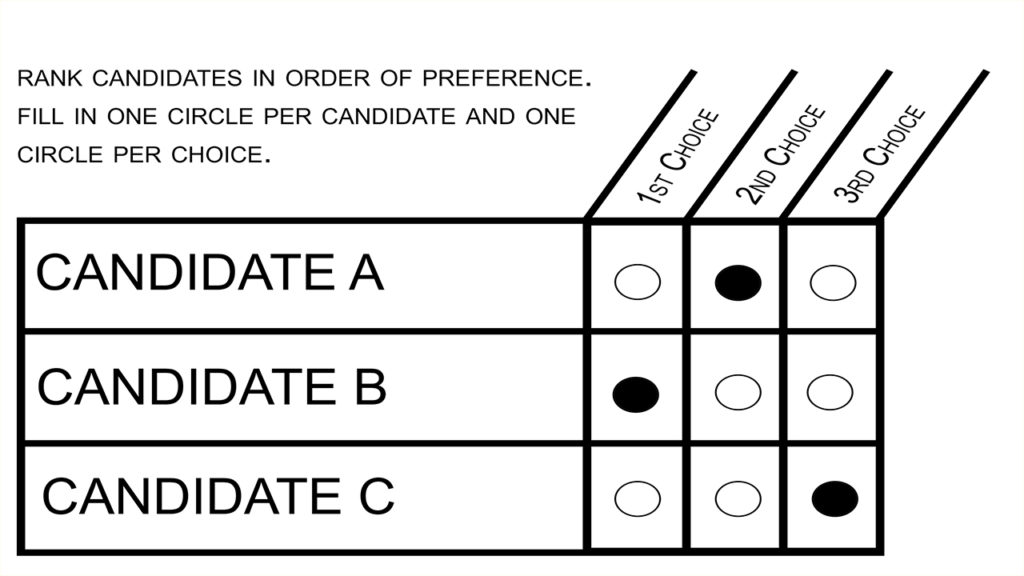 MARC STEINER: Welcome to The Real News Network. I’m Marc Steiner. Good to have you all with us.

In our continuing coverage of these elections, we’re going to take a look at New York City for the next few minutes. New York City voted to adopt the ranked choice method of voting in a referendum. It was an overwhelming majority, making it the largest voting district in the country, I believe, that’s not a state that has adopted ranked voting. It allows voters to begin using this choice in local and primary elections starting in 2021. Now, New York, as I said, is one of 20 cities and a couple of states who have this at the moment.

And we’re about to talk with John Resnick. John Resnick is founding partner of Competitive Advantage Research, where he has been working with for a long time as a political activist, consultant, and researches political data and builds organizing technologies. And welcome John, good to have you with us.

JON REZNICK: Thanks so much. Great to be here.

MARC STEINER: So this is a pretty significant vote, but let’s just start with just for people who are just watching this for the first time, give a quick breakdown of what ranked choice voting is and why it seems to be picking up steam slowly around the country.

JON REZNICK: So ranked choice voting is the idea that rather than simply choosing one candidate over all of the others in what’s known as a first past the post electoral system, voters are able to put in one or two or three or N ranked choices. So that essentially, if the leading candidate doesn’t reach a certain threshold of the overall population, usually how it works, and it varies a lot in the implementation, is that the bottom candidate is removed and then essentially the votes for that candidate are taken out and second or third and so on candidate choices are rolled in. So that essentially the candidate who receives the most up votes, if you will, gradually becomes the winner.

MARC STEINER: So, and before we jump right into the New York election and why this is significant and why it was so overwhelming in what that vote meant, I mean, there’s some people would say, “Well, wait a minute, why not just have a runoff between the two top winners? Why do we need something like ranked choice voting? What’s the logic against just having a runoff between the two top people?

JON REZNICK: So the story with New York recently has involved a lot of special elections, even some runoffs where elections are great and we get them at a great price, but some of these elections were held at great expense. For instance, in your city public advocate race where there was a runoff originally when Tish James won the seat.

JON REZNICK: And there have been special elections to handle it since then. There have been other cases where simply combinations of three or more candidates have meant that the winner in a majority primary electoral system has been able to get through with a low winning threshold.

MARC STEINER: So talk about the significance of this voting in New York City, and you’ve done a lot of analysis about who voted for this particular charter amendment and why. So talk a bit about that and why is this so significant and how that vote just describe that electorate in New York City?

JON REZNICK: I mean, this year is higher turnout than most years at this point in the cycle, but it is nonetheless a very low turnout year. And I’m actually one of the folks who is a little… I question why the board of elections and the city would have arranged these charter revisions for this year. I think they expected it would be a low turnout year with folks who are favorable to maybe their specific and immediate political aims rather than necessarily putting this up to voters in 2020, 2021, which is a major city election year and so on after that.

But the significance is that they’ve gotten through a lot of proposals that they didn’t have that hard a time selling to New Yorkers, whether we’re talking about the ranked choice voting. They did want lobbying reform and political corruption. One on land use, one on criminal justice reform, improving oversight on the NYPD. And they did one around the budget and some fiscal control and the city’s Corporation Council. And so while these were very technical, they basically were able to offer it at a time when there wasn’t much else to pick among for voters. And voters were willing to say yes.

JON REZNICK: I mean, a lot of the features of the map speak for itself in terms of the community’s political enclaves, many of them that are known to be, including where there are the last Republican hold-outs, some officials in the city, particularly look at Staten Island, South Brooklyn. I think one of the things that stands out is that this vote may well have been about, to a lesser or greater extent, whether folks agreed with the Democratic Party agenda for the City of New York rather than necessarily the specifics. Because we did have five different proposals. We did actually have a general election for the Public Advocate.

And we found in general that the incumbent Democrat Jumanee Williams, his actual support, spatially, geographically on this map, pretty much resembles where people were voting yes and his opponent [Arelli 00:05:41], his support pretty largely overlapped with where people were saying no. So there was some sense of partisanship at the top of the ticket driving who turned out at all. I don’t know. My theory is that voters will frequently turn out to say no, but this was actually an election in New York City where they were given a raft of things in the greater group as you count them, by far, came out and said yes. Yeah, and it looks like it was two or three to one for versus against.

MARC STEINER: It was good to see people voting yes for a change.

MARC STEINER: And finally, talk very, very quickly about why people would advocate ranked choice voting when we’re seeing it take place in San Francisco now that’ll help decide what happens in that District Attorney’s race, it’s happening in 20 of the cities in this country. So why do you think it improves democracy? What is this advantage? Because some people look at it and are going to be completely confused by it.

JON REZNICK: So in New York, there’s been a debate about it and some of the debaters are in better faith than others. Simply put, looking out at the top as I do, if the Voting Rights Act, the Federal Voting Rights Act, were being enforced then certain impact studies would actually have been conducted about the implementation here, and this charter review essentially hands it to the regulators to work out the implementation in 2020 when a lot else will be going on.

So, setting aside the implementation, the idea of ranked choice voting is that it would dilute the power of institutions and machines and allow a greater diversity of candidates essentially to work into the system potentially curbing the effects of various forms of political segregation, whether you’ve got packing and cracking gerrymandering and so on. It’s believed that ranked choice voting would improve the expressiveness of voters. And the devil is in the details and it really does matter how it’s implemented, but a lot of the arguments that are being made really just have to do with equity and enfranchisement in New York.

MARC STEINER: And it also seems to affect the ability of candidates from communities of color, candidates who are running for third parties, independent, to actually have a competitive advantage because they can actually run and have a chance of winning where they would not in a straight up and down vote.

JON REZNICK: In New York city, the election’s for which this fix is being offered, and this isn’t for state legislative or federal races at the moment in New York City, New York City candidates already enjoy a campaign finance system which provides a donor match and a lot of other on-ramps for people to get in. But it’s nonetheless true that with it mostly being a primary town, you need to be able to get into the democratic mix as a candidate or there isn’t necessarily much chance for you to get a bite, except in some of these areas that are lit up red as opposed to green in our map. This is where you do have Republican strongholds and Conservative voters. That said, what was the first part of the question? I apologize.

MARC STEINER: No, no. I just asked the question very quickly because we have to wrap up here, but about the effect that ranked voting can have on people who are running third parties, on people who come from communities of color. That one of the arguments I’ve always read about this and people have made this argument to people before, that ranked voting actually allows for a stronger democracy because it gives a boost to independent candidates and communities of color.

JON REZNICK: Yeah, so there’s a lot of arguments, explanations, emphasis being put out there on the idea that ranked choice voting would create some new dimensions and electoral strategy for more cooperation or civility, if you will and that there’s more of a sense of wanting cross appeal in terms of, well, if you’re not this person’s first choice, you can be their second choice. Or if this is your first choice, think of me. There are a lot of ways that folks can begin to enact new kinds of communications and voter contact strategies that might not be available to them under the current kind of machine politics, particularly in big cities.

MARC STEINER: Well, John Resnick, this is fascinating. Good to talk to you. Thank you for your agreeing to be with us this afternoon and we’ll talk a great deal more and see where this goes, and we’ll see how this plays out in San Francisco and other votes around the country. Thanks so much for your work and thanks for being with us.

JON REZNICK: I appreciate it. Thank you, Marc.

MARC STEINER: And I’m Mark Steiner here for the Real News Network. Thank you all for joining us. Take care.

URUJ SHEIKH: Hey everyone, my name is Uruj Sheikh and I’m the development campaign manager at The Real News Network. If we’re going to stand up to the corporate elites, then we need your help to make people-powered media. And that’s why I’m asking you to please donate to The Real News Network. And while you’re at it, hit the subscribe button. Thanks so much.