What should Progressives Do Next?

What should Progressives Do Next? 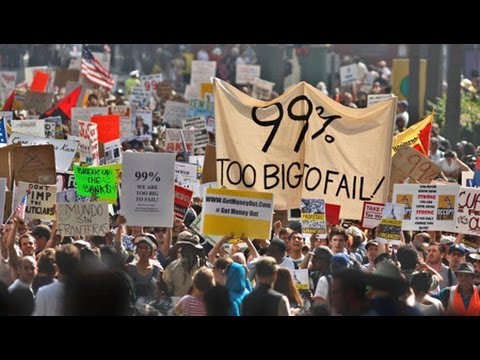 President Obama is into his second term now, and his rhetoric so far has beenâ€”according to the media, at leastâ€”more militant or more liberal. Now, what do we make of all of this?

Now joining us to talk about President Obama’s second term and what’s next for the progressive movement in the United States is Norman Solomon. He’s the cofounder of RootsAction.org and a founding director of the Institute for Public Accuracy. He cochairs Healthcare not Warfare Campaign, organized by Progressive Democrats of America. His books include War Made Easy: How Presidents and Pundits Keep Spinning Us to Death. And he ran in the primaries in California for a seat in Congress.

Thanks for joining us, Norman.

JAY: So President Obama, his rhetoric’s a little different than last term, a little less about deficit cutting, a littleâ€”actually, at least paid some lip service to the importance of social programs like Social Security and such. And there’s sort of a talk that this term is going to be somewhat different. Does thatâ€”are you buying that? And what does all of this mean in terms of developing an independent progressive political movement in the United States?

SOLOMON: Well, talk doesn’t really translate into policy. And after all, the difference between rhetoric and governance is what actually happens in terms of policyâ€”out of the executive branch, in this case.

I think the reality is that we’ve had this paradigm go on for quite a while of a sort of a social liberalism and an economic conservatism. Bill Clinton took the Democratic Party in that direction. Barack Obama has taken the party even farther in that direction. And I think when you get to bedrock issuesâ€”taxation, spending, the restraint in cuts on fundamental social services, continuation of war, use of drones and cruise missiles and so forth to strike around the world at will out of the Oval Officeâ€”on those issues and more, including civil liberties, we have a president whose rhetoric and reality are quite different from each other.

JAY: So then what does that mean for people in the American progressive left movement? For example, you ran in the primaries as a Democrat. You’re part of Progressive Democrats for America. You’ve been in this sort of fight as a progressive section within the Democratic Party. So what’s next for you?

SOLOMON: Well, I think we are, as progressives, in a crisis, where the good news is that the Republican Party was denied the White House in the election last year. The bad news is that the head of the party, the president of the United States, with vast support from members of Congress of his own party, are pursuing policies that are reprehensible, that if they were being pursued by a Republican president, many more Democrats in Congress would at least express some opposition. So the dire straits of civil liberties, where Obama, to take one example, is now asserting a right to draw up a kill list and decide who the U.S. government will kill, including perhaps U.S. citizens, with no due process whatsoever, that’s an instance among many in which we have unacceptable policies coming from Obama.

And my plea to people would be, let’s speak honestly about it now. This year is a window of opportunity. There’s no major elections taking place. It’s a chance for progressive Democrats and progressives in general to make clear that this president is not pursuing legitimate policies, in many ways.

JAY: So what exactly should people do? I mean, you can speak out, but then what?

SOLOMON: Well, I think speak out and build some electoral muscle, as well as protest capacity, so that we’re able to reframe the debate. The silence, the quiescence, the muffled objection that we hear so often or don’t hear is really highly problematic.

And in many ways I was thinking there’s a lot of parallels with the Lyndon Johnson administration, where it did some good things but also pursued some horrendous policies, most notably in Southeast Asia, and it was necessary for people inside the party, such as Eugene McCarthy and Robert Kennedy, and those outside the party, including Martin LutherÂ KingÂ Jr., to speak up and say, this is unacceptable and we will build opposition.

JAY: Okay. Well, we’re starting a new format today, and we’re going to keep this format up and see if you viewers like it. We’re going to do interviews more or less in two parts. The first part’s going to be in under five minutes so you get the basic idea of what our guest wants to say. And then we’re going to move into a part two, which is going to be a little longer and digging in for those who want to go a little deeper.

So thanks for joining us, and please join us for part two with Norman Solomon on The Real News Network.