The US government relies on public ignorance in order to threaten the privacy of tens of millions of people around the world, and Snowden exposed that, says Naureen Shah of Amnesty International USA

The US government relies on public ignorance in order to threaten the privacy of tens of millions of people around the world, and Snowden exposed that, says Naureen Shah of Amnesty International USA 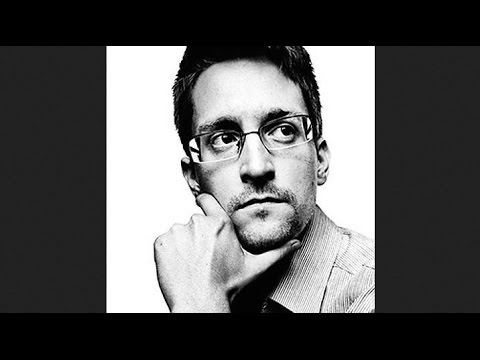 Snowden, who is in exile in Russia, appeared via video link at a news conference in New York to explain why a trial against him under the Espionage Act would not be a fair trial. Let’s have a look.

EDWARD SNOWDEN, WHISTLEBLOWER: My concern here is not just myself. If I and other whistleblowers are sentenced to long years in prison without so much as a chance to explain our motivations to a jury, it will have a deeply chilling effect on future whistleblowers working as I did to expose government abuse and overreach.

The question of whether I, as a whistleblower, should be pardoned is not for me to answer, but I will say this. I love my country. I love my family. And I have dedicated my life to both of them. But I cannot support the persecution of those charged under an espionage act when they have committed no espionage.

PERIES: Amnesty International, Human Rights Watch, and ACLU are calling for a pardon for Snowden, arguing that he performed a public service by exposing excessive and intrusive electronic spying by the National Security Agency and its English-speaking allies, including U.K. government’s Communications Headquarters.

Joining us now to talk about the campaign is Naureen Shah. Naureen is director of Amnesty International USA’s Security and Human Rights Program.

Naureen, good to have you with us.

SHAH: Thanks for having me join you.

PERIES: Naureen, the White House has indicated it is not even investigating the possibility of granting pardon, and both major presidential candidates, including Hillary Clinton and Donald Trump, have said that Snowden should face the full brunt of the law. And then, in departing from that, Bernie Sanders just Tweeted that he supports the Snowden pardon. Do you think there is any chance that Obama will grant a pardon to Snowden before he leaves office?

SHAH: I do think that there’s a chance that President Obama will act to put the United States on the right side of history, on the right side of human rights. What we’ve seen with President Obama again and again is that he responds to public pressure, and it is public pressure that we have to keep on him in order to see him live up to the promises that he’s made repeatedly. He’s promised that this would be the most transparent administration ever. He’s often pledged support for human rights, both here at home and around the world. And we need him to live up to that promise and not send a signal that those who witness human rights violations should stay silent.

PERIES: And currently Edward Snowden faces two charges under the Espionage Act of 1917 and one charge of theft of government property. The maximum sentence for this is 30 years in prison, but it could be far more if the government decide to add charges later on. So if Obama does not grant Snowden a pardon, are there any alternatives for Snowden to avoid trial under the Espionage Act?

SHAH: Well, we’ve also called on President Obama and the Obama administration to drop these charges altogether. We don’t think that anyone should be charged for disclosing human rights violations. It’s so important that the message is clear to every human rights activist around the world and every potential whistleblower that when you witness human rights violations, you should come forward. That’s an act of heroism, not a criminal act.

PERIES: In the clip we just aired with Snowden by electronic means, in the clip he says that he would not get a fair trial. Explain what he means by that. He cited the Espionage Act in particular, that it would prevent him from getting a fair trial. Why?

SHAH: Now, the ludicrous thing is that Edward Snowden faces decades behind bars, decades and decades, and he could be put through a trial where he never gets to really speak about the reason he took the action he did. The reason that he spoke out was to defend our right to dissent, to defend our human rights. And because of the way that U.S. law is set up, he wouldn’t be able to make that defense.

And we can’t have a situation where Edward Snowden comes home to the United States merely to just be put through, basically, a sentencing and not through really a fair trial, and he’s not going to get a fair trial with the way things are stacked right now.

PERIES: And is there another piece of law that where he could be brought under trial that isn’t the Espionage Act?

SHAH: Our position is that he shouldn’t be charged at all for revealing evidence of human rights violations.

Now, the thing about Edward Snowden is that he’s actually a textbook case of a whistleblower. He’s somebody who didn’t unleash a bunch of documents. He’s somebody who was very responsible. He took documents, he was at pains to make sure that information about individuals wasn’t just released willy-nilly to the public, he actually went to responsible journalists, and he asked those journalists to help to make those decisions about what could responsibly be [leaked] before.

And at this point there’s no evidence, there’s no specific evidence that’s ever been put forward to say that he did any harm. In fact, what the overwhelming evidence is is that he did quite a lot of good. He spurred a global movement for the protection of privacy and human rights online, debates in Congress in the United States, but also in parliaments around the world and courts. And the world would not be the same without Edward Snowden. He really has changed things and helped thwart the growth of surveillance that threatens the human rights of all of us.

SHAH: I don’t think that there’s really any room for debate here. It’s ludicrous, it’s absurd to suggest that he did not act in the public interest. He didn’t sell these documents for money. He didn’t go to a foreign government and offer them up for blackmail, for any other purpose. Nobody can even really suggest that he did this just for his own personal gain. It’s clear that he was acting solely in the public interest, because he was concerned about what he was seeing, and what he was seeing was a broken system, a system where human rights violations are covered up, where the U.S. government counts on public ignorance in order to threaten the privacy of tens of millions of people around the world. So, no, I don’t think there’s any question that he’s a whistleblower, that it’s a clearcut case, and that his were acts of heroism.

We do need to see changes to the Espionage Act. We need to make sure that he and other whistleblowers are actually allowed to raise a public interest defense. And his is not the only case that Amnesty International has criticized where we see the Obama administration going after whistleblowers and not actually helping to ensure a fair trial for those individuals.

PERIES: And, Naureen, finally, there’s a lot of public pressure coming on board as we speak: the release of Oliver Stone’s film; Amnesty, human rights watch, and other very high profile organizations are endorsing this pardon or the campaign for this pardon. In terms of public awareness, you said President Obama does respond to public pressure. What more needs to happen?

PERIES: Naureen, I thank you so much for joining us today. And all the best with the campaign.

SHAH: Thank you so much.

Naureen Shah is director of Amnesty International USA’s Security and Human Rights Program. She is the author of several studies on US counterterrorism including on surveillance, the impacts of American Muslim communities, drone strikes and torture. Follow her on Twitter: @naureenshah