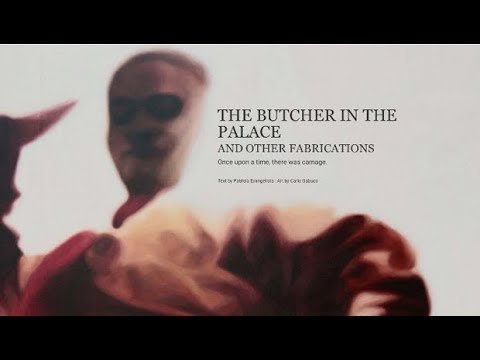 RODRIGO DUTERTE: Sometimes I’m tempted really to declare martial law, but it is not feasible to say we are fine. That’s why I can declare a state of lawlessness, because narco politics has entered my country.

EDDIE CONWAY: Welcome to The Real News. I’m Eddie Conway, coming to you from Baltimore. For the last year, there’s been a lot of extrajudicial killings in the Philippines, and it’s of interest to everybody what’s going on over there. Joining me today is Nerissa Balce to give us an update and an overview of what’s happening in the Philippines. Nerissa, thanks for joining me.

NERISSA BALCE: Hi. Thanks for having me. Thank you.

EDDIE CONWAY: Okay. Can you give us an overview of what’s happening and what’s been happening in the last year since this Trump-like president has taken office?

NERISSA BALCE: Well, for the first … Before I answer anything, I have to mention that Rodrigo Duterte, who is now the 16th President, is someone who didn’t just come out of nowhere. He really was the Mayor of Davao, which is an amazing growing urban city. I think that there’s this narrative that comes out from the Western press that he comes out of nowhere, nobody knew who he was, etc., but if you are from the Philippines where I’m from, he’s actually a politician who has very deep roots in the political machine that is the Philippine State.

He started out as a mayor in a very big and economically wealthy city, and from there, he has become the 16th President of the Philippine Republic. He started out in Davao and made a name for himself. He’s infamous for having what is called the Dubao Death Squads, and it became a kind of private Army for the mayor. He used the DDS, or the Dubao Death Squads, to eliminate criminal elements. Later on we found out one of the members of the DDS, or the Dubao Death Squad, came out and gave a senate testimony and said that some of the people that were killed by the death squads were actually political enemies of Duterte.

Anyway, so you have this man with a colorful past, and for some journalists who were fascinated with him, there was this narrative that came out that he was both someone who was very good as an administrator, because Davao was wealthy. Then there’s the other side of Rodrigo Duterte, which also has been picked up by the Western media.

EDDIE CONWAY: Nerissa, I understand the Western narrative, but I understand also that there’s a history of the President’s family being involved in that region as warlords during the ’50s and ’60s and etc. and playing a key role. In fact, I believe his father was the governor of that particular region. Can you give us a little background on his family, because he’s part of the ruling elite, apparently, as you pointed out, but it seems like a very criminal part of it, also.

NERISSA BALCE: Yes. Absolutely. The wealth of the Dutertes is tied to the father being the patriarch of the Dutertes. The father of Rodrigo Duterte served as the secretary of President Marcos’ former cabinet. The former dictator had the father of Rodrigo Duterte as, I think, a Secretary of his affairs. From there, the patriarch becomes Governor of Davao. The wealth of the family is also tied to a family in southern Philippines who makes cheap guns called [foreign language]. If you are from the Visayas, as you know, that the Dutertes are relatives of the Durano clan, and they are a family that is connected to the gun industry as well as some shady businesses. But they’re also very politically inclined, and so the Duranos are wealthy and also politically connected.

EDDIE CONWAY: Yeah. It seems to me that there’s at least 3,000 deaths since he’s taken office, and there’s another maybe 3,000 deaths that’s being investigated that’s connected to his campaign to kill drug dealers. What’s the situation with that, and why is there no outcry around the world about it?

NERISSA BALCE: Well, the deaths for the extrajudicial killings range from 7,000 to around 11,000. There has been a lot of protests in the Philippines, particularly in the urban areas. Mostly in Manila, but also in different parts of the archipelago. There has been protests locally, but online, if you are a person that reads the news or if you read news blogs, you will think that Filipinos support the drug war and the killings associated with the drug war, because that’s what the Duterte administration says, that the killings are necessary because we are eliminating the criminal elements, particularly those who deal with drugs and those who use drugs.

The Filipino people, at least those who are against the extrajudicial killings, don’t believe this narrative. They don’t believe that killing Filipinos who use drugs or might sell drugs in the corner of their barrios, these are people that do this because of economic hardship. There are people that are against it. A recent response to the extrajudicial killings is an amazing new coalition of activists from different sides of the left and also the centrist, the politically centrist organizations. The Movement Against Tyranny was just launched a few days ago. It’s an amazing new coalition. It’s very active against the extrajudicial killings. They’re planning to have a huge march or protest on September 21, and the 21st of September is the Declaration of Martial Law. In 1972, that’s when President Marcos, or the Dictator then, declared himself as President essentially for life in 1972.

EDDIE CONWAY: Okay. Well, can you tell me, because one of the things that the main media and Western presses seems to harp on is that there’s a lot of support from the leftist movements as well as from the right. Is that the case in the Philippines? Those movements, the New People’s Army or whatever it is that was fighting a revolution, the communist movement, etc., are those movements supporting what he’s doing? I guess to add to that, apparently, most of these deaths seems like they’re directed toward the poor community, and most of the victims are impoverished?

The New People’s Army and the Communist Party of the Philippines have been waging revolution for 50 years. So there was this possibility that there would be a real peace negotiations. Something akin to, of course, people following Colombia and the politics there. They had recently … At least they’re still trying to have peace negotiations with the FARC. That was something that was being hoped for by both the legal and the underground or the Communist left, but since that time, since … I would say everything bogged down.

The peace negotiations ended maybe a month or more than a month ago. Duterte changed his tune. He started saying things like, “The left are spoiled. They are whiny brats.” It’s very similar to what Trump would say about activists in the streets. But Duterte went one step further by saying that the left would be arrested, particularly the peace negotiators, after … He was really planning essentially to cut ties with or to end the negotiations. Once the negotiations would end, he actually said that the peace panel would be arrested.

He made comments about how the founder of the Communist Party, Jose Maria Sison, who lives in the Netherlands in exile. He said that Sison should commit suicide. He does not represent any interests of any group, and he is someone that has been left behind or someone who is irrelevant now to the Philippines, because he is claiming, Duterte is claiming, that it is he who will bring the Philippines to prosperity and peace.

These kinds of statements have made progressives, Filipinos who identify as left in the very spectrum of what left means in the Philippines … Duterte has become … He is no longer anyone that is seen as progressive. Duterte used to claim himself as a socialist. He’s not. This is a man whose policy for addressing poverty in the Philippines is murder. His policy is murder. His policy is state-sanctioned killings.

EDDIE CONWAY: What can we look forward to? You say there’s going to be protests, demonstrations, etc. in the very near future?

NERISSA BALCE: Yes. There are protests now happening, so activists are planning to continue for the protests, even beyond the declaration or the anniversary of martial law on September 21. It’s very promising that activists from various stripes, political persuasions, have come together. I think that we will see a lot of protests for the next few months, and we hope that this will be the start of ousting Duterte.

EDDIE CONWAY: Okay. Thank you for joining me, then.

NERISSA BALCE: Thank you. Thanks very much.

EDDIE CONWAY: Thank you for joining The Real News.

​Nerissa Balce, associate professor in the Department of Asian and Asian American Studies at the State University of New York or SUNY at Stony Brook. Dr. Balce is the author of the book, Body Parts of Empire: Visual Abjection, Filipino Images and the American Archive, a book about the image of the Filipino native at…

September 2, 2019
Sign Up for Our Newsletter
Help Us Make Real News!