Marcy Wheeler of emptywheel.net says European governments still have to adopt and implement the resolution that whistleblower Edward Snowden is calling a "game changer"

Marcy Wheeler of emptywheel.net says European governments still have to adopt and implement the resolution that whistleblower Edward Snowden is calling a "game changer" 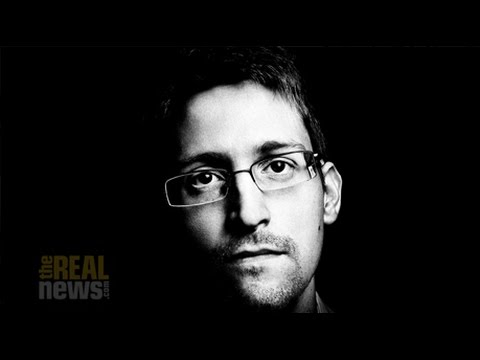 In breaking news, Edward Snowden, who is in temporary exile in Moscow, may have a chance at a safe haven in the European Union. On Thursday the EU parliament voted by a narrow margin of 285-281 in favor of protecting Snowden from extradition if he were to reside in Europe, a step towards allowing the NSA whistleblower to leave Moscow and safely live or travel on the continent of Europe. The motion, according to a statement from the parliament, says that it will drop any criminal charges against Edward Snowden, grant him protection, and consequently prevent extradition or rendition by third parties in recognition of his status as a whistleblower and international human rights defender.

Now joining me to discuss this is Marcy Wheeler. She is joining us from Grand Rapids, Michigan. She is an investigative reporter covering national security and civil liberties at EmptyWheel.net. She is the author of Anatomy Of Deceit: A Short Primer, and on pre-war intelligence and the CIA leak. Thank you so much for joining us, Marcy.

MARCY WHEELER: Thanks for having me.

PERIES: So Marcy, this is a great victory for all those who have been fighting for his release. But more importantly, a huge victory for the whistleblower protection community. Is it not so?

WHEELER: Well, we’ll see what happens. Basically the EUP is recommending that member states on their own drop any criminal charges against Snowden and refuse any extradition requests. And the question is, is any European state going to take that advice, and is Snowden going to be able to get to that country? So it’d be easy for him to get to Finland, for example, but a lot harder for him to get to France, because he’s going to have to fly. And the last time the U.S. thought he was flying they downed Evo Morales’ plane.

But it is important in that they recognized him as a whistleblower. The resolution came as part of a package of other resolutions calling for action, both within Europe and protection of European data transferred to the United States. So it sort of reflected an impatience on the part of the EU parliament that more hasn’t happened on surveillance. But as you said, I think it’s a really important symbolic victory for Snowden, because they recognized his value as a whistleblower.

PERIES: And do you know what his reaction was?

WHEELER: Well, I was watching his–now that he’s got Twitter you can watch it in real time, and he had clearly heard about it but hadn’t seen it officially. And then he was like, I guess this is official, and this is a big deal. He kind of saw it not as an anti-American move on the part of the EUP but rather reaching out in friendship. So he’s trying not to be confrontation to the U.S. with this. But he seemed really excited about it. He was still consulting, when he was on Twitter at least, with his European lawyer. So we’ll see what, what more develops from it.

PERIES: Great, Marcy. Thank you coming on on this matter on such short notice.