Emptywheel.net's Marcy Wheeler examines the impact of the expired Patriot Act provisions and whether the USA Freedom Act will curb the behemoth of American mass surveillance

Emptywheel.net's Marcy Wheeler examines the impact of the expired Patriot Act provisions and whether the USA Freedom Act will curb the behemoth of American mass surveillance 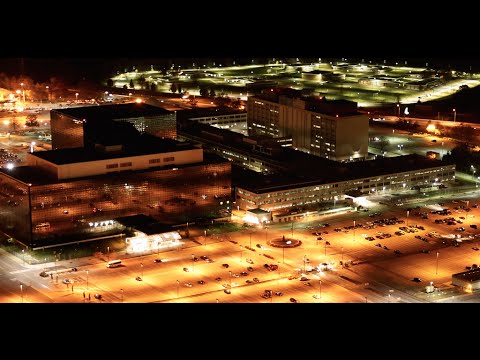 For the first time since 9/11, Americans can make phone calls without the National Security Agency tracking who they’ve called and for how long. That’s because on Sunday night three key provisions within the Patriot Act expired after Senate leaders were unable to reauthorize or extend them. But an alternative bill that reinstates some elements within the expiring provisions is being debated in Congress. It’s called the USA Freedom Act. On Sunday evening Senator Rand Paul voiced his opposition to legislation he says would continue the tradition of mass surveillance. This is what he said.

SEN. RAND PAUL (R-KY): It is, I think, maybe a minor success that we’re going to prevent the government from collecting these records. But realize that the interpretation of this will still occur in secret in the FISA court, and that this is the FISA court that said that collecting everyone’s records was relevant.

NOOR: This is the same program a federal court found illegal last month in a case filed by the ACLU. Well, now joining us to talk about this and more from Grand Rapids, Michigan, is Marcy Wheeler. She’s an investigative reporter covering national security and civil liberties at EmptyWheel.net and other outlets.

Thank you so much for joining us again, Marcy.

NOOR: So Marcy, the President, other top officials, say these expiring provisions, they endanger the lives of Americans. What’s your response, and is the USA Freedom Act the compromise Americans have been looking for?

WHEELER: Well first of all, there’s still a lot of surveillance going on. For example, you said that Americans can make phone calls without the NSA collecting it. That’s only true if they’re making calls domestically. If they’re calling overseas, the NSA is still getting all of those. The NSA is still collecting internet data that includes Americans’ data and tracking that overseas. The NSA can still access the content of Americans’ calls if they get picked up in conversations with foreign targets.

So there’s still a great deal of surveillance that sucks up Americans. And importantly, a lot of what expired last night doesn’t really expire. The phone dragnet does because the order for it also expired last night. But the majority of Section 215 orders are actually for internet content, and those deadlines probably didn’t come up last night, they’ll be grandfathered in. So that’s fine, we’ll continue to go on. The roving wiretaps. Anybody who’s on a roving wiretap right now on a FISA order, that’s going to continue to go on. So in point of fact, most of what quote-unquote expired last night continues today. It’s just the phone dragnet that got shut down.

As to your question of whether USA Freedom Act really fixes all of this. USA Freedom Act does get the government out of holding all of our phone records, which is an important improvement. But it’s not clear how well limits on bulk collection in the bill will really work. I happen to think that the language was far too full of loopholes, and so the government could continue to do dragnets of non-communication records. The government could get very bulky collections. Reasonable people disagree on that. But a lot of spying would still, a lot of very bulky spying would still go on under USA Freedom Act.

There are other reforms in the bill. But again, those are pretty weak. They’re pretty easy for the executive branch to undercut them.

NOOR: So are we seeing this system of surveillance perpetuating itself under a different name?

WHEELER: Well, that’s what always happens. I mean, the intelligence community keeps finding new shells to move things under. As it is this bill, the USA Freedom Act, it would get the government out of holding everyone’s phone records, but it would probably include far more records in the universe that they would pull in. So you’d actually have more innocent Americans sucked in to the NSA maw, although there would be more–who would be subject to all of NSA’s analysis than you do now. But the [tool] would also actually be more effective against terrorists. So that’s one of the tradeoffs in the bill that people should be aware of.

NOOR: And so can you talk about the possible ramifications with the court deal that we had you on talking about last month? I’m sorry, the court ruling that found this spying illegal last month. But it did not end it.

WHEELER: It didn’t end it because they said, well, Congress is about to end it. And I raised the question today, if the–what’s happening now is the Senate is debating some amendments. These are amendments offered exclusively by surveillance hawks. Richard Burr, the Intelligence Committee chair. And one of them, for example, would extend the transition period to a full year to get on to the new phone dragnet program.

ACLU is still a litigant. They are still a litigant in a suit where a circuit court has said the dragnet is illegal. And at the very least, I think they’d be able to go back and say, you got to take our records out of this dragnet if you’re going to continue it for another year.

And I also think people are not questioning what will happen with the House. I mean, the House was pushed to accept the USA Freedom Act as-is, and some of the amendments that Richard Burr is pushing in the Senate would gut important parts of the USA Freedom Act such as they exist. It would hurt the FISA court provisions, for example. And so we don’t know what the House will do if something like that happens.

There’s still some–I mean, I think it’s likely that USA Freedom Act will be passed maybe by the end of the week by both houses, and then the dragnet will be back in business for at least six months, but we can’t be certain.

NOOR: And it seems like Senate leaders miscalculated the anger and the mood right now when they tried to broker this deal, they assumed this renewal would get passed without any opposition.

WHEELER: Well, look, Mitch McConnell was playing chicken. What he wanted to do was create a false crisis, and use that false crisis to make the USA Freedom Act worse. And what he didn’t account for was that a week ago Friday Rand Paul, Ron Wyden, Martin Heinrich refused to let a short-term extension go. And last night, Rand Paul refused to let lone wolf and roving wiretaps go through. And so right now there’s nothing. And that’s really Mitch McConnell’s doing, because he got too close to the deadline and left himself exposed if people objected to going through quickly.

He’s still using the crisis that he created to try and make the bill worse. And he may succeed, we’ll see. But that would have happened in any case. That was Mitch McConnell and Richard Burr’s goal from the entire start, was to add things like a data retention provision to USA Freedom Act.

NOOR: And of course I think many would say that none of this would be happening if it wasn’t for NSA whistleblower Edward Snowden and his leaks, exposing this program.

WHEELER: Unquestionably. I mean, you couldn’t–in 2009, some people in Congress knew about the phone dragnet. Predominantly the two intelligence committees and the Senate Judiciary Committee. The House Judiciary Committee had had inklings of it, but didn’t have as good of an idea as the Senate. And yet they were never able to go out and say, look, the government is collecting every phone record from every American, and to use the political pressure of the public to say that’s unacceptable. And so there’s no question that we wouldn’t have seen the reforms that we’re seeing now go through without Edward Snowden.

NOOR: Thank you so much for joining us again.

WHEELER: Thanks so much.

NOOR: And thank you for joining us at The Real News Network.