Spain’s Economy is Growing, but Leaving Most Spaniards Behind

CEPR's Mark Weisbrot explains that even though Spain's economy has been growing recently, this is mostly due to external factors, without benefitting the majority of the population, making Spain Europe's most unequal country

CEPR's Mark Weisbrot explains that even though Spain's economy has been growing recently, this is mostly due to external factors, without benefitting the majority of the population, making Spain Europe's most unequal country 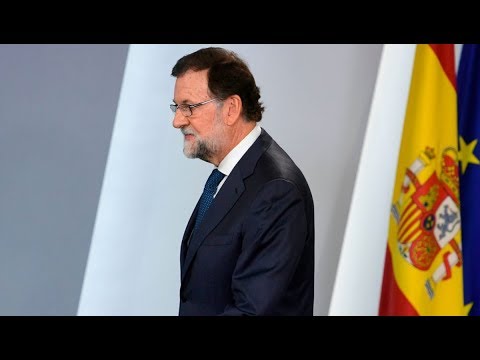 GREGORY WILPERT: Welcome to The Real News Network. I’m Gregory Wilpert, joining you from Quito, Ecuador. Protest and mobilizations continue in Catalonia, Spain where the region’s independence movement is fighting for a referendum on self-rule. Some analysts say that one of the issues that has propelled the drive for independence from Spain is the region’s relatively strong economy. Catalonia makes up about one-quarter of Spain’s GDP, while its population is only one-sixth of that of the rest of the country. However, Spain’s economy as a whole has been growing rapidly since it emerged from recession in 2013 and is now one of the European Union’s fastest-growing economies. This is in stark contrast to Greece, which remains mired in depression, and to which Spain used to be compared.

But just how did Spain emerge from its economic crisis of 2011 to 2013 and what does it mean? Joining us to examine this question is Mark Weisbrot. Mark is the co-director of the Center for Economic and Policy Research and is the author of “Failed: What the ‘Experts’ Got Wrong about the Global Economy.” He joins us today from Washington, D.C. Thanks for being here, Mark.

MARK WEISBROT: Thanks, Greg. Thanks for having me.

GREGORY WILPERT: So, you just recently returned from a visit to Spain and you’ve been paying close attention to the Spanish economy. As I mentioned in the introduction, since 2013 Spain’s economy has been one of the fastest-growing economies in Europe. The policies pursued by Spain after its recession were marked by austerity. Does this mean that austerity worked in Spain but not in Greece? Tell us about what happened according to your analysis.

MARK WEISBROT: Well, it’s not doing that well, actually. For the four years of the recovery, the growth isn’t that great. They had a decent year last year with 3.2% growth and 2.8% projected for this year. But if you look at the overall statistics that matter to people, especially unemployment, for example, is over 18% right now. And it would be a lot higher if it wasn’t for the 1.7 million foreign nationals that have left the country. And you have poverty and social exclusion is, people at risk for poverty and social seclusion is over 27%. And inequality has increased drastically since 2008. It’s the ratio of the top 20% to the bottom 20% is now at seven-and-a-half, which is the third worst in the European Union.

Even for people who are lucky enough to have jobs, the majority of them are only getting temporary contracts. So, all this is really not a picture of an economy that’s doing very well. It has a long way to go before you could say that it’s really even providing the basics for the majority of people and especially youth. The unemployment rate for youth is twice the level of the overall rate. This is really a pretty bad situation.

If you look at what the IMF, which really represents the European authorities because the European directors decide what the IMF writes, and says and recommends for Spain. If you look at what they’re saying, they want more austerity. They’re very worried about maintaining and increasing the so-called structural reforms that they think are important for the recovery that they’ve had, which means weakening the bargaining power of labor, cutting health care spending. These are the kinds of structural reforms that they’ve had and continue to be recommended. The worst thing, I think, is the way they’ve accepted mass unemployment. And again, it’s not really just the IMF, it’s the government and the European authorities, European Commission, the European Union. They’ve accepted mass unemployment.

So, if you look at the IMF numbers, they say that the Spanish economy will reach its potential output in 2019, so that’s basically a year-and-a-half from now. And yet unemployment will still be at 6%, sorry not 6%, 16%. So in other words, 16% unemployment is going to be considered full employment going forward. And that to me is something of an abomination. I mean, I don’t see how anybody could accept that as the future of Spain.

GREGORY WILPERT: I mean, unemployment was pretty high before, I mean, far higher. I think it reached almost 25% at one point. So they did get it down. So you don’t think that they’ll be able to push it down below 16%? And if not, why not?

MARK WEISBROT: Well, I think the main thing is fiscal policy at this point. They need to invest more and create jobs. Productivity has been very low. So the private sector is not investing enough to increase productivity. There’s all kinds of things they can do to create jobs. The interest rate at which they can borrow for 10 years is now 1.6%. That’s the yield on a 10-year bond for Spain. So, they can borrow at 1.6%. And that’s actually the rate of inflation that they have right now, too. So in other words, the borrowing is free for them in real terms, inflation-adjusted terms they can borrow. That’s what they should be doing. But of course, the European Union rules don’t permit that. And in fact, if you look at how they actually recovered, this is another way to see how completely wrong the policies of the government, the right-wing government and the European Union have been for Spain.

If you look at what actually happened, how did they recover? In 2015, they grew twice as fast as was expected. So, what did they do? What was the cause of that? The IMF determined that two-thirds of that was from the European Central Bank lowering interest rates, which we can talk about if you want. That’s a really good thing but it wasn’t the Spanish government’s policy. And from the lowering of oil prices and the rest of it was due to Spain actually having an expansionary fiscal policy. In other words, it ran bigger deficits than it was, it ran deficits, it increased its structural deficit spending, and it violated the terms that the government agreed to with the European Union. So, they did the opposite of what they had agreed to do in terms of austerity. And that’s part of why the economy recovered as much as it did, in addition to the external factors.

So, that goes completely against what the authorities, again, the government and the European Union authorities have been recommending for Spain. They’ve been saying, “Okay, you’ve really got to have this austerity because you have to push down wages and make Spain more competitive.” And they did manage to hold down wages. And they did create mass unemployment, which pushed down wages. This is what’s called an internal devaluation. They can’t control the currency because it’s the Euro. And so the idea is if you can’t devalue by lowering the value of your currency, you have to lower these labor costs so that you have what’s called an internal devaluation. And then you export your way out of the depression. But the problem with that-

GREGORY WILPERT: Sorry. That brings me actually to the other question, which is related, which is that clearly an internal devaluation would seem to imply also increasing inequality to some extent, at least for those people who are affected by that the most. I mean, according to a 2016 Oxfam report, Spain has “greater inequality almost 10 times more than the European average, and 14 times more than Greece.” So is that where this inequality comes from, from this internal devaluation?

MARK WEISBROT: Yes. And the IMF noted that as well. That what happened was employment fell by about 20% from 2008 to 2013 and it hasn’t picked up enough to make up for that. And that’s where the inequality came ’cause the people, that’s where the vast increase in inequality came, the one that I mentioned since the recession. Because it was the poor workers, the lower-income workers that were most affected by the loss of jobs. So you have this inequality.

And, again, the internal devaluation didn’t really work because even though Spain did increase its exports, if you look at what actually matters for growth and employment, which is net exports, that is exports minus imports, that has not contributed anything to the recovery of the last four years.

GREGORY WILPERT: And so what kind of economic policy would you say that Spain should follow or pursue in order to have a more equitable type of growth and a true lowering of unemployment?

MARK WEISBROT: Well, they would need a more expansionary fiscal policy. I mean, the European Central Bank is engaging in quantitative easing and keeping interest rates low. It took them quite a while. They did it eight years after the Federal Reserve did it here in the U.S., but they did finally come up with a monetary policy that they needed. And so it’s really fiscal policy. It’s budget policy. As I said, they can borrow for free in real terms and so they should do that. Or they could also, I mean, obviously they’re not allowed to do that under the European rules. But Spain’s a big country. I mean, it’s not like Greece. They could try to negotiate that. They could have some… but they’re not gonna do that because, well, they’re not gonna do any of these things ’cause they have a right-wing government. But when they get a more progressive government, that’s one of the things they could do.

Even without having to go against the European Union constraints, they could also increase employment by raising taxes and spending that. What economists call balanced-budget multiplier. In other words, if they raise taxes and spend more money, they can still create jobs and move closer to full employment. And Spain has a relatively low level of government spending relative to its economy as compared to the rest of the European Union, so there’s room for that as well.

And I think you obviously have, you’ve had a lot of resistance to these policies that have given them this prolonged recession,and the weak recovery and the mass unemployment. You have, as you know, Podemos became one of the largest parties in the country after just a matter of a few years. That’s a left party that’s promoting, they actually have an economic program that specifies exactly that: increasing government spending on infrastructure and other productivity enhancing and energy transformation, as well, to create jobs and move the economy closer to full employment.

GREGORY WILPERT: Yeah. Well, we’re gonna continue looking at that, especially since as you suggested there might be change in government, especially after these protests and all the things that are happening in Catalonia. We’ll certainly come back to you to see if they have developed more beneficial policies by then. So thanks, Mark, for joining us today.

GREGORY WILPERT: I was talking to Mark Weisbrot, the clinical director of the Center for Economic and Policy Research and the author of “Failed: What the ‘Experts’ Got Wrong about the Global Economy.” Thank you for watching The Real News Network.