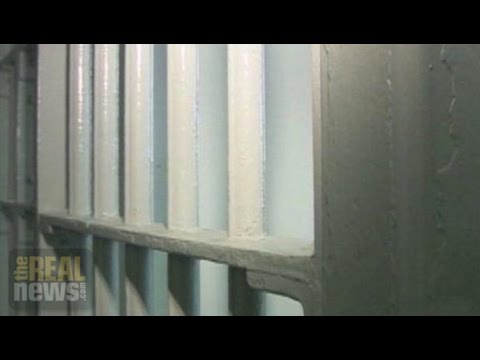 MEGAN SHERMAN, TRNN CORRESPONDENT: On Thursday, February 19, advocates gathered in front of the State House in Annapolis, Maryland, to back a bill that would eliminate the governor’s role in granting parole for prisoners facing life sentences. The rally, organized by the ACLU of Maryland, came before a preliminary hearing over the legislation. If passed, the bill will put the power to release prisoners early into the hands of the parole board. This is the ACLU’s Sonia Kumar.

SONIA KUMAR, STAFF ATTORNEY, ACLU OF MD: Maryland is one of only three states in the country that requires the governor to personally sign off on parole for persons serving a parole-eligible life sentence. In Maryland, we have more than 2,000 people that are in this category.

KUMAR: Because of actions that sort of initiated more than 20 years ago, our process has become so politicized in the last 20 years, no one has been paroled, no lifer has been paroled, despite being recommended by the parole commission.

SHERMAN: One incident that comes to mind was the high-profile case of Massachusetts lifer Willie Horton. He was on work release when he escaped to Maryland and committed rape and burglary. This became a major election issue in the 1988 presidential campaign of Democrat Michael Dukakis, whose opponent George Herbert Walker Bush attacked him over his support of work release programs for lifers during his tenure as governor of Massachusetts. Later, the 1992 case involving a Maryland lifer, Rodney Stokes, who while on work release took the life of his girlfriend and then himself, would impact all of the prisoners serving life sentences in the state.

KUMAR: That then sort of–that caused the state to not only pull back in every single lifer that was on work release, regardless of whether they had done anything wrong, but it also generated this life-means-life policy in Maryland.

SHERMAN: As a result, former Maryland governor Parris Glendening held a press conference in 1995 announcing that he would not be allowing lifers parole. In a 2011 interview with The Baltimore Sun, he stated that his decision was not based on fact, but merely politics, as it helped to raise his public approval rating. Bilal Rahman, who spent over 20 years in prison, says that the governor should be removed from the process because of all of the politics surrounding the issue of lifers receiving parole.

BILAL RAHMAN, FORMER MD PRISONER: I think it is criminal that the governor is involved in this process and politicizing this whole issue when you have a parole commission that is designed to do exactly what they’re doing. So what this bill will essentially do is remove the governor from the process, allowing the parole board to do the job that they was assigned to do.

KUMAR: And so it doesn’t mean the floodgates are opening. All it means is that when the parole commission recommends that somebody be released, that next step will actually happen.

SHERMAN: Preliminary hearings will continue on Friday, and there will be a final hearing in the upcoming weeks. The Real News will continue to follow this story as it develops.