The Michael Ratner Report: Trial has a 40 second delay on feed to journalists so military can censor testimony

The Michael Ratner Report: Trial has a 40 second delay on feed to journalists so military can censor testimony 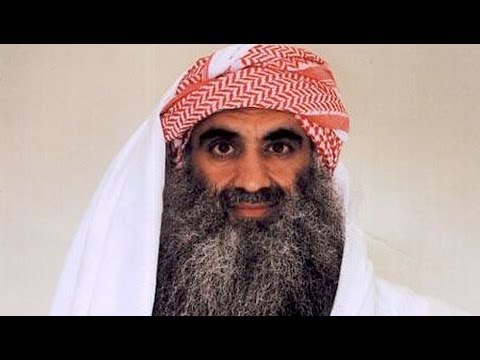 PAUL JAY, SENIOR EDITOR, TRNN: Welcome to The Real News Network. I’m Paul Jay in Baltimore. And welcome to this week’s edition of The Ratner Report with Michael Ratner, who now joins us from New York.

MICHAEL RATNER, PRESIDENT EMERITUS, CENTER FOR CONSTITUTIONAL RIGHTS: Always good to be with you, Paul.

And yet today we hear nothing in the debates about Guantanamo. And that’s not because it’s closed. It’s still open. In fact, there’s 166 people remaining in Guantanamo. Eighty-six of those have been cleared for release. They’ve been there ten years, and they’re still there. We can get into why they’re still there, Obama’s failure, but it’s a failure, and no one seems to care about it.

But the things I want to emphasize today about Guantanamo are really two. First, as we speak, the trial or the preliminary parts of the trial of the so-called Conspiracy Five, the people who the U.S. claims were behind the 9/11 attacks on the World Trade Center, are on trial at Guantanamo. The lead is, of course, Khalid Sheikh Mohammed, who the U.S. calls the mastermind of the 9/11 attacks. And what’s interesting about his trial: it’s before a military commission.

Now, Obama also said that he would reexamine the military commissions. He suspended them, and he started them again.

But with Khalid Sheikh Mohammed, there’s two or three points that have to be made. One is, of course, he was kept in custody from 2002 or ’03 until 2006, when he was waterboarded during that period 183 times in a black site, in a secret site. He’s then taken to Guantanamo, where, of course, torture, overt torture like that, is finished. So that’s Khalid Sheikh Mohammed.

This trial is going on, and the first thing that comes up in the trial is whether he, Khalid Sheikh Mohammed, and the others are going to be allowed to testify as to their torture, what happened to them, their experiences of being tortured, etc. The government comes in and says, well, they can’t talk about that, that’s classified. Well, that sounds crazyâ€”wait a second, this happened to me, I was tortured, and I can’t talk about it? How is that classified, what happened to me, my own experiences? And that’s being argued out right now. But that just shows how off-the-charts what’s going on in Guantanamo is. They can’t even talk about their own experiences of being tortured.

They also are being censored all the time. The press is complaining because there’s a delay between what’s said in court and what the press is allowed to hear, a 40-second delay. They never have that kind of delay in any national security court. So what we’re really seeing play out at Guantanamoâ€”.

JAY: But hang on for a sec. A 40-second delay means someone is sitting there with a button that if they don’t like what’s said, they can push the button and stop the broadcast. That’s the only reason they have the delay, right?

RATNER: That’s correct. I mean, there the fear is, of course, something classified’ll come out. But they don’t have that in any other proceeding. I mean, so, exactly right: there’s someone sitting there, and if they don’t like what’s going to happen, they hit the button and the press can’t hear it. They can’t even litigate against it because they don’t know what happened in the 40-second delay or what’s being excluded. So that’s another big outrage.

So there’s a lot of bad things going on with these trials.

And military commissions, in my view, from the beginning have been illegal. It’s the thing that got the Center first involved was the idea that they were going to set up these rum courts to try people. They’ve gone through a lot of iterations, but in the end, that’s what’s happening to Khalid Sheikh Mohammed.

Now, what’s also interesting is thatâ€”listeners or your viewers may recall that they were supposed to try these five in New York City. And Eric Holder actually had prepared an indictment of the five, and they were going to be brought to the southern district of New York and tried, and it was all approved. And then, if you read any books and material about what happened, there was a pushback from the CIA and others, and Obama essentially folded. He said, it’s too much pressure for me, I’m not going to do it. And Holder then, with this big indictment of these five guys, a trial that could have happenedâ€”they could have supposedly, assuming that the evidenceâ€”been convicted here, but it didn’t happen, and now they’re going through this charade in Guantanamo. So that’s what we’re seeing.

And as an aside to that, now that we’re talking about torture of Khalid Sheikh Mohammed and waterboarding, as well as Eric Holder, this week had an extraordinary development. The Justice Department under Eric Holder gave out its distinguished service medals. The first one went to people who had done something in, I think, New Orleans. The prosecutors had gone after the cops. The 13th or 14th medal went to a prosecutor named John Durham.

John Durham was appointed by Holder to investigate the torture of Khalid Sheikh Mohammed and the 100 or so people that were taken to black sites. A few months ago, he came out with a report that said, I’m not prosecuting anybody, which really was the final death knell for any accountability for torture. Now you see this charade, this incredible outrage of Eric Holder giving a distinguished service medal to a prosecutor who refused to prosecute the people who tortured Khalid Sheikh Mohammed and others. So that also fits into the Guantanamo story.

And the last thing that happened this week on thisâ€”an important oneâ€”is that the driver for bin Laden, or the alleged driver for bin Laden, a man named Hamdan who had been convicted or actually pled guilty at Guantanamo of materially aiding terrorism, served his sentence and is back in Yemenâ€”back in Saudi Arabia right now. His conviction continued to be appealed, and it was reversed by a very conservative circuit court in Washington, D.C. And it was reversed on interesting grounds.

They convicted him of materially aiding terrorism by being bin Laden’s driver. The problem was he allegedly did that in 2003 or 2004, and they didn’t establish that as a violation of military law that could be tried by a military commission until 2006. So the court said, what are you doing trying him on something that wasn’t a crime for a military commission in 2003, but now you made it a crime after the fact? And they reversed his conviction, which is also going to toss out the other six or sevenâ€”or could toss out some of the six or seven prior convictions before military commissions.

So think about this. Two thousand and one, we have the 9/11 attacks. A short time later, Bush issues an order to try people before military commissions. Eleven years later, we’re still sitting with 166 people in Guantanamo. We’ve only tried seven different people in front of military commissions. The charade’s going. And now you can’t even talk about torture if you were tortured yourself. And we’re seeing neither candidate stand up and say anything about the fundamental human rights violations at Guantanamo.

And what it makes you think: if Bush had remained president, or if there was a Republican in, I can almost guarantee the Democrats would be screaming about Guantanamo being opened, about Khalid Sheikh Mohammed not being able to talk about torture, and about John Durham getting a medal of honor for failing to actually carry out an investigation that resulted in an indictment of people of torture.

JAY: Okay. Well, that leads me to my final question, then. And I’m asking most of my guests this question. You know, you’re suggesting it now, and in a previous interview you said, there’s very, very little difference between President Obama and Bush on human rights issues, and you doubt there’s going to be much difference between President Obama and candidate Romney. So if that’s the case, what attitude do you have towards these elections? And concretely, if you live in a swing state, what would you do?

RATNER: Well, first of all, I don’t spend a lot of time debating who’s better or who’s worse. So if I get into a discussion of immigration, for example, the fact is Obama has deported three times the number of people that Bush deported. On the other hand, he did sign into effect some of the Dream Act. So you can debate these issues forever.

On the fundamental issues, my office, the Center, is litigating, what you have to do on these issues of Guantanamo, torture, military commissions, accountability, there’s literally no difference in the two guys. I mean, I wouldn’t cast a vote for Obama or Romney based on that.

On the other handâ€”and I wouldn’t spend a lot of time debating these issues.

On the other hand, I do think that Romney is a throwback, that he is trying to send this country back to the 19th century, where women are in their place, where the country isn’t going to be the 50Â percent black and Latino country it’s going to be in 20, 30 years, and he has an image of a 19th-century America on women, on race, that I think is antithetical to who the United States is becoming or has become. And therefore, on that basis alone I would go into a booth in a swing state and cast my vote for Obama, because I think the image of the country’s better.

And the fundamental issues of war, of drones, Guantanamo, no difference at all. In fact, one could argue that Obama has been worse than Bush on those issues.

RATNER: Thank you for having me, Paul.

JAY: Thank you for joining us on The Real News Network. And don’t forget there’s a “Donate” button over here. If you don’t push it, we can’t do this.