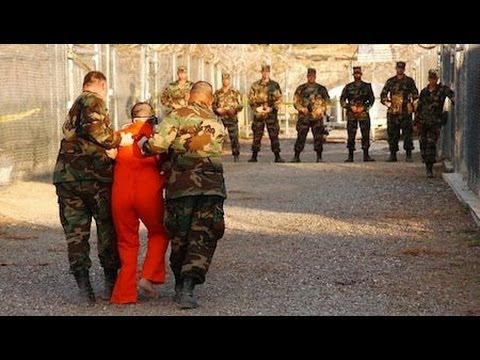 KAYLA RIVARA, TRNN PRODUCER: Welcome to The Real News Network. I’m Kayla Rivara in Baltimore. And welcome to another edition of The Ratner Report. Now joining us is Michael Ratner.

Michael Ratner is the president emeritus of the Center for Constitutional Rights in New York. He is also a board member and regular contributor for The Real News Network.

MICHAEL RATNER, PRESIDENT EMERITUS, CENTER FOR CONSTITUTIONAL RIGHTS: It’s always good to be with you and The Real News.

RIVARA: Can you talk to us a little bit about the latest in Guantanamo?

RATNER: Yes. I mean, the Center for Constitutional Rights and myself have been representing Guantanamo detainees since it opened. It will be 12 years January 11. There’s still 156 people in Guantanamo.

I just want to make a prediction. There will still be people there when President Obama leaves office, despite his promise to close Guantanamo in a year from when he went into office.

So, unfortunately, he’s been weak-kneed. Congress has been bad, but I really lay it at the president’s feet. Yes, we’re starting to see some people released, but he’s going to have to release people dramatically.

In addition, even if we were to ever get it physically closed, the concept of indefinite detention unfortunately is now joined at the hip with our legal system. It’s an illegal, unconstitutional system. And it’s sad that that’s the case. So whether this Guantanamo closes, another one will open. Another one is already open at Bagram. So in the end, we’re not winning this battle, although people are starting to be released now.

There are a couple of immediate things I wanted to bring to people’s attention. One is an area we don’t talk about that much, which is the ongoing trials at Guantanamo. There’s a trial going on for the alleged conspirators of 9/11. Think about it. Eleven years, 12 years, almost, later, and it’s still–12 years later and it’s still going on. And those were people who were tortured. They were waterboarded. They were taken to secret sites. And then they were put in front of made-up trials, military commissions, completely made up, completely illegal, completely contrary to international law. And there’s these charades going on down there. I mean, it’s more–it’s as if the emperor has no clothes, but no one seems to be willing to say it except for a few people like the Center and other civil liberties groups and a few others. But those trials are going on.

And one of the most unique things that’s happened in those trials, to me, is that these men, who have been tortured and waterboarded, have had their memories classified. Think about that. The criminality that’s happened to them, the torture that’s happened to them, they are not allowed to speak about it. They can tell their lawyers about it, but the lawyers cannot tell the public about it, and it’s classified memory–I mean, unheard of. This is something that, oh, you know, you think of in some Kafkaesque gulag, that you would actually classify what happened to people when they’re in those Kafkaesque torture centers, whether Argentina, Chile, etc. But that’s what the United States has done.

This week we had a ray of hope. This week the lawyers are arguing for their clients by saying, stop classifying their memories. They ought to be able to testify at their trial about how they were tortured, ’cause that obviously has an effect on whether any confessions they made were voluntary and whether the cases ought to be dismissed because the government misconduct is so bad, etc.

We still don’t have an answer, but finally it appears that the judge may allow these defendants to testify about the torture that happened to them. But it will likely be in a completely closed court–the lawyers’ll be there, the judge’ll be there, the prosecutor’ll be there, and that’s it. So you and I and the listeners will never know firsthand how the United States and the effect of what the United States did in terms of its waterboarding of these and others.

It’s just an outrage. But it’s just another thing that tells me how all of those liberals and others who said military commissions, great idea, just put a bunch of nice rules about them, they sound great, it’s crazy.

And these trials were going to happen in the United States–in New York, in fact. And Obama at the last minute, after they were already indicted because of pressure from the mayor, etc., decided not to have them here in a regular federal court. So now we’re going through kangaroo trials, if you can even label them that, in Guantanamo.

A second important development on Guantanamo is the original general who actually built the dog cages for my client and for the first 100 or so people who went to Guantanamo, General Michael Lehnert, wrote an op-ed in the The Detroit Free News that took on not just Guantanamo ought to be closed, it’s not in our national interest, it creates more terrorists, all the usual things you hear from people who mea culpa, oh, it’s too late, we should have–you know, we should close it down now, but he actually said something more forceful: he said it should have never been opened in the beginning, it never served any purpose in the beginning, and what it was set up–and this is important–it was set up as an interrogation camp. It wasn’t set up because people, you know, were so dangerous, even though Rumsfeld said they were the worst of the worst, but it was set up to interrogate people.

And we didn’t learn anything from them. We didn’t have such important people there that knew anything about it. And, you know, I knew this at the time. I looked at this very early on, right after the camp was set up. And the Geneva Conventions particularly outlaw interrogation camps because they were used by the Germans during the Second World War, and they’re explicitly outlawed.

And we went to court, we and all the other lawyers who were litigating this at the time–not a great many of us, but some, and a decision came down in a case called Hamdi in 2004 that said, you can hold people as prisoners during this so-called war on terror, but you cannot hold them for purposes of interrogation.

The second thing he said–also very important. Here if we look at our situation, 156 people left at Guantanamo, a handful have been charged and are on trial, you know, completely BS trials, horrible, ridiculous, you know, show trials of the best or worst sort, but no one else has been charged and tried. In fact, half of them have been told they’re cleared for release. And what General Lehnert says is, we have a constitution in this country, and that says you don’t put people in prison and hold them unless they’re charged, tried, and convicted, and therefore everyone ought to be released from that camp unless they’re charged, tried, and convicted. That’s way beyond anything the Obama administration has said, way beyond what even a number of civil liberties groups and others have said. He’s saying, we have a constitution, you comply with it. And I’m saying he’s right.

And that provision in our constitution goes back to the Magna Carta, 1215, 800 years ago. And what this country has done has utterly shredded an 800 year legal history that said that people can’t be jailed by an executive or a king. They have a right to go to court, a right to test their detention, a right to be tried and convicted before they’re sentenced.

So those are two important aspects of Guantanamo, what’s going on at the commissions.

David Lehnert–what Michael Lehnert, the general who set up the camp, said–I do want to say, when it comes to Michael Lehnert, it was a great statement. But what I would have liked to see him do as well is own up to what happened when he set up that camp. Those are the famous dog runs, you know, those long runs, you know, with the wire on the sides, you know, elements getting in. I have been to Guantanamo. Bad conditions. And I would have liked him to say, you know, things were bad when I was here. And we know they were bad because people like Moazzam Begg have written books about those first six months in the camp, and it was terrible. So I think it would have had added a lot to his statement to say, and yes, I bought the Kool-Aid, I was into this, I shouldn’t have done it. Unfortunately, he didn’t go that far. Perhaps he will soon.

The third and last point I want to make about Guantanamo is a letter that was sent by a coalition of groups, including my office, the Center for Constitutional Rights, to Secretary of Defense Hagel on what’s going on with the recent hunger strikes. Two important things have happened. The Defense Department has issued new standard operational procedures, SOPS, about how they handle hunger strikes, and they have not made them public. Even though they said they were going to make everything transparent about how they’re treating the prisoners there, they haven’t made them public.

And it’s our view, my view in particular, that those ways of dealing with hunger strikers most likely violate medical ethics, if not the law, against abuse and torture. That’s what we’ve seen before. That’s what I fear we see now.

So these dozen groups have just written this letter saying, make those standard operating procedures public. We’re fearful that our clients and our people there are being abused, tortured, and the medical ethics are being violated.

The second thing the letter attacks is, you know, all of a sudden, this–you know, you can’t believe it, you can’t believe the government. All of a sudden they say, we’re no longer going to announce how many people are on a hunger strike. I mean, they’re not telling the nation or the world that there’s–the numbers on the hunger strike. And, you know, it’s very important that that information gets out. It’s very important public information that we know what’s going on in a prison under our control, how many people are resisting that prison, what’s happening to those people. And yet this government in another wonderful show of the obvious, you know, lies we’re getting about transparency, about Obama and secrecy, we’re not being told any longer how many people are on hunger strike.

So there you have it. You have a Guantanamo under the current president that, very sad to say, is violating, you know, most of the law and most of the rules that any civilized society should have in handling any of its prisoners.

RIVARA: Well, we will certainly be following up with you on this very important issue. Michael Ratner, thank you so much for joining us.

RATNER: Real News, again, thank you for having me.