Money for Police and Prisons but Not for Heat in Classrooms 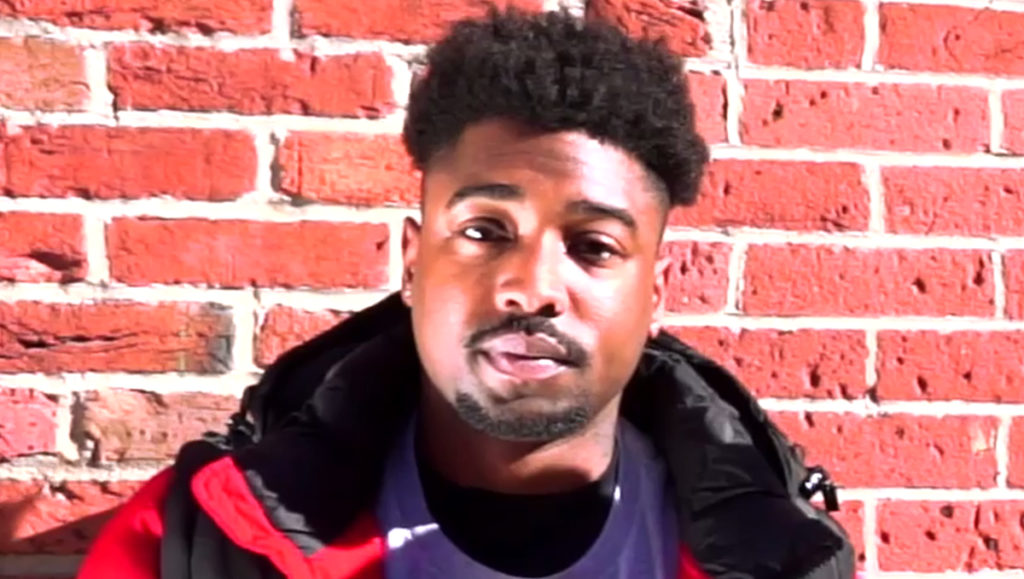 JAISAL NOOR: I’m Jaisal Noor with The Real News Network. We’re here in Baltimore, Maryland, where the public school systems here have been the focus of outrage and national news attention because of freezing classrooms across the city. Now, we’re here with Kondwani Fidel. He is an author, a speaker, he has his new book out on Amazon called ‘Raw Wounds.’ You’ve been writing about the Baltimore school systems, you work with youth in the school system. Give us your thoughts about the conditions in the schools today.

KONDWANI FIDEL: I would just say, something I mentioned in my piece was the state approving a $35 million budget for a youth prison, but the kids don’t have the basic needs in their educational systems as far as the equipment that they’re using. They sit on ancient desks, right? Patterson High School they’re still being taught on chalkboards, and you see with the heating, in September 2017 there was a classroom at Patterson High School that was over 100 degrees. Recently, you know, within the past week or so, the schools are literally freezing. Kids can’t get their education because they’re forced to learn in these cruel conditions. And it’s not like we’re asking for every Baltimore City student to have brand new iPhone 8s and iPads, you get what I’m saying? We’re asking for basic things that people need in order to survive, like heat, you know, healthy foods and you know, air. So for them to approve a $35 million dollar budget for a prison and to say that we don’t have money, “Oh it’s gonna take five years for us to fix the heat and the air,” then that’s just a blatant message to the residents and Baltimore students that this government does not care about us.

JAISAL NOOR: Would this ever happen in Baltimore County or Howard County or Montgomery County, districts that are majority white and far wealthier than Baltimore?

KONDWANI FIDEL: Of course not. You know, one thing that people always like to leave out of the conversation is racism. Like I say, people can’t call black people, you know, biologically inferior to white people, or they can’t just call us the N-word, so they use terms that drip in racism, like ‘limited funding’ and things of that matter, you know?

JAISAL NOOR: So throughout the school system’s history in Baltimore, going back, you cited some 150 years, even longer, it’s been a struggle led by black families to even get public schools. Until 70 years ago, there was only one black high school for African Americans in Baltimore. You talk about how always it’s black families, the black community that’s leading this fight; there’s been a GoFundMe page, there’s been all these efforts just to raise money for space heaters. Talk about what role the black community is playing right now.

KONDWANI FIDEL: So, everybody knows that black people in America, we basically freed ourselves. Even us saying, in 1860, Jefferson Davis, he was objecting this bill that was supposed to give black people education in D.C. and he said this government was not founded by Negroes nor for Negroes, but by white men for white men. The inequalities between a black and a white race were stamped from the beginning, and that says it all. You know, I even talk about Maryland’s emancipation day, and I don’t remember the exact date, but you know, Lincoln told these free people like, “Make sure y’all improve your education and y’all’s moral character,” knowing that Maryland had constitutions in place where black people couldn’t go to school. So they always hit us with the okie-doke, they act like they giving us one thing when really they aren’t giving, they ain’t giving us nothing. You get what I’m saying?

That’s why what I do and what D. Watkins does and what Devin Allen does is very important, because we going through the school systems, but we’re not a part of the school systems, and we know that if our work is in these education systems, you know, children have to be in school at some part in their life. You know, like I say, I don’t have a one-size-fits-all solution to every problem in Baltimore, but if they can get access to the things that we’re trying to teach them and how we’re trying to get them to maneuver through the systemic oppression, then I feel like that’s just one or two ways that we can help.

JAISAL NOOR: And you talked about the $35 million youth prison that’s being built. The city spends some $500 million on policing every year, far less than any other jurisdiction on the schools. So, you’re almost expecting students to not succeed and to fit in this mold they’re creating.

KONDWANI FIDEL: Right. And I mean, like I said before, it’s just a blatant message stating how they feel about Baltimore city youth, because you have these corrupt police officers who are out here murdering people, they’re out here beating people up, sexually assaulting them, searching for drugs and guns that they don’t even have on them, and they’re getting paid all this extra overtime that they’re-

KONDWANI FIDEL: And they’re planting those weapons if they don’t find them. And they’re stealing all this overtime, but you telling us that we can’t get air and we can’t get heat, but y’all giving these crooks millions of dollars. So that shows that y’all support criminals and not our well-being.

JAISAL NOOR: So you work with students in the school system, talk about what you’ve heard from the youth in Baltimore today, what they’re asking for and what they hope, because now the spotlight’s on Baltimore again. What they hope that people take away from this.

Like, I saw in September it was one little article written about the school that was 114 degrees, 105 degrees, however high it was, ain’t no classroom supposed to be 100 degrees when you trying to learn. You know, one article was written about it and it was shared a couple times, but because this issue got national attention, that’s why everybody’s caring and that’s why, you know, they got this emergency, is it $2 million budget that they about to fix the schools with? So why do it got to get national attention for y’all to care, because they don’t care about us, they care about what people saying about them, you get what I’m saying? So, it’s going to be an issue now and later on down the line it’s going to be another issue, and there’s really nothing that we could do about it except for just doing what we doing and that’s sticking together and finding ways to teach one another and get people to understand the points of education and literacy and try to, you know, help one another maneuver through the systemic oppression.

KONDWANI FIDEL: Thank you. Thanks.

JAISAL NOOR: Thanks for joining us on The Real News Network.