Renowned climate scientist Michael Mann says its necessary for the Obama administration help farmers deal with climate change, but moving forward forward the Keystone XL, it will be the worst decision of his presidency and could bring the planet closer to climate disaster

Renowned climate scientist Michael Mann says its necessary for the Obama administration help farmers deal with climate change, but moving forward forward the Keystone XL, it will be the worst decision of his presidency and could bring the planet closer to climate disaster 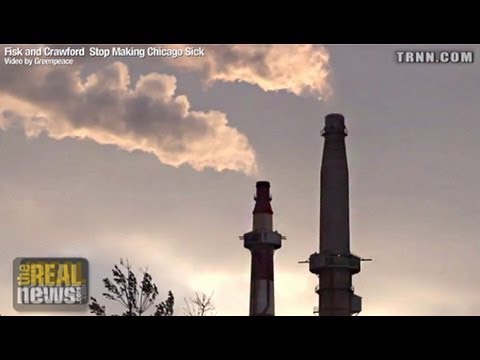 On Wednesday, the Obama administration announced a major new initiative to help farmers deal with the impacts of climate change. According to a statement, seven new regional climate hubs will help farmers get access to “tools to respond and prepare for the challenges of drought, heat stress, excessive moisture, [and] longer growing seasons”.

The announcement comes less than a week after the State Department released its long-awaited environmental impact statement, which said building the Keystone XL Pipeline, which would stretch from Canada to the U.S. Gulf Coast, would not make a major impact on greenhouse gas emissions or climate change.

Meanwhile, a study released earlier this week found that pollution released in the process of recovering oil from tar sands is two to three times higher than originally thought.

Environmental and indigenous groups have held hundreds of rallies and vigils and vowed to fight that pipeline.

Now joining us to discuss this is Dr. Michael E. Mann. He’s a distinguished professor, director of the Earth System Science Center at Penn State University, author of the book The Hockey Stick and Climate Wars. He has a new piece out called “Approving Keystone XL Could Be the Biggest Mistake of Obama’s Presidency”.

MANN: Yeah. So this latest announcement, that the administration is going to be setting up these hubs to help farmers deal with the impacts of climate change that they are already facing, it’s important that we do that. The fact is that there is a certain amount of climate change that’s already locked in, that’s already in the pipeline. Even if we stop burning fossil fuels today, we are still committed to as much as another degree of warming of the globe, a worsening of drought, potentially even more extreme weather, damaging weather. So we’re already going to need to take precautions, to take adaptive measures to deal with the impacts that climate change is already having and will continue to have.

That having been said, it’s also critical that we do whatever is necessary to avoid any additional climate change beyond that which we are already committed to. And the president, in his State of the Union address last week, said that he wants to be able to look back at his children and his grandchildren decades from now and say that he did everything he could to prevent climate change, dangerous and potentially irreversible climate change, from happening.

NOOR: I want you to address two points. The first is: what will the actual impacts be? The State Department says it won’t have a significant impact, that the tar sands will get extracted anyway, so whether we build this or not, that the impacts will be made. And also, symbolically, what does this signal about the Obama administration’s overall attitude towards climate change? And, of course, you know, Obama’s the president. He could make significant changes, not just have statements about climate change.

MANN: That’s absolutely right. And, you know, the president this summer announced executive actions that he was planning to take to prevent the worsening of the climate-change problem. And among those executive actions were placing far greater restrictions on new coal-fired power plants, that any new coal-fired power plants would have to engage in carbon capture and sequestration. They wouldn’t be allowed to put that carbon into the atmosphere.

Now, the State Department has tried to justify this decision based on an impacts assessment, which in the opinion of most scientists that I know who have looked at it is somewhat inconsistent and not really justifiable. What they’ve said is, well, we would go ahead and we would find a way to tap and transport this tar sands oil anyways. But that isn’t true. Right now there are only about 25,000 barrels of oil from the tar sands that are being shipped by rail. If this pipeline were to be built, that would allow for the better part of 1 million barrels of tar sands oil a day. So to argue that in the absence of the pipeline we would somehow scale up from a rail infrastructure that right now can only transport about 25,000 barrels to the better part of 1 million barrels just is incredible.

Moreover, we know what the dangers are of shipping tar sands oil by train. In Montreal–or Quebec earlier this year there was a train full of tar sands oil that crashed into the city. And so to argue that we would otherwise still engage in dangerous means of transporting this oil isn’t very credible either. Obviously, we’re not going to continue to ship this stuff by train if that is a threat to our environment, it’s a threat to our cities. So that is really a false comparison that the State Department used to try to justify the building of the Keystone XL pipeline.

NOOR: Alright. Last question for you before we move on to our next segment. But do you think Obama, he doesn’t understand the urgency? Or he’s doing what he thinks is politically feasible in this current climate?

MANN: Well, you know, I’m sure that the president faces pressure from all sides. And I don’t envy the position that he’s in. And, of course, there is quite a bit of pressure by special interest groups like the Koch brothers, who stand to make billions of dollars if the Keystone XL Pipeline is built. Of course there’s pressure from industry groups, front groups, right-wing foundations advocating for the fossil fuel industry. And the president understands that. He’s got a certain amount of political capital, and he has to calculate how much of that he’s willing to expend on this particular issue.

That having been said, he made a commitment in his State of the Union address last week. He basically said that he will do all he can to make sure that we don’t look back decades from now and have to explain to our children and grandchildren that we made this tragic decision: at a time where we needed to be ramping down our fossil fuel burning and our carbon emissions to avoid dangerous and potentially irreversible climate change, at that pivotal moment we gave in to the pressure and we opened the floodgates for this dirty fossil fuel energy that will commit us to even more climate change.

Hopefully, the president will be true to his word and will fulfil that promise that he made to us in his State of the Union address and not allow this pipeline to be built.

NOOR: Well, Dr. Mann, thank you so much for joining us for part one of this discussion.

MANN: Thank you. It was a pleasure.

NOOR: And for our viewers, we’re going to continue this conversation with Dr. Michael Mann. He’s a renowned climate scientist. And, in fact, his work has gotten so much attention by the right wing, he’s been accused of being a fraud. He’s been compared to serial child molester Jerry Sandusky, in fact. And he’s filed a defamation suit against some of his detractors who’ve published in The National Review. And so we’ll talk about some of his work and the impact it’s having on the discussion of climate change in this country.