The Founder and CEO of GreenLatinos, Mark Magana, discusses why he testified at the EPA's Clean Power Plan repeal hearing and how Latino children are 40% more likely to die from asthma in the U.S.

The Founder and CEO of GreenLatinos, Mark Magana, discusses why he testified at the EPA's Clean Power Plan repeal hearing and how Latino children are 40% more likely to die from asthma in the U.S. 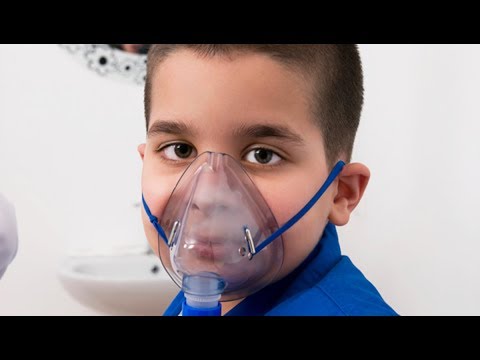 GREGORY WILPERT: It’s the Real News Network and I’m Gregory Wilpert coming to you from Quito, Ecuador. More than 40% of Americans, that’s over 125 million people, live in areas that fail to meet national ambient air-quality standards, according to the American Lung Association’s report, State of the Air 2017. Yet Donald Trump’s Environmental Protection Agency, under the helm of climate denier Scott Pruitt, is aiming to abolish the Obama-era Clean Power Plan. The EPA held its only scheduled hearing on its proposal to repeal the plan in the heart of coal country in Charleston, West Virginia this week. While the coal lobby was front and center, so too were many local citizens and those from environmental groups across the country speaking out on why the plan to curb emissions from coal-power plants should not be repealed. One such advocate who testified at the hearing is Mark Magaña, who is the founding president and CEO of Green Latinos, a national coalition of environmental, natural resources and conservation leaders. We are happy to have him join us here today from Washington, D.C. Thanks for being here, Mark.

MARK MAGAÑA: Thank you for the invitation to speak with you today.

GREGORY WILPERT: First of all, tell us why you and some of your colleagues from Green Latinos took the time to travel to Charleston to testify at this hearing. Why was it important for you to do this?

MARK MAGAÑA: Well, Green Latinos is a national network of Latino environmental and conservation advocates. And for us, the Clean Power Plan represented a commonsense environmental and economic opportunity to protect our environment for us and for our future generations by limiting the carbon pollution coming from existing coal-fire power plants. This was a very commonsense way to make sure that our air that we breathe is healthier, that the asthma rates of our children is reduced. This is vital for our livelihoods, for our economic future. And we came together from across the country to make sure that the EPA understood that their efforts to repeal the Clean Power Plan were not acceptable. And they want to do this on behalf of big oil and big coal, and we want to fight on behalf of people and the future generations.

GREGORY WILPERT: From what I understand, there were almost 300 people testifying. Tell us a little bit about the divide amongst them including, I understand, within West Virginians who were there.

GREGORY WILPERT: Well, of course, one of the people who was in favor of repealing it is Scott Pruitt, and he says that the Clean Power Plan should be repealed because it “exceeds the EPA’s statutory authority.” Is he merely using legalese to justify why emissions from coal power plants should not come under the EPA’s jurisdiction and somehow be outside the Clean Air Act? What do you think? What’s going on?

MARK MAGAÑA: Several courts have determined that it’s within their jurisdiction and their rightful purpose under law to protect the air quality of Americans from the existing coal-fire power plants. Him coming in and unilaterally saying it was beyond their jurisdiction doesn’t follow what the courts have said. He’s just using that as a way to follow their agenda, their corporate industrial agenda, to provide more giveaways for the oil and gas industry, and at the cost of our health. And that’s unacceptable.

GREGORY WILPERT: And Latinos are particularly vulnerable to air pollution because like African Americans, they are more likely to live in communities that have high levels of air pollution. In fact, 66% of Hispanics live in such areas, according to some studies. Talk about this affects the adults and children of these communities.

MARK MAGAÑA: That’s true, what you said, was the majority of Americans live in counties that have higher than average, unacceptable levels of air pollution. And that leads to higher levels of disease, cardiovascular disease, pulmonary disease. And it really specifically hits our children and their young lungs. When they breathe and they breathe this air with contaminants in it, it’s much more susceptible for them to become someone who’s asthmatic and that’s something that lasts for the rest of their life. They have to carry around inhalers. But the problem we have is that it’s not a simple solution. Latino children are 40% more likely to die from asthma-related deaths. I can’t imagine, being a father of two young children, watching my child gasping for air while I rush him or her to the hospital and find them dying because I wasn’t able to provide them, in the environment, to breathe the clean air so that they wouldn’t have asthma.

That’s unacceptable for our current generation of children. And you find areas of our country, like the Bronx in New York where it’s a higher level. 30, 40% of children have asthma and that’s just not a way that we can live. We need to have our energy systems work with us, not us be forced to adapt to our energy systems.

GREGORY WILPERT: And in reaction to this problem, is there a growing Latino movement in the US, particularly from communities that are impacted by the effects of poor air quality and pollution?

MARK MAGAÑA: There is. In a more formal sense, there’s a growing environmental movement in the Latino community. But in a very organic sense, the Latino community has been what I like to call cultural conservationists, meaning we historically have lived a life of conservation, reuse, repurpose, recycle everything that we have in a way that mirrors or exceeds the way most environmentalists will live. We learn from what I like to call from the back of a chancla, which is a slipper, from our grandparent or our mother, not to waste. That you eat everything off your plate. That if you’re cold, you put on a sweater, you don’t put on the heat. If you’re warm, you put wet towel on your neck, you don’t put on the air conditioning. You close the door. You turn off the lights. You take shorter showers. You respect the air. You respect the water. You live in a symbiosis with nature and this is something that a lot of Latinos, they live by these ways, these cultural ways, these cultural norms that we have. But if you ask these same people that live this way, “Are you an environmentalist?”

Their natural instinct is to say no, and then when you tell them, “Well, these are the things that environmentalists do,” then they realize, “Yes, I am.” And the shock to them is that not everyone respects the environment, that there are people who would make the choice to ruin our water and our land and our air. And that is shocking. And the recognition that this is a policy issue that we can’t just sit back and assume is going to be protected, that we need to fight for this, is one where Green Latinos is activating more and more Latinos and bringing together Latinos that are already activated to work together to be more effective on behalf of our communities, on behalf of the issue overall.

GREGORY WILPERT: Well, turning to the Clean Power Plan again, how effective do you think it would be, if it was fully implemented, in reducing air pollution for Latino and African American communities and for non-Hispanic white communities that are living in areas where there are high levels of pollution and that don’t meet the national standard currently?

GREGORY WILPERT: We’ll leave it there for now. I was joined by Mark Magaña, CEO of Green Latinos. Thanks for being on our program today, Mark.

MARK MAGAÑA: Thank you very much for having me.

GREGORY WILPERT: And thank you for watching The Real News Network. If you like our news and analysis, please don’t forget to support us by donating to The Real News this holiday season.

Mark Magaña is the Founding President and CEO of GreenLatinos, the national network of Latino environmental, natural resource, and conservation advocates. Mr. Magaña was the first Latino to serve as senior staff at both the White House and in Congressional leadership — as Special Assistant to President Clinton for Legislative Affairs and Senior Policy Advisor…