Minqi Li: Recent struggle in the leadership has been a decisive defeat for forces pushing for more income distribution and social reform

Minqi Li: Recent struggle in the leadership has been a decisive defeat for forces pushing for more income distribution and social reform 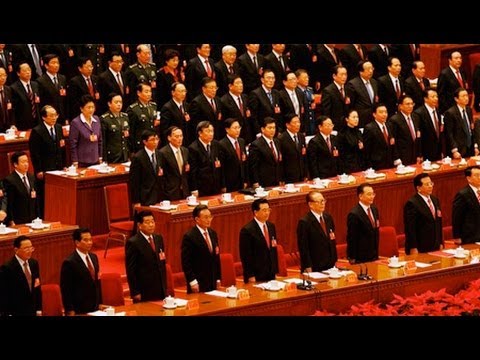 PAUL JAY, SENIOR EDITOR, TRNN: Welcome to The Real News Network. I’m Paul Jay in Baltimore. And welcome to what will become a regular series of interviews about events unfolding in China.

Now joining us is Professor Minqi Li. He’s an associate professor at the University of Utah specializing in political economy, world systems, and the Chinese economy. He was a political prisoner in China from 1990 to 1992. He’s the author of After Neoliberalism: Empire, Social Democracy, or Socialism? Thanks very much for joining us, Minqi.

JAY: So the leadership is transitioning. There’s a crisis of sorts. Who’s who, and what’s happening?

LI: Well, basically, after so many yearsâ€”let’s say three decadesâ€”of capitalist transition in China, various social and economic contradiction have accumulated. So, in this context, there has been a debate within the Chinese leadership about the future direction of China, so whether China is going to continue on the path of neoliberal capitalism, or instead there’s going to be some serious social reform, there’s going to be some redistribution of income to correct the rising inequality. But it now appears that the side that is in favor of neoliberal capitalism has won decisively.

JAY: Now, why do you say that?

LI: Well, as weâ€”probably everyone is aware of that, that is, Bo Xilai now has been purged, and not only from the party leadership, but also expelled from the party.

JAY: Alright. Giveâ€”for people that aren’t following the story, just give us a little background.

LI: Well, Bo Xilai, he was party secretary of the city of Chongqing, the largest city in southwest China. So while he was the party secretary in Chongqing, he promoted some limited social reform, including the crackdown on organized crime and the supply of social housing to ordinary people, which benefited the lower social classes in the local area.

But apparently his limited reform has undermined the interests of not only the organized crime, but also the capitalist group associated with that, and possibly some higher-up Chinese elites that have connection with the local organized crime in Chongqing. And it now looks like because of that he has been punished.

JAY: Now, this is a view that supports him. But the official view is that his wife was involved in murdering somebody and that he and his wife in fact were involved in some kind of corruption scandal. What is the truth of all of this, as far as you know?

LI: Well, apparently, all of the information about this point originated from the Chinese government, and entire legal processes have been quite dubious. And neither he, Bo Xilai himself, nor his wife has been given opportunity to openly defend themselves. And so we probably won’t know the truth, the various details, for years, and possibly for longer, until we have the right political conditions.

JAY: So whether there’s truth or not to both sidesâ€”and perhaps both sides have been dipping into the corruption pool, I suppose. But what you’re saying is there’s something more profound going on here, which is this debate about the future of China. And this involves, then, more people than just the players we’re talking about. How much, you could say, demand is there from the population for a different path?

LI: Let’s say after so many years of capitalist developmentâ€”and this rising inequality now is widely failed by different social layers. So not only the state sector working class that suffered from layoffs in the 1990s, but also now because of this rising inequality, it also starts to undermine the economic interests of the urban middle class, who could not afford the very expensive housing in the cities and who could not afford the kind of style consumption they desire to have.

And moreover, whereas we know that the Chinese capitalist model is dependent on the exploitation of cheap labor for exports, but now, with this, the new, rising second generation of migrant workers, they could no longer tolerate the very intense exploitation as the first generation of migrant workers. So, as a result, we started to see more and more strikes, and we start to see more and more the so-called mass incidents in China. And recently there was one that happened in the city of Qidong in the Jiangsu province. And there was one more that happened in Shifang in Sichuan province. And both involved tens of thousand people, and with the local government under the heavy attack of the masses.

JAY: Now, there’s also been continued conflict at the Foxconn factory that makes Apple iPhones, amongst other things. What’s happening there?

LI: Well, in the case of Foxconn, my understanding is that because, on the one hand, the Foxconn follow these Taiwanese-style measurement, which had very harsh treatment of workers with their so-called military-style management, and so that make many workers intolerable, and then, moreover, now, with the global capitalist crisisâ€”so the prospect of Chinese export have become more difficult, so the profit margin for Foxconn has been reduced to very, very small. So in this context, it’s very, very easy for the conflicts between the capital and labor to become very intense.

JAY: And in terms of this debate about where China is headed, is there room within the Chinese Communist Party to openly debate this neoliberal capitalist model or not?

LI: It appears that the party now has taken the position it’s going to shut off any debate on this question. So, in the Chinese context, the official expression is that reform and openness is not open to debate, and anything in the language of the Chinese prime minister, Wen Jiabao, any attempt to debate reform and openness would represent a dead end, an attempt to go back to the Cultural Revolution.

JAY: And what’s happening now in terms of the Chinese economy? You know, we hear reports of slowing down. I mean, you know, weâ€”in a previous interview, you had talked about how a lot of growth was based on a construction bubble that wasn’t really backed up by demand, increased demand amongst the people. Is that starting to assert itself now?

LI: It definitely starts asserting itself. But my own view is that given the current Chinese government’s fiscal conditions, given their capacity, they might still be able to postpone the crisis by three or five years. But definitely within the immediate termâ€”and I do think that the Chinese economy is potentially facing a major crisis.

JAY: Alright. Thanks very much for joining us, Minqi.