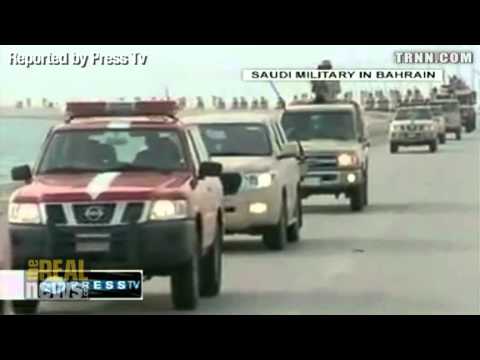 PAUL JAY, SENIOR EDITOR, TRNN: Welcome to The Real News Network. I’m Paul Jay in Washington. In Pakistan and Afghanistan, people [are] still reacting to the death and assassination of Osama bin Laden. But perhaps there’s something even more significant that’s taken place that’s changing the politics of the region, meaning Afghan-Pakistan region. But that’s the Arab uprising. What does all this mean to people in Pakistan and Afghanistan who may not be directly part of the Middle East but certainly are very much part of the politics? So now joining us to discuss this is Muhammad Junaid. He’s a PhD student in London. He’s Pashtun. And he’s a often-contributor to The Real News Network. Thanks again for joining us, Junaid.

JAY: So talk about this Arab uprising and what are the effects of it on the Afghan-Pakistan area.

JAY: So the Saudis helped to rely on the Pakistani military to help them suppress dissent in Saudi Arabia [sic].

JAY: It’s kind of ironic, because I’ve understood so many of the madrasahs, the schools in Pakistan that are turning out Taliban fighters, a lot of them have been financed with Saudi money, and some of those Taliban fighters are turning around and turn their guns on the Pakistani government. It’s very complex politics in these areas.

JAY: Now, in terms of Pakistan itself, as people watch these uprisings, is it spurred, the opposition, in Pakistan?

JAY: Thanks very much for joining us, Muhammad.