Marja and the drug war 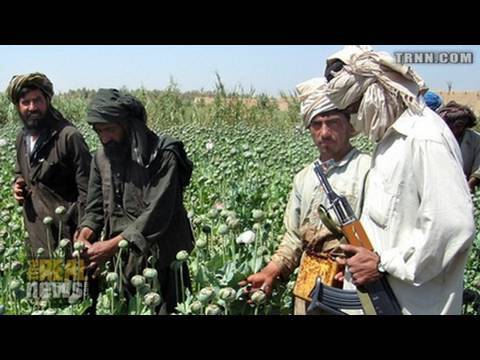 PAUL JAY, SENIOR EDITOR, TRNN: Welcome back to The Real News Network. I’m Paul Jay, coming to you today from Washington. And joining us from London to discuss the war in Afghanistan and the battle in Marja is Muhammad Junaid. He’s a Ph.D. student in London. He comes from Peshawar, Pakistan. Thanks for joining us again.

MUHAMMAD JUNAID, PH.D. STUDENT, LONDON: Thank you for having me.

JAY: So, Muhammad, what do you hear about the battle in Marja?

JUNAID: The sources from the media and the sources, you know, in Peshawar and other places whom we talk to normally, and those people who travel back from Afghanistan, the summary of the situation is that what NATO and and ANA [Afghan National Army], the Operation Moshtarak, wanted to project is rather slow, although there is success. The on-ground situation has very conflicting reports. Those people who have come from that place have normally indicated that there are enough civilian casualties to call it a bloody war. On the other hand, if you look at the embedded journalists or whatever is coming out controlled from that area, that shows a very rosy picture. However, it should be considered that there has to be some violence, some amount of violence.

JAY: Well, is the number of civilian deaths such that the whole thing’s becoming counterproductive from the point of view of the Americans?

JUNAID: Yes. I think, you know, we have to look at it from multiple perspectives. You know, this is not a population waiting for an American and NATO forces to come here and get them rid of Taliban. This impression is, you know, very similar to the impression that was given when, you know, the Americans and British went to Iraq, that people there are waiting to get rid of Saddam Hussein. There is nothing, you know, like that in Marja. Even, you know, in Iraq it was a partial picture that was shown, but in Marja there is nothing like that. So these people are not waiting to be freed or something. However, you know, a very important point is, you know, to know the geography and, you know, the area, how it works. According to, you know, the military personnel who went there, the British military personnel, they record that, you know, in summers the temperature goes to 55 degrees C, and in winters it can go blow 0 to -20 degrees C. They also have said that the jungles around the Helmand River are as green as the jungles of Malaya and Vietnam. However, Helmand has a vast plain of deserts as well. So this is a place which has a very complex geography, and it is not easy to wage a guerrilla war there. It will be a long battle, and if the guerrillas lose, and it should be expected that they will go and, you know, they will rest in thick forests for years.

JAY: Now, in Afghanistan there’s sort of two levels of reporting and two levels of the society and economy: there’s the sort of official conversation that goes on, and then there is the maybe real conversation, which is the drug conversation and the drug economy. We know that Marja is in the center of a lot of poppy growing. Talk about the politics of drugs and this battle.

JUNAID: We have to again look into history a little bit. And it’s all available on the Internet, although, you know, the sources are very few, because—I don’t know. Somehow, you know, all those sources will come to you which are being projected more. Helmand River is, you know, and Helmand is one of the greenest area, if you take it, you know, around the Helmand River. And Helmand Valley Project was one of the projects that was launched by Americans, and in 1960s it was supposed to grow cotton in this area and it was supposed to be one of the biggest project around, the biggest technical project of that time. Somehow the irrigation system worked, and it was successful from that dimension; however, it was a failure in terms of growing cotton, because all that irrigation system was diverted to poppy growing, because they could grow it there. That was, you know, the beginning of that. But the poppy was being grown there, but not at this level. So now, you know, it produces 42 percent of all the poppy crop in Afghanistan, which is big percentage. Now, Helmand has, you know, a big population—almost 25 percent population consists of a Pashtun tribe which is called Alizais. So Alizai tribe is present in Helmand; they are also in Kandahar; they are in Balochistan—in Pakistani and in Iranian Balochistan as well.

JAY: Muhammad , when you say "tribe", how many people are we talking about that would be considered part of this tribe?

JUNAID: Now, a tribe also, you know, has levels, as you say, you know, levels. So we should be real cautious of that. There are those people who are drug lords who control the things. They may be, you know, around a few thousand. And then there are, you know, those who depend on them. That may be, you know, up to, you know, 500,000 people in that tribe. But this tribe is pretty important, from the respect of poppy growing. They would not want real development to come there, even, because they have a hold there—they are drug lords; they’re earning a huge amount of money. And people there are living by that money as well. So there is a local economy to that. So you can expect a huge amount of resistance from them. One should be real cautious to look at it. The touch of caution is that they really expect, you know, NATO and ANA to be there, you know, for six months, or a year, or one and a half, so they can bear it for some time, but then, later on, it can, you know, explode into do something, because they would not—they would not, you know, want their poppy thing going out of hand.

JAY: Much of the Afghan army is Uzbek and Tajik, and much of that army is riddled with connections to warlords. And, as far as I know, some of the soldiers may even do double duty in terms of working part-time for warlords and part of the army. How does that affect the issue of the drug politics here?

JUNAID: When, you know, I analyzed it, I—you know, it was: let’s do a stakeholder analysis of that. There are, you know, different parties with different stakes, and that can be—you know, they can make the situation understandable for us. There is ANA, the Afghan National Army, which is represented by Tajiks and Uzbeks, largely. There are the Taliban, who want their lost government to come back to them; they want their government back; you know, they want their rule. There is US and NATO, who want to develop that place and, you know, win the hearts and minds of the people. And there are drug lords. Now, drug lords is the most persistent, you know, species, I think, because they can be in Afghan National Army; they can be, you know, seen with Karzai; they can be seen from among the Alizai tribes; they can be seen, you know, from among Taliban, even. So they are the most persistent group in that. Each group in the area has, you know, their own benefits to take, their own stakes. The Tajiks and Uzbeks will obviously want to, you know, eradicate the poppy. That will, you know, give them an upper hand in the long run over Pashtuns in monetary terms.

JAY: Because they would still have poppy up north.

JAY: The Alizai tribe, what is their relationship to the Taliban?

JUNAID: Their relationship with Taliban is, you know, you can expect that they’re all Pashtuns, so there will be some of them who will be siding with Taliban. But Taliban would surely have allowed them to grow the poppy crop, and they will be, you know, sharing some riches. No doubt in that. That’s, you know, a natural thing, because a lot of poppies coming out of that, and that place was controlled by Taliban. So they have actually allowed them to grow, and, you know, shared the money somehow.

JAY: So the battle of Marja is really taking place in the context of a much bigger drug war.

JUNAID: It’s a much bigger drug war. I can imagine that, you know, it will also flood back into Baluchistan, you know, one of the very last provinces of Pakistan which is largely out of control these days. It is, you know, also rifed by insurgency and with law-and-order situation. I think, you know, there are many, many factors that are uncontrollable that will come out. And, you know, you can see Taliban showing their power, you know, once in a while. They went into Kabul and, you know, killed 17 people, most of them Indians. So they showed, you know, they can do anything they want, but they will do it when they want to. They would, you know, rather like to hide in the forests of Helmand and come out, you know, when they can, you know, take on Kabul.

JAY: And, of course, the American media portrays this as the US sort of above all of this drug-war fray, but it actually just decided which drug lords and warlords to ally with against other drug lords.

JAY: Thanks for joining us, Junaid.