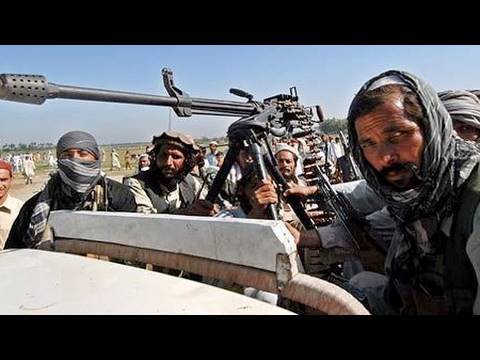 PAUL JAY, SENIOR EDITOR, TRNN: Welcome back to The Real News Network. I’m Paul Jay in Washington. Joining us again from London is Muhammad Junaid. He’s doing his doctorate in London. He comes from Peshawar, Pakistan. Thanks for joining us again, Muhammad.

JAY: So in recent days the Pakistani secret service, the army, have arrested some of the important leadership of the Taliban. What’s going on?

JAY: When you say "voices," you mean in the Pakistan media?

JUNAID: Yes, in the Pakistani media these voices are coming out, and these are also opinion pieces, you know, who are really analyzing this situation for the last 30 or 40 years, I would say.

JUNAID: It is, yes. So one of the angles is, you know, that Taliban are, you know, a single plank. This is, you know, taken by some people in Pakistan, by the rulers and all that. And I think, you know, they are imposing a strict version of Islam in may in Pakistan or in Afghanistan, so they should be get rid of. We should call on state level. But that’s, you know, the official thing. Now, you know, two more voices that have—and recently, last night, you know, a voice of the former ISI, you know, director general came out, who is General Asad Durrani. You know, Durrani tribe is the one who ruled Afghanistan for a long time. So he’s a Pashtun. In his opinion, you know, it is tactically a very wrong move to make, because it is the time, you know, when things are getting into negotiations and you should have some people who really have soft corner for you. So he, you know, said that if there is nothing inside it, and if it’s an honest capture of these people which can be followed by a handover or access that can be very troublesome for the future of Pakistan and these borders can become insecure. There is also, you know, a second version, you know, that has gotten much more, you know, currency, I would say (it’s also in the Western media), that these Taliban, they were actually the negotiating people. Mullah Baradar was reported as, you know, performing Haj in Mecca, and he was also in on the talks. So, actually, these people have not been arrested to be interrogated or, you know, taken to Bagram or somewhere, but these people are actually talking to Americans and, you know, they are reaching some kind of a deal.

JAY: Now, if this is happening, is it suggested this would be with the blessing of Mullah Omar?

JUNAID: Yes, yes, because Mullah Omar cannot, you know, go without all these Taliban. There are many people there. Mullah Omar does not come forward. But, you know, these people would represent him surely. The whole thing was, you know, put into another spin, I would say, two days ago, when [Gulbuddin] Hekmatyar, the leader of Hezb-e-Islami. He, you know, announced his proposal for peace in Afghanistan, and he, you know, said that there should be a council of elders which would represent everybody. So there is something going on. I personally think, you know, it is not the case of simple arrest and, you know, this transfer thing. There is something inside. We don’t exactly know what inside, what comes out of it, but there will be things that will be revealing in future.

JAY: And in the Western press in the last couple of days there’s been a lot of talk about Pakistan actually handing these, quote-unquote, "prisoners" over to Afghan and American authorities. I mean, if that were to happen, that would suggest this is a real arrest. But do you think that’s actually likely? Or what does all that amount to?

JAY: Well, do you think this decision by the court—is that a defense of Pakistan’s sovereignty? Or is this the court getting involved in the politics of all of this?

JAY: And why is the Taliban seemingly interested in negotiating? It was only a few months ago when they were saying, you know, we’ll negotiate how the forces will leave and nothing else. Now they seem to be ready to talk about, potentially, power-sharing and other sorts of things.

JUNAID: See, there are different, you know, angles to it. One more angle is that there are Taliban who have, you know, turned against Pakistan. That is also, you know, reported, and that is true. This also comes, you know, from my own sources back, like, in Peshawar.

JAY: You mean sections of the Afghan Taliban.

JAY: Thanks for joining us, Junaid.