A UN brief warns about economic collapse, expecting up to a $42 billion decline in GDP and trillions of dollars lost to the private sector in an area already ravaged by inequality, dependency on oil revenue, and authoritarian governments.

A UN brief warns about economic collapse, expecting up to a $42 billion decline in GDP and trillions of dollars lost to the private sector in an area already ravaged by inequality, dependency on oil revenue, and authoritarian governments. 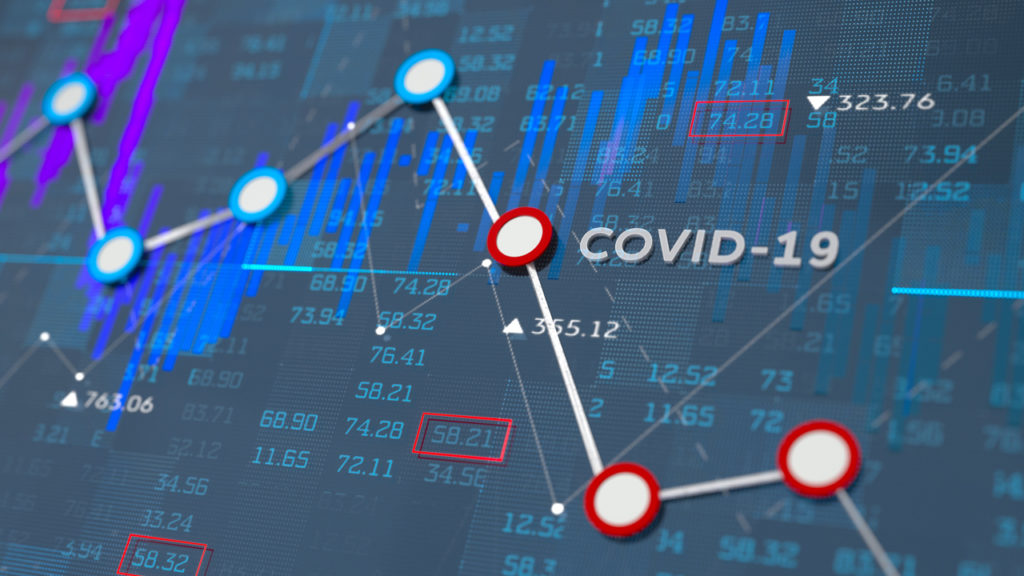 Kim Brown: Welcome to The Real News. I’m Kim Brown. The COVID-19 pandemic is undoubtedly honing a very serious public health crisis to the globe, but also a global economic crisis as well. A new policy brief by the UN Economic and Social Commission for Western Asia or ESCWA focuses on the impact of the COVID-19 pandemic on the Arab region of the Middle East where many countries dependent heavily on oil revenue and also have a highly stratified economic system with little or no social safety net. Now the policy brief predicts a loss of about 40% GDP [Correction: The ESCWA report predicts a decrease of up to $42 billion, not of 40%.] as a result of the pandemic in the loss of at the very least 1.7 million jobs. In other words, a economic disaster plunging millions into poverty.

[Eamon Tomi 00:00:56] has a flower shop in Beirut, Lebanon, and she was given a special dispensation to open her store for Mother’s Day. Let’s have a listen from her.

Eamon Tomi: There’s no comparison between Mother’s Day this year and last year. Most people aren’t going out because of coronavirus fears even though we have taken precautions. We have sanitized the shop and are offering delivery services. We put out ads so people won’t need to come down here. That we will start delivering and that we will disinfect the flowers but despite it all people are afraid of any contact.

Kim Brown: Today we are joined with Niranjan Sarangi. He is a macroeconomic and fiscal policy expert at the United Nations Economic and Social Commission for Western Asia (UN ESCWA) he joins us today from Lebanon. Niranjan, thank you so much for joining us.

Niranjan Sarangi: Thank you. It is my pleasure.

Kim Brown: If you could please tell us what makes the Arab region specifically vulnerable to the economic consequences of the measures to prevent the pandemic that are happening right now?

Niranjan Sarangi: Yes, it’s a very, very important issue for the region because the whole Arab region has been facing crisis for a long time. I mean in terms of growth, so almost the last decades is a decade of loss. In our previous publication on fiscal policy review, we have shown how the region has faced a decade of loss in terms of growth due to several reasons: conflicts in some parts of the country, the oil prices fluctuations, plus several other protests and challenges that several countries have faced. Altogether, it has been facing that kind of crisis due to both internal and external challenges.

On top of it, this health crisis, which is the global pandemic fall on it. It is at the time when … so the challenge is compounded for the region particularly because many countries in the region are also at a high debt stress. They’re on a fiscal pressure. Our debt to GDP is very high in several countries that are already feeling the pressure of debts who are raising.

Growth, as I mentioned that it is stagnating or going down. There are demands, but there are aspirations of people that has to be met. When governments are already under pressure, the global pandemic is causing a more compounding pressure on them and some of the countries really are very much vulnerable how to address this challenge both financially and technically.

As it is unfolding, we are at ESCWA trying to estimate what has been its impact in the past a few days and months as a preliminary estimate. We found that the region’s estimate has gone down. I mean in fact only if we assume that by the same rate as the global growth is going down, then the region has lost almost $42 billion of GDP.

Then number two, we counted its impact on employment rather unemployment, I would say. The region is losing something like 1.7 million jobs. It’s a 1.2% point increase in unemployment rate.

Kim Brown: The ESCWA policy brief talks about the Arab region as a whole, but I was wondering if you could be a little bit more country specific as to where this economic impact is being more strongly felt. For example, Egypt has a population of 100 million. It’s already been plagued with overcrowded schools and issues with food and security. However, on the other hand, some of the Gulf States are among the richest in the world and they absolutely have ample resources to deal with the crisis but they are more heavily dependent on oil revenues. Where are we going to see this loss of jobs and loss of GDP? What countries will this be concentrated in?

Niranjan Sarangi: Okay, that’s a very important question. Actually we did the estimate for the whole region and the region constitutes 22 countries and it’s very diverse. As you mentioned, one party’s oil rich, all resources dependent or one part it’s middle income countries are not that are significant number of countries also who are least developed countries.

The crisis is going to impact differently to different countries. We did not do any specific countries, specific estimates at this point because of lack of evidence from the country level, but the pandemic is going to impact more in the middle income countries for example, the jobs because the service sector is heavily impacted in this global pandemic because of social distancing particularly. The countries that are more dependent on service sector are going to be hard hit. The countries that are depending on informal sector more particularly in middle income and low income countries of the region who have the informal sector is higher, they are going to be more affected. The jobs will be more affected there.

Similarly, these countries are also depending on remittances. If the Gulf is not doing well if the oil prices is going down, then remittance’s flow is also going to go down. Obviously the challenge compounds as I mentioned.

On the other hand, in the oil rich countries, the Gulf countries where the economic activities are depended on oil revenues more or less. What I’d seen the oil prices have gone down systematically since the outbreak of the pandemic. In recent month, I mean in recent days, in March particularly, it is compounded the market pressure and that led for the price competition and the market share competition. That has led to collapse of the oil prices.

Obviously the means to satisfy the economics from the expenditure level is difficult for the oil rich countries. Obviously, they have a buffer but they are also facing systematic systematically shocks since 2014. The pool of resources that they can rely on, it’s shrinking. It’s not a very, I mean optimistic situation where we can say that yes they have much more resources and they can handle it without facing the heat of it.

Kim Brown: At the end of the policy brief, you offer six recommendations so that countries can help mitigate the economic impacts related to the COVID-19 pandemic. In your opinion, which of those recommendations are most important? Also if you could give an example, is there a country already in the Arab region that is adhering to some of these recommendations and that you would like to single out as doing a good job relative to the circumstances?

Niranjan Sarangi: Well, yes. I mean the recommendations as it is explained, it requires both national and a regionally coordinated actions. At the national level there are several examples, particularly coming from the Gulf, the oil rich countries, they have announced a stimulus packages to support the economic activities.

Otherwise, there is a call for coordinated action and a regional support as well as international support is required to take into account the scale of the challenge. Except the Gulf and the Egypt, other majors in the region are more locking down or nonfinancial measures. That’s not going to help much in terms of jobs or social protection. Social protection as it is low in the region and extending for social protection, bringing those who lost their jobs into the social bracket is very, very difficult.

On the one hand, the fiscal pressure is high. The finances needed to support those new poor or new vulnerable people who lost their jobs is high. On the other hand, the resource base for most of the countries is low. Tax to GDP reservoir is much low. There is a requirement for both extending the social protection and raising the finances. The national actions will not be sufficient to address the challenge of the problem that they are facing, in the scale of the problem that they are facing.

It would require a combination of national and regionally coordinated actions. It would also require support of the private sector. At the national level, raising domestic resources is essential. There is the opportunity in the sense that the region has also wealthy businesses and they account for a lot of the wealth in the region. There is opportunity to see how in terms of solidarity with those who are vulnerable, how finances can be raised from them in terms of taxing the high net worth people or support of the businesses and regionally coordinated action. All measures need to be taken into account to fight against the virus.

Kim Brown: Ranjan, I know that you’re an economist, not a health official. However, you are a person. You are an observer from your corner of the world and you are coming to us today from Lebanon. Can you tell us from your observations, what are you seeing, how the pandemic is impacting where you live?

People were protesting for better public service, protesting against the raise of taxes and all sorts of things and they were losing their incomes. They were losing their jobs. On top of that, the COVID-19 arrived and that led to lockdown. We are in a lockdown situation since the last eight days. The airport is shut. The seaport is shut. They have a crisis of the dollar as it is, which makes trade difficult because the dollar depends a lot on import. It just compounds the effect. I can see that several businesses are shut and those were operating three months ago, several and now the streets are empty. In a financial crisis, the debt crisis, the COVID-19, coronavirus crisis is just one on the top of another on Lebanon.

Kim Brown: Okay, well we’re going to leave the conversation there. We’ve been speaking with Niranjan Sarangi. He is the macroeconomic and fiscal policy expert at the United Nations Economic and Social Commission for Western Asia. He’s been joining us today from Lebanon. Niranjan, we appreciate your time and your expertise today. Thank you so much.

Niranjan Sarangi: Thank you. It is my pleasure.