QE3 Another Fed Give Away to the Banks

Michael Hudson: Shoveling money to the banks not meant to create jobs, itâ€™s a way to give banks even more speculative capital and prepare them for another meltdown

Michael Hudson: Shoveling money to the banks not meant to create jobs, itâ€™s a way to give banks even more speculative capital and prepare them for another meltdown 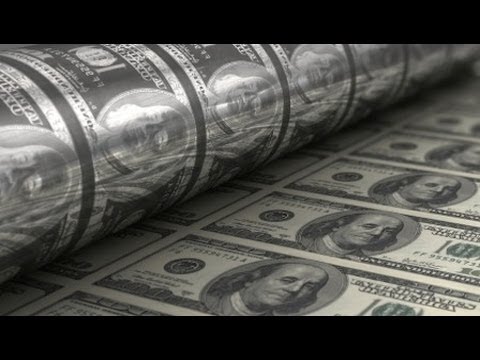 Ben Bernanke, the head of the Federal Reserve, announced a few days ago QE3, quantitative easing three, and now he says they’re going to continue to buy assets, multibillion dollars of purchases, until the unemployment rate goes down. He was then followed by the European Central Bank and the central bank of Japan that are introducing their own monetary stimulus policies.

Now joining us to discuss how effective all this might be is Michael Hudson. Michael’s a former Wall Street financial analyst and now a distinguished research professor of economics at the University of Missouriâ€“Kansas City. And his latest book just out is The Bubble and Beyond. Thanks very much for joining us, Michael.

JAY: So for those that haven’t followed this, explain what QE3 is, and then let’s talk about whether you think it might be effective.

HUDSON: QE3 was basically a program for the Federal Reserve to give money to the banks until Beethoven writes his 10thÂ Symphony. There is no connection to employment whatsoever.

And in todayâ€”when Bernanke was told that, he argued, well, we have to give the banks enough money so they can be lending out for real estate again. This was absolute nonsense. Today’s Wall Street Journal has a chart: "Mortgage loans fall to 16-year low". The chart shows that the banks have lent less and less in mortgage refinancing. So the banks have not lent the money either for mortgagesâ€”.

JAY: Okay. Back up just one step. So what is supposed to be Bernanke’s logic? If, I mean, they buy assets from the banks, essentially, bonds of various kinds. Is that right? And the theory Bernanke gives is this gives liquidity to the banks so that they’re going to loan money to small businesses and such and that’s supposed to create jobs. I mean, that’s what he says publicly anyway.

HUDSON: Right. The cover story of the giveaway to the banks is that if the Federal Reserve makes loans to the banks, unlimited amounts more than $800Â billion for QE2, the banks will have enough money that they can afford to lend more mortgage money to bid up real estate prices to try to reinflate the bubble and that they can lend to small businesses. The reality is that ever since QE1 and QE2, every time there’s a loan, the banks reduce their loans to businesses, they reduce their mortgage loans, there’s less mortgage refinancing, and in fact, the banks use the money to gamble, mainly abroad in foreign currency and interest rate arbitrage, trying to earn the money back by lending to Brazil, Russia, India, and China.

JAY: Right. And is part of the issue here is that the underlyingâ€”or at least one of the underlying issues is there’s still so lackâ€”there’s such a lack of real demand in the economy that they don’t seeâ€”they’d have no inducement to make these loans, so it’s better to go speculate?

HUDSON: Well, the question is: what is demand? Certainly, small business wants to borrow. There are a lot of small businessmen that are able to borrow. The banks say: I’m sorry, we’re only lending to the big companies that have assets to foreclose upon. We’re not in the business of lending to expand production. We’re not in the business of lending to employ labor. That’s not what banks do. We lend against collateral, and your collateral mainly is real estate, and real estate is still so much a negative equity that we’re not going to lend. And, in fact, if you look at the statistics that have been quoted, the banks have lent less on real estate each year, even on credit cards. The banks have very sharply reduced their credit card exposure by 22Â percent in the last few years, so that they’re not lending to the U.S. economy at all. This is all just a fiction, that the banks are going to lend.

JAY: Okay. So Bernanke sees this. I mean, it was clear from QE1 and QE2 that it didn’t have this employment effect, and he can see that. So I guess my question is: is jobs really the objective, or are they worried about another major financial collapse and this is actually more about the financial system stability than it is about jobs, even though they use that language?

HUDSON: They are worried about Mr. Obama’s job. The Wall Street Journal pointed out today that for the first timeâ€”in the past, the Federal Reserve has always flooded the economy with money whenever a Republican president was up for reelection. So they used to joke that the Federal Reserve was the 13thâ€”the 13th district was the Republican National Committee. This is the first time that the Federal Reserve is flooding money trying to get a Democrat reelected. So the objective is not jobs for employees; it’s jobs, really, for the current administration and its campaign contributors.

JAY: But for it to have that effect of reelecting President Obama, it would have to have some impact on people’s lives. I mean, there have to be some effect of all this liquidity in terms of jobs or something, or otherwise why would anyone reelect President Obama?

JAY: So this is what I’m getting at, then, then. For Bernanke to throw more money at the banks this wayâ€”and what I’m asking is is ’cause they fear a really deep global recession, given what’s happening in Europe and otherâ€”you know, in general a slowdown, and somehow they’re throwing money into banks ’cause they’re worried about banking collapse more than jobs. I mean, do you think what I’m saying makes sense?

HUDSON: No, it’s not a bank. The banks are in no danger of collapse for the insured things. The banks that are in danger are the five big banks that made huge derivative gambles. Eighty percent of the derivatives are done by the five largest banks, and they areâ€”they’ve made a big gamble that stock markets and real estate prices are going to go up.

But at the same time, the banks are looking forward to a depression. For them, the financial crisis we’re having today in Greece and the eurozone is a bonanza for the banks. In fact, yesterday’s Financial Times came out and had the head of the privatization unit in Greece saying he’s now offering a bonanza to the creditors, European creditors, to come and buy Greece’s oil and gas rights and its export sectors and tourism sectors.

And The New York Times yesterday pointed out that all of the â‚¬31.5Â billion in new aid is not going to be spent on the Greek people any more than the American QE3 is spent here; it’s going to be given to the Greek banks to help pull them out of their negative equity and all of their bad real estate mortgages. And that really is the same situation here.

So what is happening is just it’s as if the crooks have taken over the economy and are trying to bail themselves out of the mess that they’re in, so that they can somehow re-bid up real estate prices to restore the happy bubble economy that led to all these problems to begin with. So it’s just let us do it all over again. And, of course, the end of this will be yet another bailout in QE4 and QE5, and we’re still going to be waiting for Beethoven to write the 10th Symphony.

JAY: And thank you for joining us on The Real News Network. And if you’d like to see more interviews like this, there’s a "Donate" button somewhere around this player, ’cause if you don’t click on that, we can’t do this.

Why Does Teen Vogue Need a Labor Column?