IMF Lent to Greece Knowing It Could Never Pay Back Debt 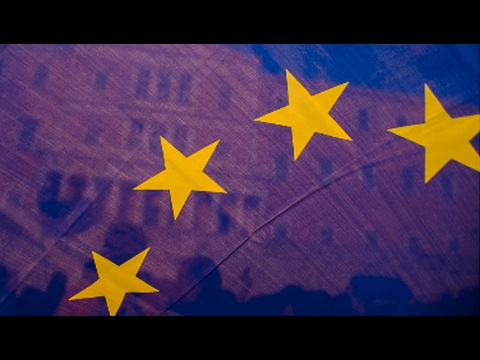 The latest economic indicator showed that the Greek economy shrank by 0.4% in the last three months of 2016. This poses a real problem for Greece, because its lenders are expecting it to grow by 3.5% annually, to enable it to pay back on its bailout loan. Greece is scheduled to make a 10.5 billion euro payment on its debt next summer, but is expected to be unable to make that payment, without another installment from its $86 billion bailout.

A growing impasse between the International Monetary Fund, and the European Central Bank, Greece’s two main lenders, is threatening to push Greece into default, and pull out of the euro. Meanwhile, the Greece government told its lenders, that we now call “Troika” today, that it will not agree to any more austerity measures. Here’s what the government spokesperson told the press on Thursday.

SHARMINI PERIES: Joining us today, to take a closer look at the Greek situation is Michael Hudson. Michael is a distinguished Professor of Economics, at the University of Missouri, Kansas City. He’s the author of many books, and the latest among them is, “J is for Junk Economics: A Guide to Reality in the Age of Deception.”

Thank you so much for joining us today, Michael.

In fact, what do you do in a case where you make a loan to a country, and the entire staff says, there is no way this country can repay the loan? That is what the IMF staff said in 2015. It made the loan anyway, not to Greece, but to pay, essentially, pay the French banks, and the German banks, and a few other bondholders -– not a penny of that went to Greece. The junk economics that they used, was saying we have a program to make sure we will help manage the Greek economy to enable it to repay. And that’s austerity.

Now, Sharmini, for the last 50 years, every single austerity program that the IMF has made, has shrunk the economy. No austerity program has ever helped an economy grow. No budget surplus has ever helped an economy grow, because a budget surplus sucks money out of the economy. And the conditionalities, the so-called reforms, are an Orwellian term for anti-reform, for cutting back pensions, for rolling back the progress that the labor movement has made in the last half century. So, the lenders knew very well that Greece would not grow, that it would shrink.

So, the question is, why does this junk economics continue, decade after decade? And the reason is, the loans are made to Greece precisely because Greece couldn’t pay. And when a country can’t pay, the rules at the IMF and EU and the German bankers behind it supported, was well, if you can’t pay, don’t worry, we will simply insist that you sell off your public domain. Sell off your land, your transportation, your ports, your electric utilities. This was by now, clearly a program that has gone on and on, decade after decade.

Now, surprisingly enough, America’s ambassador to the EU, Ted Malloch, has gone on Bloomberg, and now has gone on Greek TV, telling the Greeks to leave the euro and go it alone. You have Trump’s nominee for the ambassador to the EU himself saying, “The EU zone is dead zone. It’s going to shrink. If you continue to repay the loan, if you do not withdraw from the euro, then you are going to be in a permanent depression, as far as the eye can see.”

SHARMINI PERIES: Yeah, that’s an important… at the very beginning of your answer here, you were making this very important point, is that although the lenders –- this is the Eurozone lenders -– had set a target of 3.5% surplus, as a condition on Greece in order to make that first bailout loan. The IMF is saying, well, that’s not quite doable, 1.5% should be the target.

But you’re saying, neither of these are real, or is achievable, or desired, for that matter, because they actually want Greece to fail. Why are you saying that?

MICHAEL HUDSON: Because when Greece fails, for Greece… that’s a success for the foreign investors that say we want to buy the Greek railroads. We want to take over the ports. We want to take over the land. We want the tourist sites. But most of all, we want to set an example to Greece, to show that a France, or the Netherlands, or other countries that want to think of withdrawing from the euro — withdraw and decide they would rather grow, than be impoverished — that we will do to them, just what we’re doing to Greece.

And if they can convince countries somehow, to adopt junk economics, and pursue policies that will destroy themselves, then they’ll be easy pickings for foreign investors, and for the globalists, really to take over other economies. So, it’s as if it’s a form of war.

What do you make of this, and will this be then consistent with what Greece is suggesting? Because Greece has now said, no more austerity measures. We’re not going to agree to them. So, this is going to amount to an impasse that is not going to be resolvable. Should Greece exit the euro?

MICHAEL HUDSON: Yes, it should, but the question is how should it do it, and on what terms? The problem is not only leaving the euro. The problem really is the foreign debt that was bad debt that it was loaded onto by the Eurozone. And if you leave the euro and still pay the foreign debt, then you’re still in a permanent depression, from which you can never exit from.

So, there’s a broad moral principle here. If you lend the money to a country, that your statistics show cannot pay the debt, is there really a moral obligation to pay the debt? Now, Greece did have a commission two years ago, saying that this debt is odious. But it’s not enough just to say there’s an odious debt; you have to have something more positive.

And I think, I’ve been talking to Greek politicians, and Syriza leaders, about what’s needed, and what is needed is a Declaration of Rights. Just as the… in 1648, there was a Universal Declaration that countries should not be attacked in war, that countries should not be overthrown by other countries. I think, the Declaration of International Law has to realize that no country should be obliged to impose poverty on its population, and sell off the public domain in order to pay its foreign creditors.

That if creditors make a debt that cannot be repaid, the debt is by definition odious, and there is no need to pay it. And every country has the right not to pay debts that are unpayable, except by bankrupting the country, and having to sell off their countries to foreign countries. That’s the very definition of sovereignty.

So, I’m hoping to work with politicians of a number of countries, to draw up this Declaration of Debtor Rights –- and that’s what’s been missing. There’s somehow an idea that, well, if you withdraw from the euro, you can devalue your currency, you can lower labor standards even further. You can wipe out the pensions, and somehow squeeze out enough to pay the debt.

So, the problem isn’t only the Eurozone. And the fact that joining the euro, means that you’re not allowed to run a budget deficit to pump money into the economy to recover -– just like America has done –- it’s that you have to pay debts that are so much beyond your ability to pay, that you’ll end up like Haiti did, after it rebelled after the French Revolution.

And France said, sure, we’ll give you your independence, but you have to reimburse us, for the fact that we no longer hold you as slaves. You have to buy your freedom. You can’t say slavery is wrong. You have to make us, the slaveholder, whole, and not pay the French. And so, Haiti took this huge foreign debt to France, after it got its independence, and ended up not being able to develop.

Now, a few years after that, in 1824, Greece had a revolution, and it had the same problem — it borrowed from the Ricardo brothers, the brothers of David Ricardo, the economist and lobbyist for the bankers in London — who said, any country can afford to repay its debts because of automatic stabilization. And Ricardo came out with a junk economic theory that is still held by the IMF and the European Union, saying, you can automatically pay.

Well, Greece ended up paying… taking on an enormous debt, paying interest, defaulted again and again and again. Each time having to give up more and more sovereignty, and the result was, basically, a constant depression. And slow growth that is what retarded Greece, and much of the rest of southern Europe.

So, unless they tackle the debt problem, the membership in the Eurozone, or the European Union, is really secondary to all of this.

SHARMINI PERIES: All right. There’s so much more we can get into. For example, how much of Greece has already been sold out in the fire sale in order to service the debt. But let’s talk about that in another segment.