A Planned Economy for the 1%

Michael Hudson: All economies have a certain amount of planning, the question is, for whom

Michael Hudson: All economies have a certain amount of planning, the question is, for whom

State Subsidies to Attract Corporate Investment Should be Banned 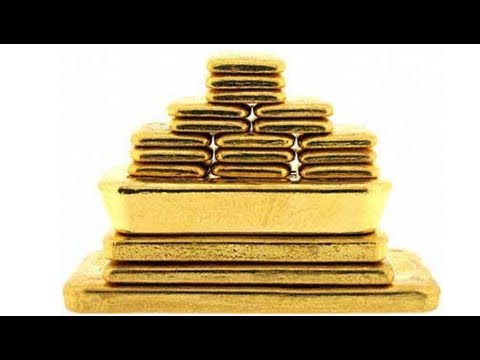 Concentration of ownership leads to concentration of political power. It’s rather obvious. It’s practically a truism. But it’s not something you will hear said very often on mainstream media. But it certainly goes to the core of what’s happening in Europe, Greece, and in United States and Canada and manyâ€”most other countries, if not all.

Now joining us to talk about the relationship of banks, big banks, financial power, and public policy is Michael Hudson. Michael was a former Wall Street financial analyst. He’s now a distinguished research professor of economics at the University of Missouriâ€“Kansas City. And you can find his work at Michael-Hudson.com. Thanks for joining us, Michael.

JAY: You’ve written that, you know, all economies are planned to some extent; this idea that there’s simply a free market without government planning is not very realistic. And [incompr.] you’ve raised the question: but who does the planning, and for whom? Talk about that.

HUDSON: Well, in the past, ever since the Neolithic agriculture, wherever you have a division of labor and a time gap between production and a final payment, planting and harvesting, you need forward planning. The whole idea from the 18th and 19th and early 20th century is that the governments would make a forward plan. The French called this planification, or indicative planning.

But if the governments don’t plan to make subsidies and tariffs and taxes, then if you dismantle government planning, then by default all of the planning passes into the hands of bankers. And the bankers end up allocating the nation’s resources, because it’s the bankers who give the credit. And instead of the government deciding how to steer the economy forwardâ€”by subsidizing education, by building private infrastructureâ€”all of a sudden the infrastructure and the division of labor and the resources are passed on to the banks, and the banks are going to decide, okay, sell all the public domain, sell the roads and the railway systems and the power systems, and we will decide who gets the credit, and we’ll do the planning.

Well, the problem is is the financial timeframe is very short-term. It’s hit and run. They’re into making a bundle as quick as they can on one project and then go on to the next project. And they leave an economy loaded down with debt, which is what you have from the corporate takeover movement, from the hedge funds, from the leveraged buyouts.

The financial plan is to take all of the revenue of a corporation, and see how much revenue can be pledged to pay debt service, and we’re going to find a buyer who’s going to buy this company and pledge all the cash flow to us [incompr.] the company. Well, this doesn’t leave any money over, left for tangible capital investment in new plant and equipment. Just like in a buildingâ€”if Donald Trump or a real estate investor is buying a property, the basic motto of a real estate investor is rent is for paying interest. A investor will calculate how much rent is there, and they’ll bid for a big office building. The winner is the person who pledges the whole of the rental cash flow to the bank for interest. And they do this because they’re not after the rent; they’re after the capital gain as banks keep lending more and more money for the process to increase the whole price. And what you have is asset price inflation.

Well, what’s so unique about this is in Europe you have this whole implanted memory of the German hyperinflation in the 1920s, that the Germans and the Europeans say, well, wait a minute, we can’t have a central bank lending to governments, because that’s inflationary or isâ€”. In fact, we’ve just seeing this huge inflation by the commercial banking system in the United States, England, and Europe. But what they have inflated isn’t commodity prices or wages or consumer prices; they’ve inflated housing prices, stock prices, bond prices, the price of buying a retirement income.

And so the commercial banks tend to inflate the prices of assets. And what that has done is increase the value of wealth and real estate and corporate ownership in finance relative to labor. So there’s been an enormous concentration of wealth in the United States and polarization since interest rates began to come down in 1980, from 20 percent then to about 1 percent now.

So the financial plan is basically an asset grab. They want to load the whole economy down with debt. A consumer will come in and say, I’d like to take out a loan. They’ll say, how much do you earn? Everything over subsistence they’ll want as a loan.

When I was at Chase Manhattan, for instanceâ€”and I joined in 1994. Andâ€”1964, I’m sorry. My first job was to analyze Argentina, Brazil, and Chile, and my job was to see how much of a surplus in foreign exchange can these countries generate by exporting, by selling off their property. And once we have the surplus, if that’s capitalized all into debt service, how much can they afford to borrow from us in orderâ€”so that we can get paid their entire surplus for making loans for them? And then, what’s the portion of Chase’s loans to other New York banks and other American banks? And so we’ll all have the whole economic surpluses of entire countries being paid to the banks.

JAY: Right. Michael, you know, if you look at the sort of graph of the strength of the financial sector or size of the financial sector in relationship to the GDP, it gets very, very high around 1931-1932, it sort of starts to go down, then it really dips in World War II. After World War II it’s like a steady climb. But it seems like in terms of planning, in government planning, that pre, you could say, 1980, ’70s, you had a little more mix thatâ€”you had government planning always, you could say, in the final analysis, in the interest of the elites and variousâ€”but more various sectors of the economy than just so much the financial sector. We’re nowâ€”it seems like by far the weight of public policy is on the side or being directed by the finance sector. If you agree with that as an idea, why?

HUDSON: Even in theâ€”let’s take the case of the industrial corporations. Prior to 1980â€”well, in the 1930s, most industrial corporations, if you look at who is a CEO, they were lawyers, because the lawyers had to deal with debt and insolvency. During World War II they tended to be military people, generals. They also were industrial technologists, they were inventors, they were people who came from the production end. Then from about the 1960s and ’70s you had salesmen become the CEOs. They were people who focused on marketing [inaud.], because that was how the industrial [inaud.] to production.

But since 1980 you had a change. The business school focus was shifted. And Robert Locke recently wrote a book on business school education pointing out that the whole focus of business school education now was to have industrial companies run by financial managersâ€”not salesmen, not production end, not lawyers, but financial managers. And so you have a system where not only are the banks allocating credit in the economy, but it’s the corporate sector itself, the industrial sector, is treating companies, industrial companies, as if the purpose was to squeeze out a financial surplus to pay bondholders and stockholders.

And, of course, you also have the phenomenon since 1980 that you really didn’t have before of stock options. If you pay the managers in stock options, the whole objective of running a company is to increase the value of the rewards that the managers get by exercising the stock options.

JAY: Nowâ€”but is the strength of the financial sector in the factâ€”as you’re describing, in terms of corporate leadership, so much is about finance. Is the underlying issue there is that there’s more money to be made through finance and speculation and such, and less through, you know, what was considered more normal productive activity?

HUDSON: It’s certainly easier money. It’s easier toâ€”. If you’re a corporation and you have, say, $1 million cash flow and you have a choiceâ€”am I going to invest this in trying to develop a new product that’s very risky and don’t know how to market it, or am I going to use it to buy my own stock?â€”if theyâ€”you just use this money on a stock buyback to buy their stock, they’re going to raise the price of the stock. This increases the value of the stock option that the managers give themselves. And all of a sudden they make money that way. They don’t have to worry about developing a new product, of getting approval, of finding markets for it, of advertising.

JAY: So whether it’s financial speculation or these kinds of stock buybacks, parasitical activity winds up being more profitable than productive activity.

HUDSON: It’s quicker and it’s easier to make a Ponzi scheme than to create an actual industrial advance. That’s why all the financial managers would love to do what Bernie Madoff did and do a Ponzi scheme, because it’s really easier to do that than to actually make money by being productive.

JAY: Alright. Thanks for joining us, Michael.

HUDSON: Thank you very much.

JAY: Thanks for joining us on The Real News Network.