The FBI's latest local law enforcement report reveals arrests for marijuana-related offenses grew slightly in 2016, despite the fact that most Americans think pot should be legal

The FBI's latest local law enforcement report reveals arrests for marijuana-related offenses grew slightly in 2016, despite the fact that most Americans think pot should be legal 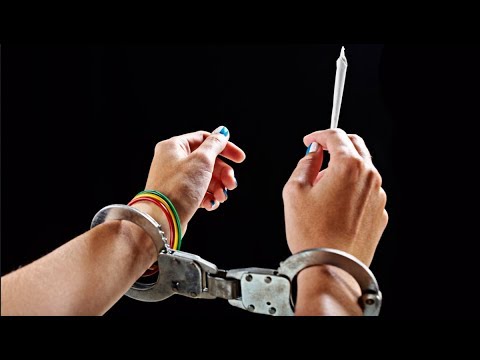 TAYA GRAHAM: There is little doubt that most Americans want marijuana legalized. As states continue to pass laws overturning decades of prohibition, polls continue to show the majority of the country supports the trend. But a recent report from the Marijuana Policy Project seems to suggest our law-enforcement-industrial complex isn’t onboard. According to data tallied by the group, an estimated 653,000 people were arrested nationwide for marijuana in 2016. And nearly two-thirds was for simple possession. To put it in simpler terms, the group calculated that one person is arrested every 48 seconds.

To get an idea why we continue to lock up so many pot smokers and what can be done about it, we’re joined by Morgan Fox who works for the organization. Morgan, thank you so much for joining us. To get started, give me a sense of the statistics in your report and what they represent.

MORGAN FOX: Well, this report wasn’t actually created by the Marijuana Policy Project. This is actually from the FBI’s annual Crime in the United States report. So this report tallies data sent from law enforcement agencies all over the country. And while not all law enforcement agencies report in the same way, the FBI was able to estimate that there were over 650,000 marijuana arrests estimated in the country in 2016 for both possession and for distribution. Obviously possession was far, far greater represented than distribution. And this is just a tremendous waste of law enforcement resources when there are so many other things that we could be dealing with.

TAYA GRAHAM: So how do these stats compare to previous years? What are the trends?

MORGAN FOX: Well, we saw some drops over the past few years. But this actually represents a roughly 10,000 arrest increase from last year. And it’s difficult to tell exactly what’s causing that.

TAYA GRAHAM: So my next question would be: How is it possible with the various legalization efforts that so many people are still being arrested?

MORGAN FOX: Well, a study released earlier this year showed that adult marijuana use has increased slightly from last year. So that might be one explanation, that people are consuming marijuana more as the stigma starts to erode from around the substance. And that might not necessarily be entirely in legal states. Another possibility is that some of the states that have not made marijuana legal are ramping up their arrests for one reason or another, whether that be revenue gathering or asset forfeiture or simply political.

TAYA GRAHAM: Do you have any sense of how these arrests breakdown? For example, how many are for simple possession?

MORGAN FOX: Traditionally it’s been around 80 to 90 percent are for simple possession. With this year’s report and the way that it was released, it’s impossible to tell what the exact percentage is.

TAYA GRAHAM: It’s interesting though that some studies have argued that access to pot decreases the use of other drugs. I read a story recently that said, for example, that in states which have legalized marijuana use, opioid pain killers use decreased. Do you think that’s true?

MORGAN FOX: Well, the data has been showing it, particularly in states that have robust medical marijuana programs and where patients have access to be able to find alternatives to opiate medications. What we saw in the most recent national drug use statistics was that alcohol use had decreased slightly among adults while marijuana use had been increasing slightly. Now it’s impossible to determine whether there was a causal relationship there, but there’s certainly a correlation. And it suggests that people are substituting marijuana for other more dangerous drugs.

TAYA GRAHAM: I’ve listened to legislators who suggest that decriminalizing or legalizing marijuana would lead to an increase in teenagers using marijuana. Is there any merit to that argument?

MORGAN FOX: That’s just not what we’ve seen so far. In individual state surveys, we’re seeing that teen use stays about the same or decreases in states that have passed either legalization or medical marijuana laws. And the study that I just mentioned for national use rates showed a statistically insignificant but still present decrease in teen use nationally. So opponents of legalization are constantly saying, “What sort of message are we sending to kids?” And apparently the message that they’re getting is that marijuana may be safer than alcohol, but it’s also something that should be regulated for adults, not for them.

TAYA GRAHAM: So what exactly is motivating law enforcement to continue the pace of arrests? For example, with an increase in violence in cities like Baltimore, why do police keep focusing on pot?

MORGAN FOX: Well, law enforcement agencies will say that they continue focusing on it because it gives them a tool to be able to find more serious crimes and be able to do things like confiscate guns. But I’ve always found that argument to be a little specious because if you can’t do your job without unjustly arresting people for something that’s safer than alcohol, you should probably find new ways to go about it. But law enforcement traditionally has been against legalization largely because their revenue stream depends on it. Being able to arrest people for marijuana allows them to get federal grants as … also allows them to seize the assets of people that they arrest and keep a large amount of that money.

TAYA GRAHAM: The last time you spoke with The Real News, we discussed a Senate rule that was set to expire. It barred the Justice Department from prosecuting sellers of medical marijuana in states that made it legal. What’s the latest development in that story?

MORGAN FOX: Well, in late September that rule was passed by the Senate Budget Committee and then was ruled out-of-order by the House Rules Committee. Which basically meant that in any final budget, a conference committee was going to have to determine whether to include those protections or not in whatever final version of the budget they send to the administration for signature. Luckily, the budget deal that happened shortly thereafter extended those protections until December 8th. But they’re still on the chopping block. And it’s entirely possible that if those amendments are not included in the final budget, that state legal medical marijuana patients and providers will be subject to prosecution per whatever the DEA and the DOJ decide that they want to do.

TAYA GRAHAM: So my final question would be: How much power does Attorney General Jeff Sessions have when it comes to arresting citizens for legal possession or legal distribution of marijuana?

MORGAN FOX: Well, as long as the protections are still in the budget, so until December 8th, the Department of Justice cannot use any resources to go after state legal medical marijuana patients or providers. However, they still have the legal ability to go after people in legal states because marijuana’s still illegal under federal law, despite Department of Justice policy going back several years saying that it was not a priority. Politically, I think that there’s really a lot less power than they have legally because of the popularity of making marijuana legal and the fact that the administration has said multiple times that this should be a states’ rights issue.

TAYA GRAHAM: Morgan, thank you so much for joining us.

MORGAN FOX: Thanks for having me.

TAYA GRAHAM: I’m your host Taya Graham. And thank you for joining The Real News.

As communications manager, Morgan Fox handles the day-to-day media needs of MPP’s reform efforts on the state and federal levels. In addition to interviews and providing information to reporters, Morgan is a frequent contributor to the MPP blog and has authored articles that have been published in news outlets nationwide. A native of Cleveland, Ohio,…

Billionaires Can Buy Sex and Not Go to Jail. Why Can’t You?