Prof. Carlo Panico discusses his new report on the use of irresponsible monetary policy, which causes a constant decline in public investment. Mexico has emerged from a series of financial crises, and yet the policy that causes those crises does not change

Prof. Carlo Panico discusses his new report on the use of irresponsible monetary policy, which causes a constant decline in public investment. Mexico has emerged from a series of financial crises, and yet the policy that causes those crises does not change 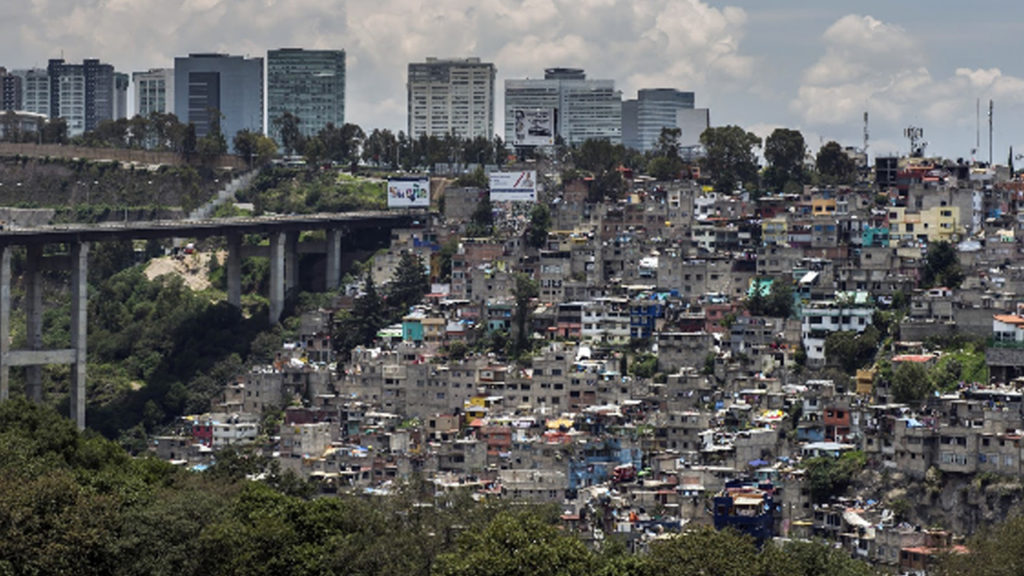 Andres Manuel Lopez Obrador became the new left president of Mexico just a few months ago on December 1, promising radical change in a country that has suffered from conservative monetary policy for decades. A new report by the Political Economy Research Institute at UMass Amherst finds that conservative monetary policy has suffocated public investment in Mexico, and as such caused an overall and prolonged decline in productivity. Well, with the new government of President Lopez Obrador, Mexico will have an opportunity to revise this trend. This paper, titled Monetary Policy in Liberalized Financial Markets: The Mexican Case, by Santiago Capraro and Carlo Panico. And Carlo Panico joins me today from Mexico. Thank you so much for joining us, Professor Panico.

CARLO PANICO: Thanks to you. Good morning.

SHARMINI PERIES: Now, Professor Panico teaches economics at UNAM, and at the University of Federico II of Naples in Italy. Now, Professor Panico, you lay out a basic inquiry in this paper. So tell us about, first, the inquiry, and then we’ll dig into the findings a little bit later.

CARLO PANICO: OK. Well, the inquiry wants to examine how a country like Mexico, a Latin American country, an emerging country has to deal or can deal with the present situation of financial liberalization, in which the financial industry has become very strong and powerful.

So what happens in this country is that there is a primary objective of monetary policy, is to defend the country from speculative stocks. But the way that’s been done recently, it does put some difficulties on the economy; suffocating public investment, reducing positive investment; and it’s having negative effects on the financial and economic structure, the current industrial structure of the country and the capacity to compete at the international level. That data show it’ actually dead. It sees public investment is shrinking, reducing continuously. Then we hear that the economic structure of the country is getting weaker and weaker, and international competitiveness goes down. And then we have to do something about that, because if you don’t do something about that, that means if the monetary policy does not do something about that, what is going to happen? That the probability of speculative attack against the country, against the financial structure of the country, will increase. And this is a real danger.

So even if in the last 20 years the Bank of Mexico managed to keep financial stability, and defend the economy and the cities from speculative attack coming from abroad, I mean, this probability, the probability that this will not happen in the future, is going to go down. So it’s better that the central bank and the government take notice that something must be done to devolve, in some way, give back discretionality to fiscal policy, to governmental policy. And then this policy is used efficiently to improve the economic structure, the productive structure, of international competitiveness. This is what the study tried to show. And we in this study tried to identify how that can be done, because this is not only a problem of Mexico; a problem of the majority of the countries in the world. And this is being discussed now, 20 years of discussion about how to reform institutional organization or economic policy in order to face, to tackle this problem.

And in some countries, I mean, new solution has been found and implemented. So even, I think, it is also in Latin American countries, that in Mexico, this has been done to reflate the economy; to strengthen and to make the economy working better.

SHARMINI PERIES: So you argue that the goal of restrictive conservative monetary policy is to maintain economic and financial stability at all costs. But paradoxically this stability is not achievable under this kind of monetary policy. I think that’s what you would argue. So indeed, you show how the volatility in the exchange market has increased with the rise of monetary conservatism. Explain to us, how did this happen? And what are its effects on the Mexican economy?

CARLO PANICO: Well what has happened in the last 20 years in Mexico is that the financial stability has improved. They have been no speculative attacks against the country in the last 20 years. But growth has gone down. Distribution of income has become more unequal. And I mean, if you look at the data, international competitiveness has gone down. So the current account of the balance of payments is worth quite a lot. This is the drain. When you have the current account balance of payments worsen, then the probability that you will get speculative attack from abroad goes up. So this will not be, will not work, as time goes by. This would work for a certain period, and then you are having a high probability of receiving speculative attacks. So financial stability in the long run is not attainable in these conditions.

SHARMINI PERIES: All right. Professor, you talk about international competitiveness. Exactly what do you mean by that? And then, of course, end this interview by telling us how, specifically, you would advise the government in terms of what to do to address this problem of public investment that’s necessary for competitive reasons.

CARLO PANICO: Well, the international competitiveness is the capacity of a country to export more than they import; that the country imports. So this is international competitiveness. If you look at the data, the international competitiveness of Mexico is going down. In the last 20 years, has gone down and down, slowly but firmly and steadily. So this is very dangerous for the country. If in this moment the Mexican government will try to attempt an expansionary policy, the first things that will come out, you will have a worsening of the balance of payments, and then this will limit the possibility of implementing such a policy. So you must take into account that this is a constraint. It’s a strong constraint on any possibility of growth in this country.

So you must intervene on that. And the way to intervene on that is to have very clear information about how to avoid an expansion of effective demand in the country through a governmental policy, or through a distribution of income. How you can do that? This deficit in the balance of payments is going to be not so strong as to generate a speculative attack against the change. It makes the pesos, in particular. You need information. You need to be very efficient and punctual; I mean, very on the point, to avoid it.

This is what I would suggest, mainly. Don’t do things without having this information. And this information nowadays, less development than 40 years ago, than 30 years ago, because the institutions that were collating and elaborating this information are not collating them as they did in the past. I mean, if we think that the NAFIN, which is a national bank of development in Mexico, is not doing that anymore. So if you now try to do the sort of expansionary policy, you have to–you don’t have the real information, the information about what is going to happen to the balance of payment; how it can reduce the negative effect of the balance of payment.

This is a first point. And then, I mean, there are resources available for the government into the central bank, which can be used. That is, can be used efficiently. And cannot be used say against the will of the central bank. There must be an agreement. On the way these resources are used to avoid further problems.

SHARMINI PERIES: I’ve been speaking with Professor Carlo Panico, who joined me from Mexico City. He teaches at UNAM and at the University Federico II of Naples, Italy. Professor, I thank you so much for joining us today.

CARLO PANICO: Thank you to you. Bye bye.