Mohamed Elmeshad: Beyond the violence, army and some business elite play interlocked role in bloody clashes

Mohamed Elmeshad: Beyond the violence, army and some business elite play interlocked role in bloody clashes 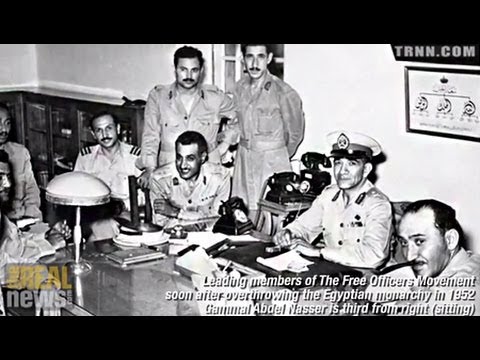 In the aftermath of the ouster of President Morsi, there have been clashes all over Egypt. Many of them have turned violent, with officials reporting at least six deaths in Cairo.

Here to give us an update on the events is Mohamed ElMeshad. Mohamed is a Cairo-based independent journalist who wrote for Egypt Independent for two years. And he joins us now from Cairo.

Thanks for being with us, Mohamed.

DESVARIEUX: So, Mohamed, my first question is really about these protests. And specifically I want to know what the army’s role is in all of these clashes. We have people coming out saying the army and the people are one, but not too far back in history the people were in the streets asking for the army to be ousted themselves and to put a democratically elected official in power. So what do you make of this? Are people really bonding with the army here?

So when the military stormed in or when the military came into the scene in the first 18 days of the uprising, there was a sense of relief, because it’s a popular army. It’s an army that–it’s a conscription army, so everyone knows someone who has served or is serving, mostly family.

What happened after the military took power and the Supreme Council of the Armed Forces took power is people were trying to redefine their relationship with the army. There was the Supreme Council of the Armed Forces, which ruled the army, and people were always trying to differentiate on TV and even in print–there would always be a big differentiation between the leadership of the army and the people.

But to say that the people in general had a tentative relationship with the army doesn’t really cover it, because most of the people had and still do have good feelings towards the army. It is mostly protesters and demonstrators who experienced a lot, a lot of discomfort from the army–and many would say discomfort is a very soft word to use, especially given what happened during some of the clashes with the army when they were in power. They are the ones who are looking back and saying, hold up, you know, this is not–we know not to trust them, we know what they’re capable of. Many Egyptians would say that this is just how the army operates, and when they intervene because of extraordinary circumstances, then that would always come with collateral damage because of the army’s way of being quick and direct and dealing with a situation without much diplomacy.

So their role now is that they are the leaders of the–I mean, they rule the streets. Police follow the army, and when clashes happen, they will invariably include the army, I mean, one way or another, whether it’s the army going in to secure with the police following or the army actually being a party in it.

DESVARIEUX: Okay. So let’s talk about the army’s relationship with people, a specific group of people, the business elite. Where is the commanding elite in all of this?

ELMESHAD: Well, the business elite–I mean, some–the army sometimes–the army could be seen as the business elite, given how large the army’s holdings are. Estimates go from 5 to 40 percent of how much the military owns of the Egyptian economy and how much the military operates. The military owns everything from steel and hardware manufacturing to pasta factories. They have a very established contracting company. They own large swathes of real estate, prime real estate in Cairo, outside of Cairo, along the Red Sea, where any investor in tourism would kill to have that land.

So the army don’t really need to have an active relationship with the business elite, because they have their own businesses to run, untouchable businesses that are extrabudgetary. Whenever they need budgets, the military’s spending is either extrabudgetary or it’s not itemized in the national budget. So their relationship would be political, I would say, is more pertinent now to the situation, because it [incompr.] the army back and [incompr.] the army be–stand behind.

DESVARIEUX: So let’s talk about the business elite’s relationship with Morsi and the Muslim Brotherhood. Can you describe a little bit about that relationship?

ELMESHAD: The business elite’s relationship with Morsi is tricky, because the NDP, the National Democratic Party, which was Morsi’s ruling party–which was (sorry) Mubarak’s ruling party, included many of Egypt’s largest businessmen. The Muslim Brotherhood also has pretty well-established and large businessmen. These businessmen were given–the NDP businessmen are given exclusive rights to many of the companies that were privatized. They were allowed to invest in areas that others weren’t allowed to invest in, such as some areas of telecom. There is a new telecom company that was formed. The third one after the first we had, Vodafone and Mobinil, included many of the National Democratic Party’s allies.

What happened after the Revolution, after the January 25 uprising, is that many of these people fled because of their ties to the Mubarak regime. [incompr.] largest and probably most–some say richest man in Egypt, Ahmed Ezz, was actually in charge of the National Democratic Party’s parliamentary bloc and their policymaking body. He’s in jail now. Other people, such as Hussein Salem, a close friend of Mubarak who was in charge of many of the gas deals and who was the middleman in the energy sector for many of the gas deals between Egypt and other countries, including Israel, he’s in Spain escaping persecution. So in the beginning there was a desire from the revolutionaries to have all of these people face trial, to have a lot of the deals that went through due to unfair practices or due to [incompr.] certain market failures that had to do with the political situation be looked into again and potentially reversed somehow.

But what happened was as the economy kept from growing–I mean, 2012 we had close to zero percent growth. Two thousand and thirteen it’s getting better; however, it’s still very slow. Nothing’s really moving. The many people under–many of Morsi’s closest advisers said that maybe they should try and engage in reconciliation with these people and try and coax a lot of these businessmen back to Egypt just to get the economy rolling again. And there’s a lot of talk of offering them amnesty if they were on trial for–or like Hussein Salem were actually judged in absentia, convicted in abstentia, and just offering them amnesty and offering them a way back to get the economy moving. Now, the Brotherhood also have–like I was saying, they have large businesses and large industries. And there are a lot of–I wouldn’t say apolitical, but removed businessmen that exist in Egypt and are just waiting for things to calm down so they can get back to work.