Lawmakers want the FCC to investigate the Russia-backed Sputnik Radio for using "U.S. airwaves to influence the 2016 presidential election," apparently not realizing that Sputnik wasn't on the radio until July 2017, says Max Blumenthal

Lawmakers want the FCC to investigate the Russia-backed Sputnik Radio for using "U.S. airwaves to influence the 2016 presidential election," apparently not realizing that Sputnik wasn't on the radio until July 2017, says Max Blumenthal 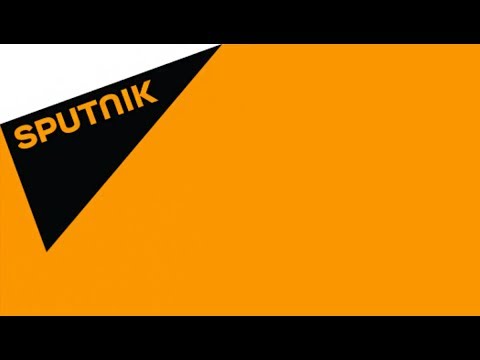 AARON MATÉ: It’s the Real News, I’m Aaron Maté. This is part two of my conversation with Max Blumenthal, best-selling author, journalist, senior editor of Alternet’s Grayzone Project, co-host of the new podcast Moderate Rebels. In this interview, we’re talking about the latest on Russia-gate.

Let’s go to the issue of RT and Sputnik. These Russian, state-owned media outlets have been under pressure in the U.S. Both have been asked to register as foreign agents, or have been investigated along those lines as suspected foreign agents recently, and just this week three members of Congress sent the chair of the FCC, Ajit Pai, a letter asking him to investigate Sputnik radio, and this is what they write:

Max, as we wrap, your thoughts on that.

MAX BLUMENTHAL: Yes, one of the most embarrassing letters I’ve ever seen from a member of Congress, because … well, maybe not. I mean, there’s so much garbage tumbling out of Capitol Hill, but this letter refers to Sputnik Radio broadcasting on 105.5 FM, and I urge everyone to listen to it. It’s actually one of the best stations in the city right now. I was just on my friend Eugene Puryear’s show yesterday. Eugene Puryear is a social justice activist in Washington. He was a candidate for city council. He has his finger on the pulse of the city and he’s one of the best analysts of geo-political affairs that I know, so it’s just an excellent show.

We were joking about this letter because Sputnik came on DC radio this July. That’s nine months after the election was decided, you idiots. I mean, have they even been confronted by any American reporter about how idiotic their claim is? Unless Putin has some kind of time machine, it’s simply impossible for Sputnik to have influenced anyone around the election through 105.5 FM. Beyond that, when I was on Eugene’s show and we had a great conversation about Trump’s UN speech. None of us are very friendly to Trump, so I don’t know where the collusion is there, but we took calls, and there weren’t that many calls coming in because not that many people were listening to 105.5. There isn’t much advertising for Sputnik in DC. Not many Washingtonians know about it.

I can tell you that hundreds of thousands of people in the DC area are being influenced by disinformation by figures like Rush Limbaugh, and racist, white supremacists like Michael Savage, who are spreading conspiracies about creeping Sharia. These are figures who actually influenced the election, and I don’t know why the Democrats aren’t going after them anymore. I’m old enough to remember, I might look really young and everything, or not, I don’t know. You can’t really see my receding hairline from this angle, but I’m old enough to remember when the Democrats actually attacked right-wing radio, and didn’t attack these fairly marginal Russian stations.

The reason I think they’re doing it is because it’s provided a platform to people like me, and people like Eugene Puryear, and it’s about the hardening and radicalization of the center, and about figures from a political establishment who’s worldview has been discredited who simply need a scapegoat. Now, for the neocons we talked about before, there are other reasons why they’re pushing the Russian interference narrative. They genuinely would like, I believe they would like a hot war with Russia, or at least with Russian proxies, but for the Democrats in Washington it’s just a convenient scapegoat that helps them reinforce a discredited worldview. It’s not only sad, it’s deeply dangerous because it feeds into the neoconservative long-term agenda, which will get, could get millions of people killed.

AARON MATÉ: Yeah. You know, Max, on Sputnik, my thoughts on it are that it is obviously an arm of Russian state power, so you don’t hear much criticism, or at least I haven’t heard criticism of Russian government policies, but otherwise, I’ve learned a lot from its shows, including Eugene’s show, and also Loud and Clear with Brian Becker.

MAX BLUMENTHAL: Brian Becker’s show is one of the best public affairs shows that I know of, and also John White, who is, I believe he’s Scottish, and is a kind of working-class leftist in the UK who is actually pro-EU. He does great shows on geo-politics.

AARON MATÉ: Yeah, and all these shows we’ve mentioned are, as you said, totally anti-Trump, so the idea that they’re working on the Russian government’s behalf is pretty laughable, as is the idea that, as you said, they could have some influence. There is I think one alt right Breitbart guy who has a show, but-

MAX BLUMENTHAL: Yeah, well he has a show, and they deliberately paired him up with a Bernie Sanders supporter, and that’s never mentioned in any coverage of Sputnik. I mean, this also speaks to the zeal and bias of reporters like Micheal Isikoff, who has been heavily involved with Ukrainian-nationalist elements in Washington, and was during the campaign, but if you look at Micheal Isikoff’s coverage of Sputnik and the supposed FBI investigation, I don’t even know if there is one, he only mentions Lee Stranahan who came out of Breitbart, and doesn’t mention that his co-host is a Bernie Sanders supporter, and that the rest of the Sputnik hosts who broadcast in Washington are left wing.

AARON MATÉ: Max, speaking of the left wing, where has the left-wing media been on this? I mean, you’ve spoken out about RT and Sputnik being targeted. We did one segment here on The Real News with the journalist Alyona Minkovski. I believe Trevor Timm of the Freedom of the Press Foundation said something. Otherwise, I’ve seen a lot of silence from this investigating of RT and Sputnik as foreign agents and this letter to the FCC calling for them to be investigated there too.

MAX BLUMENTHAL: I’d also give Glenn Greenwald and Michael Tracey a lot of credit for challenging, and Mark Ames and Yasha Levine, who are two journalists who really know Russia because they lived there. They were actually cast out by Putin during a crackdown on independent media, so they’re not really inclined to be Putin-ites, but they understand how insane the whole narrative is, and how it’s based on a series of falsehoods and manufactured threats that all are trending towards a new Cold War.

Why do other journalists, why have they been silent, or self-censorship, the fear of being attacked … I’ve been attacked mercilessly for speaking out, and actually challenging some of the disinformation, and so have these other journalists. Beyond that, if you don’t know a lot about, if you primarily cover domestic politics and you haven’t done field reporting from another country, you don’t know a lot about geo-politics and international relations, foreign policy, and how it works. This is an area where you’re going to defer to the fake Russia experts, and then beyond that, there’s such hatred of Trump, I think justifiably, that it’s just kind of fun to embarrass him on the Russia issue, and the PD tape, and all that.

I saw George Takei, the Star Trek actor, claiming on Twitter that the U.S. was working with Russia to surveil an ISIS convoy of women and children who were being evacuated from previously controlled ISIS territory to ISIS territory in exchange for Lebanese soldiers in the deal with Hezbollah. This is a very complex deal in Syria that was carried out, which was really important to both sides, and human lives were at stake. It was reported in The Hill, which has become kind of a tabloid, that Russia had taken over the surveillance of the convoy. This is just U.S.-Russia deconfliction. They’re working together in Syria against ISIS, and George Takei goes on Twitter and says, “This is more proof that Trump is controlled by Russia,” in so many words, and he was re-tweeted by 5000 people.

The parochialism, and kind of the parochialism and ignorance of resistance liberals, is so clearly pronounced around the Russia issue that they can kind of be duped into believing anything. And so that’s another problem, and I think that helps explain the culture of Beltway reporters who really know next to nothing about Russia, or about how American foreign policy works.

MAX BLUMENTHAL: Thanks for having me.