Communities of color are also bearing burden from toxic facilities in large part without receiving the employment benefits, says Michael Ash of the Political Economy Research Institute at UMass Amherst

Communities of color are also bearing burden from toxic facilities in large part without receiving the employment benefits, says Michael Ash of the Political Economy Research Institute at UMass Amherst 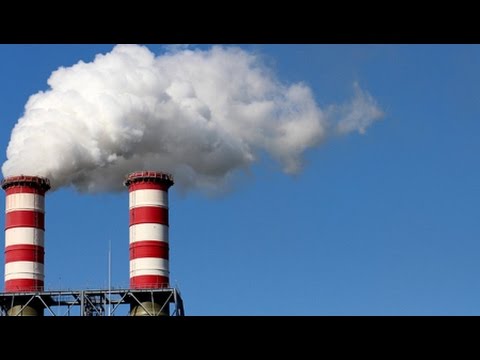 Our next guest who did research into the very question has some surprising answers including evidence of systemic racial disparities. Michael Ash is Professor and Chair of the Economics Department at the University of Massachusetts Amherst. He is the coauthor of the research paper we are about to discuss along with James K. Boyce. The study was published by the Political Economy Research Institute at UMass Amherst. The research paper is titled, Assessing the Job’s Environmental Relationship with Match Data from US EEOC and US EPA. Those references are to the Equal Employment Opportunity Commission and the Environmental Protection Agency. Michael it’s very good to have you with us today.

MICHAEL ASH: Thanks Sharmini for having me on.

PERIES: So Michael, many politicians and policy makers make the case that environmental regulation comes at a cost of economic prosperity. But your research looked more specifically at that claim where the community’s increased exposure to pollution is offset by an increase in employment levels. What did you find?

ASH: Well your point is really well taken that politicians emphasize the tradeoff. And it’s even a type of rhetoric that politicians are concerned about the environment might engage in. You think back to Al Gore’s Inconvenient Truth. There’s a scene where he comes out and he shows the scales. Well it’s the gold versus the Earth and you’ve got to make that choice. Which of those do you want?

So it’s very important if there is a tradeoff to understand how big that tradeoff is. So my colleague and I decided to take a look at that tradeoff in the United States. We looked at polluting facilities. These are chemical companies, toxic storage and disposal facilities, metal fabricators, primary metal producers. And we took a look at both the pollution damage they did to surrounding communities and we looked at the number of people that they employed overall. The number of people that they employed in what we call jobs. Jobs that are likely to have stable career ladders and high earnings. And their employment of minorities. So we wanted to understand those 3 dimensions of employment that a company might offer in relation to the environmental damage that the company does to the surrounding community.

PERIES: And so you also looked at whether there’s a racial disparity as you just said in this Pollution Exposure and employment and of course access to good paying jobs which everybody wants. So what did you find?

ASH: We found something that surprised us a lot. We looked at the 700 of the 1,000 most polluting facilities in the country. So you really have to picture factories belching smoke into the surrounding landscape. We looked at again, 700 of the 1,000 most polluting facilities and we found what was really remarkable among these facilities, and again keep in mind these are high pollution facilities–is that there wasn’t very much variation among them in how many people they employed given how much damage they were doing.

There really isn’t a tradeoff. And I think that’s a potential source of guidance for politicians as they say well gee you know if we want those good jobs we’re going to have to accept this tradeoff. The real truth of the matter is there isn’t much of a tradeoff.

PERIES: Michael you also looked at whether there was a racial disparity in this pollution exposure, unemployment, and access to good jobs which is an important question for many environmental justice movement and organizations. So what did you find there?

ASH: This is actually the impetus for the study. So I’m going to tell you a story from my coauthor Jim Boyce. Jim was visiting Cancer Alley Louisiana. This is a section of Louisiana, fairly close to Baton Rouge where there are many industrial facilities in the petroleum industry. There are petroleum refineries, there are chemical facilities that use petroleum as an input. This is an area because of the high degree of community exposure that is nicknamed Cancer Alley. And there are indeed some of the most polluting facilities are in that area and furthermore these are some facilities where the burden is borne overwhelmingly by people of color. There are facilities in East Baton Rouge, Louisiana where on the order of three quarters of the total human health risk created by the facility, befall minorities. Overwhelmingly African Americans.

So it’s actually in Louisiana that the story of this paper begins. Jim was visiting a community in Cancer Alley and he asked of the community, he said well you are exposed to this pollution but is there any benefit for the community? Is there any payoff for example in terms of jobs or good jobs? And the answer was quite frankly no. Take a look in the parking lot of these facilities. For example, there’s an Exxon Mobile refinery in Baton Rouge, Louisiana which is a particularly high pollution facility. Take a look at the parking lot at the end of the day. It’s all white guys getting in their pickup trucks and driving far away. Those jobs don’t go to us. So I can’t talk about the particulars of Exxon Mobile’s employment at the Baton Rouge facility because those data are tightly held by EEOC. But I can say that as a pattern it is overwhelmingly the case that minorities are disproportionately exposed to pollution in relation to the number of jobs that they receive.

Let me make that a little more concrete. There are a lot of facilities in the country where half of the pollution burden might fall on people of color in the surrounding communities. And we have quite good measures from EPA of where and how this burden falls. So you have to think about a facility where half of its burden is falling on people of color. Typically, only about one quarter of that facility’s jobs and well under one quarter of that facility’s good jobs are going to African Americans.

So there’s a pretty direct way to think about that tradeoff for communities of color. Yes, they are getting the burden from the toxic facility but no they’re in large part not receiving the jobs. That’s one of the pieces that we document in this study.

PERIES: And how broad is the impact? Obviously if somebody’s working at one of these facilities it’s not just the person but the environment, the family, the community, and so on. How severe is the access to this kind of exposure?

ASH: Right. So we’re really looking at community exposure. We’re not looking exclusively at the exposure of workers. So they’re probably included in our accounts of who’s being affected. We’re looking at a fairly broad brush. What is the effect of this facility on its surrounding community? How much potential chronic human health risks is generated by this facility’s air emissions? And when we say community we’re taking a look at about 50 kilometers, 30 miles, around the facility and getting a pretty good idea of how much both cancer and non-cancer risks is being generated by the facility. So when we say the thousandth most polluting facilities we’re talking about the thousand facilities that create the most cancer or no cancer risks for the population who live in the surrounding 30 miles.

That’s a pretty wide radius. A lot of that damage is focused up close. Happens in the first 1 mile-5 miles. But there’s still a meaningful impact on communities that can be as far as 20 or 30 miles away. And there we’re talking about raised incidents of cancer or for non-cancer impact, raised incidents of reproductive damage, neurological damage, pulmonary damage. All of the types of human health impact that you would expect from air pollution. From toxic chemicals.

ASH: Well there are areas of the country that gave us some surprises. So if you look at the industrial Midwest we found that actually the more toxic the facility, the fewer the jobs. So when I said that on average there’s no relationship between how toxic these polluting facilities are and how many jobs, there’s some regions where that’s less true and some reasons where that’s more accurate. So it really came as a shock that in the industrial Midwest which is one of the highest pollution areas of the country, as you see increasingly polluting facilities you actually see fewer jobs being created by those facilities. So it’s a particular heads up for politicians in that part of the country.

PERIES: Alright Michael, I think each of the areas we tackled today needs some digging in and I hope to do that with you in the near future. Thank you Michael.

ASH: Thank you Sharmini for having me on.

Professor Michael Ash is chair of the Economics department at University of Massachusetts, Amherst. His areas of expertise are labor, health, and environmental economics, examined primarily through quantitative models. Ash’s main interests in environmental policy include disclosure and right-to-know laws, greenhouse-gas policy, and environmental justice. At UMass, Ash co-directs the Corporate Toxics Information Project of…

The Many Ways Anti-Black Racism Contributes To Environmental Racism