No End to US Involvement in Afghanistan 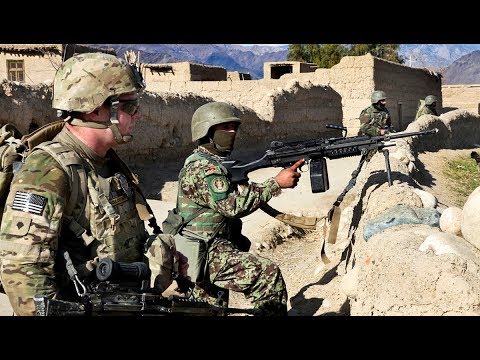 PAUL JAY: Welcome to The Real News Network. I’m Paul Jay, now joining us is Larry Wilkerson. Thanks for joining us again, Larry.

PAUL JAY: shultsy100 on YouTube asks, “There appears no end to any ceasefire in Afghanistan.” I’m not sure what he means by no end. There seems to be no beginning of a ceasefire. Bin Laden is in the past. There’s no resources there, except opium. When can we leave that place?

Let me add something to that. On this television show “Madam Secretary, there’s another storyline going, which is the Russians have hacked into the American embassy in Kabul, and that led to an attack on a CIA safe-house. In this television show Madam Secretary, some of the CIA people evacuate. I think one maybe gets killed. Then there’s some innuendo there that the Russians are collaborating with the Taliban. They don’t give any reason, but I suppose if there’s any actuality to any of this, maybe the Russians would like Afghanistan to do to the Americans what Afghanistan did to the Russians. What do you make of the Afghan situation, and particularly the U.S.-Russia rivalry as it expresses itself in Afghanistan?

LARRY WILKERSON: I think there’s legitimate intelligence that reflects Russian and Iranian support for some elements of those forces we’re ostensibly fighting in Afghanistan. It probably has different reasons than we might think, might even have something to do with Russia’s efforts to infiltrate those organizations and ensure they don’t come north.

Let me tell you about Afghanistan. You know this, Paul. I’ve said this before. Afghanistan is no longer about the Taliban. It’s not even about the stability of Afghanistan, except as it serves the larger purpose. That larger purpose is now twofold. One is to keep hard military force in Afghanistan for the next 50 years if necessary, in order to have hard military force somewhere close to China’s one belt, one road across the land. The second reason is so that we don’t have to come back a vast distance and establish a military force in the area in order to take care of Pakistan’s nuclear weapons, should that country suddenly destabilize. That’s why we’re in Afghanistan, not to fight the Taliban, Al Qaeda, ISIS, or anybody else, and we will be there for another half-century.