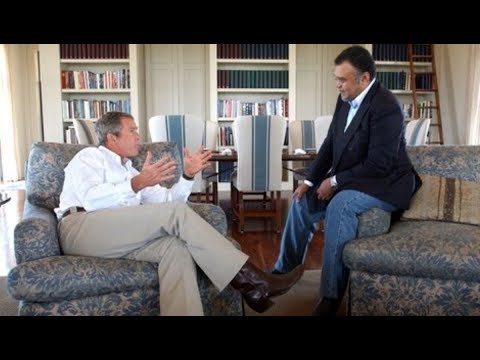 PAUL JAY: Welcome to The Real News Network. I’m Paul Jay, now joining us is Larry Wilkerson. Thanks for joining us again, Larry.

PAUL JAY: All right. A couple of Saudi questions here. I’m going to combine them. Greg Underdahl, I’m probably mispronouncing Greg’s name: What is Colonel Wilkerson’s take on former Senator Bob Graham, who co-chaired the Congressional investigation into 9/11? Graham’s assertion that the FBI is aggressively covering up Saudi Arabia’s role in 9/11. Then Christopher Thomas Collier on Facebook asks, “You’ve said previously that Saudi Arabia may not last more than a few decades. Do you think Prince Mohammed bin Salman’s recent actions will accelerate that?” Start with the 9/11, and then we can get to the future of the Saudis.

LARRY WILKERSON: Yeah, I following former Senator Graham’s remarks. Not every remark, but most of his substantive ones. I don’t disagree with him strongly. I think that there was some coverup. I think the 9/11 Commission itself did some coverup. My god, it had to write Powell’s testimony. It had to work with Condi Rice’s writer, too, to get her testimony together. I had to look into it quite extensively, and I think there was a coverup, just as there was with the Warren Commission and probably almost any blue ribbon commission, as it were, that would study something like that. There are always political considerations, and in this case, I think one of them was to protect Saudi Arabia.

The thing I can’t figure out from the intelligence, not definitely anyway, is whether there were major figures in the Saudi government who on a consistent basis not only supported Al Qaeda and Osama bin Laden but were cheering him on, on a consistent, extended, sustained basis with money and even support in other ways, like intelligence and so forth. That’s what I can’t find. I have no doubt in my mind the Saudis helped, no doubt. When I say the Saudis, I don’t know exactly who that was.

PAUL JAY: I’ve interviewed Graham a few times, and he certainly points the finger at Prince Bandar, which was the Saudi ambassador to the United States.

PAUL JAY: It’s interesting. I think most people who know the situation think that Bandar orchestrated the Saudi role that really starts the Syrian Civil War. It’s Bandar that’s funneling all the money to the extreme Islamist groups, pro-Saudi manipulated groups in Syria. Bandar is the orchestrator of that, as well. Graham certainly thinks that Bandar doesn’t do 9/11 or various things without the king. He says directly it’s the king. Bandar can’t be freelancing. That’s a whole other conversation.

LARRY WILKERSON: Yeah. Let me get to the second part of the question there. I think Mohammad bin Salman, if he has a positive aspect to what he’s doing, not only the economic, the public offering of Aramco, and the other details of that futuristic look at Saudi Arabia and what they need to do to meet that future. Those are positive, I think, women driving and so forth, liberalization in general, all positive. When you look at the war in Yemen, you look at what they did with Prime Minister Hariri, whisking him away from Beirut, you look at what they might be going to do with Iran, you look at what they’ve done in Syria, and I think you’re right about Bandar managing that operation for Saudi Arabia in Syria, then you have to say, “Wow, I don’t know whether MBS is good for Saudi Arabia or not. In the long run, he might be the disruptive thing that brings the kingdom down.”