Will Eastern European Countries Be Drawn Into Russia-U.S. Conflict? 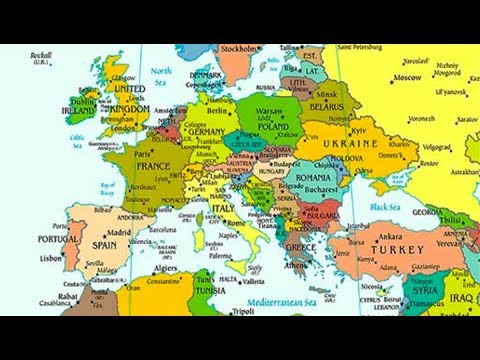 PAUL JAY: Welcome to The Real News Network. I’m Paul Jay, and we are live on Facebook and YouTube and TheRealNews.com and now joining us is Larry Wilkerson. Larry was the former chief of staff for U.S. Secretary of State Colin Powell. He’s currently an adjunct professor of government at the College of William and Mary and a regular contributor to The Real News. Thanks for joining us again, Larry.

PAUL JAY: All right. I’ve got a lot of questions here from people watching live, so let me try to get another one. Here’s Laudon1780 on YouTube: Colonel Wilkerson, do you see any moves to further drawn eastern European countries into the Russia-U.S. conflict, such as Moldova, and do you expect sudden changes of governments there?

LARRY WILKERSON: In a certainly way I do, but I think it’s probably going to happen, what we’re calling in the academic community, in a democratic way, but that democracy’s going to be illiberal, not liberal. That is to say, they’re going to use elections, more or less, to bring in more or less right-wing types. We’ve already seen that in some of the countries. We’ve seen Germany’s AfD, for example, increase its membership in the German legislature. I think that’s the shrewd way it’s going to happen.

I think we’re going to see … Because of this social media, and because of other means of communications now, this is something that probably has never happened before, not in the modern world anyway. We actually have Nazis in Europe communicating with Nazis in America. We have alt right in Europe communicating and planning in some cases with alt right in the United States. This is a global movement of fascist-like, Nazi-like tendencies, and Putin is going to play that. I’m not saying he’s that kind of person. He could be, I think, but there are plenty like that. Ukraine is full of them. Ukraine has got people who would love to go back and put the swastika back up.

PAUL JAY: Just had an essentially pro-fascist protest or rally there of about 60,000 people a few weeks ago.

LARRY WILKERSON: Yeah. Of course, sometime ago, our CIA was supporting some of those groups because they opposed the Russians. This is a new phenomenon, I think, to have this kind of global communication and global propaganda amongst people from Charlottesville, Virginia, and people from Kiev, Ukraine.