Wilkerson: For Truth, Justice and the American Way (2/8)

Lawrence Wilkerson, Collin Powell's former Chief of Staff, reflects on his life journey from "cold warrior" to harsh critic of US foreign policy

Lawrence Wilkerson, Collin Powell's former Chief of Staff, reflects on his life journey from "cold warrior" to harsh critic of US foreign policy

TRNN REPLAY: The 50TH Anniversary of the First US Offensive in Vietnam

War is Not About Truth, Justice and the American Way 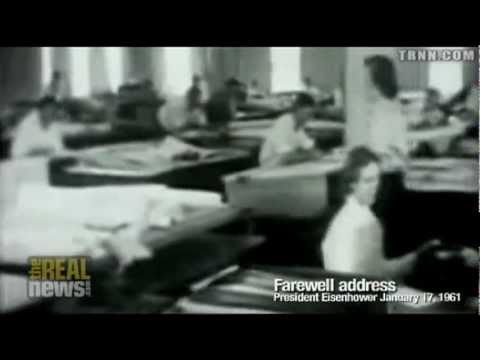 PAUL JAY, SENIOR EDITOR, TRNN: Welcome to The Real News Network. I’m Paul Jay in Washington. This is the first in a series of interviews with Lawrence Wilkerson, Colonel Lawrence Wilkerson, who I find one of the more interesting actors on the American political stage in the last decade. Larry Wilkerson, in 1966, while he was studying philosophy and literature, joined the Army and volunteered to go to Vietnam. The same man who believed in the American narrative enough to put his life on the line in Asia 40, 50 years later is one of the harsher critics of US foreign policy. Now joining us to talk about that arc of his life is Larry Wilkerson. Thanks for joining us.

LAWRENCE WILKERSON, FMR. CHIEF OF STAFF TO COLIN POWELL: Thanks for having me, Paul.

JAY: So let’s go back. In 1966 you’re making a decision to volunteer to go to Vietnam. What is it that drives you? Why do you go? What is it you believe about America and American foreign policy that makes you decide to fight?

WILKERSON: Well, my father had been in World War II. My father-in-law had been in World War II. The war was becoming at that time–we’re talking 1965, ’66–a real burgeoning problem within the American story or narrative itself. People were beginning to question it on campuses, including my campus, Bucknell, in Pennsylvania. And one of my dearest friends had been killed in Vietnam after graduating ROTC and being commissioned as second lieutenant. And all these things kind of came together, plus I was newly married and did not have any children on the way at the time, and thought that I owed my country my service, and I just felt like it was an obligation that I had.

JAY: And the idea that this was a war to liberate Vietnam, to fight for democracy, to spread the American dream, this is all something that you believed in.

WILKERSON: This is not really the way I conceived it at the time. I conceived it as I think some of the leadership in America did at the time, as ultimately a battle in the Cold War, a battle against ungodly communism, a battle against the mighty juggernaut of the Soviet Union, the creeping, rolling power of communism. And we’d seen it in Korea, and of course that was sort of my growing-up role model was Korea. My father didn’t serve in Korea. He managed to escape that one. But lots of people around my father did serve in Korea at various times from ’50 to ’53. And these–you know, I might call these my seminal years, and I’m watching all this happen, and then here’s another battle in Asia, same region or against essentially the same monolithic threat, communism, the Soviet Union–now added China to the ballgame as of 1949, 1950. And so this seemed to be a real defense-of-America battle. It was an attempt to keep the Soviets from gaining more ground in the world.

JAY: Now, on campus, where you’re studying, the antiwar movement must have already been in motion. You must have heard the contrary debate. Did you? And how did you respond to it? Like, people would have been saying, look, first of all, it’s a Vietnamese civil war, and then, number two, a lot of Vietnamese want Ho Chi Minh and his leadership.

WILKERSON: People didn’t talk that way at that time, not even–with the exception of one or two, perhaps, especially on the West Coast, faculty professors. People talked about being against war in general, but they didn’t talk about being against the Vietnam War, 1965. In ’66 it began to change a little bit. But as I volunteered for Vietnam in ’66, I raised my hand and took the oath and said, Airborne ranger, Vietnam, that’s what I want to do. I figured that’d be the quickest way to get there. I was going in as an enlisted man. And I kept running into these situations where my superiors would say, oh, you did well on this test or that test; you need to go to this school or that school. And so it took me to 1969, March of ’69, before I finally got to Vietnam. In those years, the protests grew greatly. In those years, you did begin to hear some of these arguments that were more sophisticated, more cogent, more coherent about the specific theater of war in Vietnam, how the French had failed, how the Vietnamese had been fighting for years against the French, the Japanese, and now the Americans and had beaten them all. And so I will say that by the time I got ready to deploy to Vietnam, I was still ready to go, still felt my service was necessary, but I was a little bit more skeptical about exactly why we were there. I remember telling my wife, very vividly–and this is going to sound cold, but this is the way an infantryman talks, especially a 22-, 23-year-old infantryman: "I don’t care where it is; if I’m killing communists, that’s a good thing."

JAY: So you get to Vietnam, and you’re there for how long?

WILKERSON: I was there a little over a year, ’69 [crosstalk]

JAY: And does that change your view of the world?

WILKERSON: Well, it changed my view of war, that’s for sure. Everybody goes in, I think, or most people go in with this naive aspiration of being a night errant, you know, or–you know, on a white charge or whatever, and you find out that it’s pretty bloody business. It doesn’t matter what kind of war it is; it’s pretty bloody business. And you also find out a lot about human nature that’s not very pretty. You find out a lot about yourself, about your ability to lead, about your courage under fire, and so forth. And you find out also whether or not you’re able to lead men in a situation–and now increasingly women, in a situation where I think it’s probably the most difficult thing on earth to do and to do well.

JAY: And did it call into question at all your belief in the Cold War narrative that the main enemy was communism and the Soviet Union?

WILKERSON: I don’t think it called that into doubt. I think that would come, for me, much later, when I began to study the very fabric of the decision-making about the war and so forth and to understand LBJ and McGeorge Bundy and Walt Rostow and other people who were arrayed around them, and then later Nixon and Kissinger. But I think what it did was it–as I said, it shone a light on this bloody thing called war. I don’t care whether it’s rightful war or wrongful war; it’s still war. It’s bloody business. I’d like to see it all go away, as any decent person, I think, would. But it also showed me how animal-like, truly animal-like–we are animals, but how disgustingly animal-like humans can be and how difficult it is to keep humans in check when they are given this awesome power over other people’s lives. And in this case, in specific instances–not necessarily the whole tapestry of the war, which clearly strategically the Vietnamese won, but in a tactical moment, the American power was overwhelming. And that kind of power used to raze whole villages, to burn them to the ground, to kill men, women, children, beasts, tigers, elephants, water buffalo, whatever, it’s really sort of disquieting when you see this sort of power unleashed and you understand that it’s being unleashed for less than a cogent purpose.

JAY: Now, you were in one of those helicopters. What was your role?

WILKERSON: My job was as an aero scout platoon commander and aero scout pilot. And that was essentially flying about a foot or two above the trees at very slow airspeed reconning for infantry battalions that were on the ground, in front of them. And so in essence what you were doing was you were looking for the enemy by him finding you and shooting at you.

JAY: In ’66, when you’re–in terms of the formation of your thinking politically and militarily, to what extent were you aware of, and how much significance did it have for you, Eisenhower’s warning about beware of the industrial-military complex, what it was doing to American politics?

DWIGHT EISENHOWER, US PRESIDENT: We have been compelled to create a permanent armaments industry of vast proportions. Three and half million men and women are directly engaged in the defense establishment. The total influence, economic, political, even spiritual, is felt in every city, every state house, every office of the federal government. In the councils of government, we must guard against the acquisition of unwarranted influence, whether sought or unsought, by the military-industrial complex. The potential for the disastrous rise of misplaced power exists and will persist.

WILKERSON: I’m not even sure I knew about Eisenhower’s warning in 1966. I’m sure I probably had heard his farewell address. My father always made sure that we sat around our new TV and listened to such things. In fact, I even have a certain memory of those 1960 days when Eisenhower was having problems, as you may recall, health problems, and my father talking about was he going to play golf, or was he going back to the hospital for a heart checkup. But it didn’t register with me at that point in time. I mean, as I said, I was a gung ho American ready to go wear the uniform and fight for truth, justice, and the American way.