The Debate: A Masterful Liar Defeats a Man Without Conviction

Leo Panitch: Romney's defense of small banks, small businesses and the middle class is disingenuous, but Obama share's too many of the same assumptions to counterattack

Leo Panitch: Romney's defense of small banks, small businesses and the middle class is disingenuous, but Obama share's too many of the same assumptions to counterattack 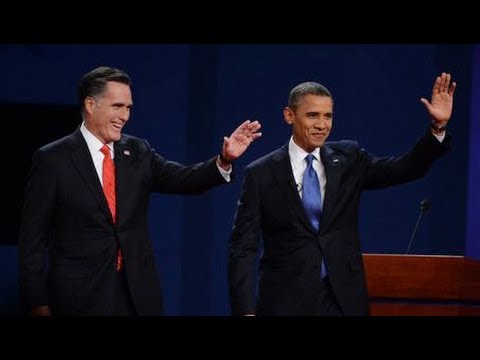 And last night, President Obama and candidate Romney met for the first presidential debate. Now joining us to give his opinion of how things went is Professor Leo Panitch. He’s a Canadian research chair in comparative political economy at York University, and he’s the coauthor of the recent book The Making of Global Capitalism. Thanks for joining us again, Leo.

JAY: So my headline take on the debate was Masterful Liar Beats Man without Conviction. What was your take?

PANITCH: Well, I thought Romney said one thing that was absolutely true, and President Obama agreed with it. And that was when Romney said, high-income people will do well whether I’m president or you are. I think that was the truest thing he said all night.

That said, he was full of cant and hypocrisy, although he pulled it off well because Obama wash unable to present any vision of his own. The hypocrisy was astonishing when he said that Doddâ€“Frank protects banks too big to failâ€”these are known as systemically important financial institutionsâ€”and then in the next breath said this is going to harm middle-size banks. And, of course, would those banks fail, the whole point is they would bring down the middle-size banks with them. That’s why they’re systemically important.

You know, at every level the hypocrisy was beyond belief. Perhaps most important was Romney appeared to get away with accusing Obama of being the person who said to the Republicans, my way or the highway. Now, the one thing that defines Obama’s politics and that has been present in everything he’s done is compromise. He has been on his knees to compromise with the insurance companies on Obamacare. He has done everything to compromise with the Republicans. And they wouldn’t go along with it, of course, and that’s why we had such a gridlock. And Romney gets away with accusing Obama of being unilaterally one-sided in terms of getting his way. And somehow he got away with it.

PANITCH: Yeah. It was such a weak defense of any alternative program, even the one that he stands for. It was an amazingly weak defense. And it was a constant attempt to stand on both sides of every issue. So when he said Clinton created 20 million jobs, in the same breath he said: and he created lots of millionaires in the process. So all along he was making this appeal to the middle class, hardly at all to those below the middle class. And, of course, objectively what’s happening is that more and more people are being thrown out of it and have no prospect whatever of climbing into it. And it was just amazing that he should be presenting himself in a way that isâ€”not only doesn’t offer a vision beyond the limited kind of Clintonomics, but a vision that is even defending what he has done.

JAY: The one thing I have not understood about Obama’s campaignâ€”and, in fact, I have not understood this about the whole last four yearsâ€”is why Obama’s not continuously campaigning against Bush. The eight years of Bush clearly was a major contributor, the policies of Bush. Of course, we know there’s a lot more to it than just one president. At the same time, Bush policies helped facilitate and trigger this crisis in 2008. Why isn’t Obama campaigning against Bush and then saying Romney’s more Bush? He just made this one little reference to the administration. You pointed out off-camera: even there he wouldn’t say the words Bush. I cannot understand this.

PANITCH: Well, it was absolutely astonishing that he said the policies were set in train to build up the deficit and bring about the mortgage crisis 2001 to 2003 but would not name Bush. There is some strategy on the part of the Democrats here that I absolutely don’t understand. Maybe appearing presidential means that you don’t by name criticize the previous president in their view. It’s astonishing. He tried. He tried to say that the problem isn’t only on Wall Street, but that Bush let every shyster into the mortgage business, so that, as he was trying to point out (although he didn’t do it graphically), there were guys hawking mortgages to people who couldn’t afford them.

Indeed, the congressional inquiry commission showed that 10,000 people in Florida were let into the business who had criminal convictions and they were loan sharks in the mortgage business. Four thousand of them had convictions for fraud. That’s the kind of graphic thing he should have been saying.

It causes a bit of a problem for him, because even though Bush let the shysters in, Clinton was very proud of the way in which the mortgage bubble was developing. It’s one of the reasons he got called the â€œblack presidentâ€: because he letting blacks into the American dream by having the financial system channel credit to them so they could get into the housing bubble.

I don’t know why he was so appalling. You could have attacked Bush without revealing that side of your own legacy. It was an astonishingly bad performance.

And we just have to hope that people see through the astonishing hypocrisy of almost everything that Romney said.

JAY: Alright. Thanks very much for joining us, Leo.

PANITCH: It’s good to talk to you, Paul.