The G-20 Club, rather than reducing inequality and poverty, create the conditions whereby it is exacerbated, says Leo Panitch, author of The Making of Global Capitalism

The G-20 Club, rather than reducing inequality and poverty, create the conditions whereby it is exacerbated, says Leo Panitch, author of The Making of Global Capitalism 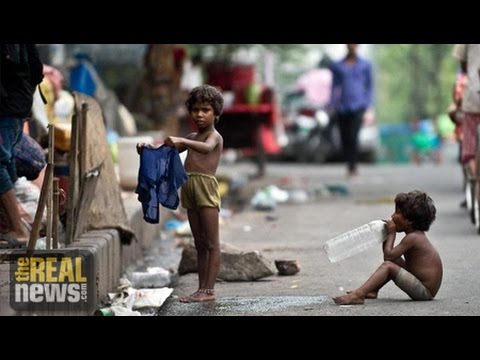 I’m in conversation with professor Leo Panitch of York University. We are discussing the Brisbane action plan. That was a plan that came out of the G20 meeting last week in Brisbane, Australia.

I understand that the U.K. prime minister, Cameron, had–at the G20 were actually speaking about a potential ‘nother recession. And with what’s happening in Europe in addition to what he said, these growth projections that they want to have, does that make sense for Europe?

LEO PANITCH, PROF. OF POLITICAL SCIENCE, YORK UNIVERSITY: Well, you know, no. I mean, this guy is still cutting public expenditure like crazy. What a hypocrite to be saying this and insisting much more strongly than the Americans did that the crucial thing to do was to bring down public debt. And that’s a mantra in Britain, which if the opposition politicians don’t adhere to, Cameron makes sure that the Murdoch press slams them for it.

Nevertheless, it’s an indication of how this club of capitalist leaders are trying to express–and I think it’s very much under the influence of the Americans–the American Treasury here, not the American Congress–trying to express a common view. And I do think that the more Keynesian orientation of the Obama administration, which has been totally negated are largely negated United States by a Republican Congress, but the more Keynesian orientation of the American Treasury has an impact at the G20 on politicians like Harper and Cameron, and above all on the Germans, in this case Angela Merkel, who is constantly fearful of her central bank, which is extremely right-wing in a neoliberal sense.

PERIES: And, Leo, what does this mean for countries like Greece? I understand that right now Greece is showing some tendencies of coming out of the recession they have been in. What will it mean for Greece?

PANITCH: Well, it’ll show the hypocrisy of this whole thing, having slammed Greece to the extent they did in this brutal way, which finally is convincing bond investors that they can reinvest in Greek debt, in Greek bonds, having made them such an example, made them–squeeze them until the pips squealed. Now they are turning around and saying, well, you know, now that the rest of us look like we might be in trouble in terms of not getting out of this crisis, we’d better layoff.

I have to say, the Americans all along have been saying to the European Central Bank and to the Germans, don’t do this. You know, you’re playing with fire in squeezing the Greeks this hard. And maybe the Germans, now that they’ve forced the Greeks into this situation and are themselves facing considerable zero growth–of course, who the hell are they going to sell all their exports to if they do this to other countries? They themselves are to some extent going to put their foot to the fiscal accelerator a little bit.

I want to say one other thing about this. They also have done one other progressive thing, and they have to do it because of this fiscal problem they have. They both need fiscal stimulus, and yet have done so much to undermine their own tax base by allowing capital to have all kinds of tax breaks, by allowing for tax havens around the world, by allowing for the multinational corporations to have themselves taxed in the jurisdictions that have the lowest tax, not where they’re actually doing their business. They’ll often put their European headquarters, say, in a country not where they’re doing their business, but which has a low tax rate.

Well, they finally, at this meeting–and this has–planning for this has been going on for some time–have tried to close some of those loopholes. And they are saying that they are coordinating a system of tax information sharing which will require the big multinational corporations to pay their taxes in the place they make their profits and, as they themselves put it in the communique, where value was added. And I think that this is something that they finally have to do. It’s a contradiction that’s emerged out of the way that they have kissed the butt of business all these years in order to create a global capitalism. But there are contradictions for each state in this context.

So in that sense you begin to see the states responding to the way they have been disoriented and discombobulated and undermined by the very thing that they’ve promoted and created, this global capitalism.

PERIES: Leo, what does this mean in terms of the struggling that people are going through in terms of getting out of the recession themselves, the growing unemployment, the growing inequality that is in our society?

PANITCH: The communique commits itself to poverty reduction and reducing inequality. It’s a throwaway line at the end of their stronger commitments on competitiveness and structural reforms for private sector activity and so on, but they do commit themselves to that. And that too is a contradiction in terms. The inequality that developed around the world–and we tend to think of it in the rich capitalist countries in Europe and North America–has also developed apace in the developing capitalist countries, the big ones–in India and China. They’ve closed the gap in terms of the size of their economies relative to the rich ones of the West, but they become much more unequal in class terms. And insofar as you promote market reforms, insofar as you introduce flexibility for capital and labor markets, you undermine the ability of those social forces that would raise wages and raise incomes to do so. So rather than reducing inequality and poverty, you create the conditions whereby it’s exacerbated.

And all year there had been preparatory meetings going on for this final meeting in Brisbane last week not only by the finance ministries and the central banks, but also by the unions, and that was known as the L20. And the unions issued a statement in the summer, in the late summer, called the L20 Statement, in which they pointed out quite remarkably that if the emerging Asian economies–this is India, China, and so on–if income distribution hadn’t worsened in those countries over the past 20 years, the region’s rapid growth would have lifted an extra 240 million people out of poverty. So when you see these commitments to growth combined with a continuing commitment to free trade, to free capital movements to structural reforms which will introduce more flexible labor markets, the consequence of this is to–even if you get growth, to get the kind of growth that yields greater class inequality.

PERIES: Thank you for making that last point. Very important. So much that we want to unpack here. So I hope you join us again very soon, Leo.

PANITCH: Okay. Sharmini. Always happy to talk to you.