What is Causing Market Volatility?

Professor Leo Panitch, author of The Making of Global Capitalism: The Political Economy of American Empire, says the Fed has a lot to do with it

Professor Leo Panitch, author of The Making of Global Capitalism: The Political Economy of American Empire, says the Fed has a lot to do with it 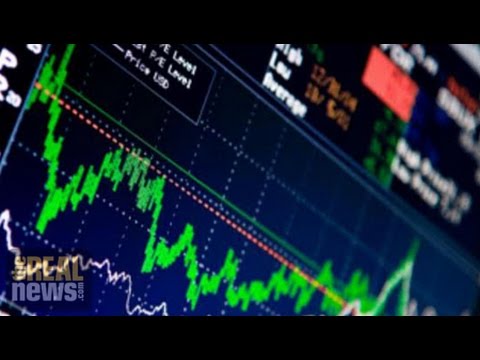 Stock markets have fallen for four consecutive days now, prompted by the retail sales revenue for December shopping, which was nearly one percentage point less than expected. Dow Jones alone saw a decline of over 300 points. In addition, the World Bank just lowered the global economic growth predictions, extinguishing all hopes that the dropping oil prices would drive global economic growth. The Word Bank predicts that the global growth will be nearly half a percentage smaller this year than previously estimated. This adjustment was made based on lowered growth expectations for European countries Japan and China.

Now joining us to discuss this is Leo Panitch. Leo is a distinguished research professor of political science at York University in Toronto. He’s the winner of the U.K. Deutscher book prize for The Making of Global Capitalism: The Political Economy of American Empire. He’s also the coeditor of the 2015 volume of The Socialist Register, titled Transforming Classes.

As always, thank you for joining us, Leo.

PERIES: So, Leo, we saw these kinds of drops in commodity prices months before the 2008 crash. Is this a signaling of a possible low downturn for another economic crash?

PANITCH: Well, eight years into the Great Depression, in the 1930s, there was a dip into a second depression. And people who manage capitalist economies and people who invest in them have been looking over their shoulder to see whether this might happen again. Especially if the Federal Reserve of New York, which is the world’s central bank, prematurely raises interest rates would this have that effect.

And in terms of the downturn in growth rates in Europe and in the developing countries, which have driven so much of the rise in commodity exports and prices and profits in recent years, people have been very worried about this, that because of American conditions, the Federal Reserve might raise interest rates in order to, presumably, do something about inflationary pressures there, while the rest of the economy, world economy tanked, which would have the effect then of cutting off economic activity in the United States as well. So there’s been this uncertainty.

Now, you have to understand that this stock market bubble is very much related to how low interest rates are. If you’re not making any money on government bonds, and if you’ve been investing in Brazilian commodities (and they aren’t doing so well), then you’re going to put your money in the stock markets in London, and above all in New York.

PERIES: So the price, Leo, the price drop–in the United States in particular we are sold kind of a Walmart view of the world that low prices are good for the consumers. Why haven’t these low oil prices turned out to be good news for us?

PANITCH: Well, it’s not yet clear that they’re not. I mean, we’ll have to see what all of this volatility means. The stock market’s a very irrational beast. Capitalism today is in general very irrational.

So they expected, when unemployment went down, that this might induce the Fed to go ahead and raise interest rates to stop their quantitative easing. But then the Fed pointed out that, well, but wages haven’t gone up, and that gave them second thoughts. So initially, on Monday morning, stocks did quickly go up again, they recovered a bit, expecting the Fed would indeed hold off their interest rate rise. But then the other things clicked in. One of them was that the fall in oil prices is endangering the stocks and other commodities. So it’s not just oil company returns that won’t be as high, but that copper company returns won’t be as high, and other natural resource companies’ return may not be as high. And that’s mainly looking there at what’s doing in China and the other emerging economies, whether they’re slowing down or not.

But then, when you also see that retail sales have declined in a given month, this may imply that consumers are fearing or expecting a deflation. That is, that prices at Walmart may be cheaper next month. So they’re holding off buying this month, because prices may be cheaper next month. If that begins to happen, you’re in a deflationary spiral, and the deflationary spiral is one that cuts back on demand, ’cause people wait until prices fall even further. And that’s been the great fear of the Federal Reserve economists all through this last ten years, even before the crisis.

But there’s other stuff going on here. The U.K. data came out that showed that the recovery in the U.K. was stalling, that construction manufacturing and services, especially services, had all declined in the last month. JPMorgan’s profits on Monday [incompr.] decline by 6 percent in the fourth quarter. So the financial sector begins to look iffy. But, again, there’s people speculating on every side in this chaotic market, and if you’re asking for what is a rational explanation of all of this offsetting behavior, I think it’s only someone who’s an apologist for the irrationality of capitalism who will give you a short-term answer.

The problem lies more deeply in the volatility of capital, in the way in which we all are dependent on the decisions that trading companies make in relation to the stock market, on decisions that very large investors make with regard to dumping a particular stock or a particular set of stocks. And they’re often making contradictory guesses. This is the heart of speculation, but it’s speculation which is related to the real economy.

PERIES: Now, Leo, why is the Fed playing around with the interest rates? Why are you putting so much–.

PANITCH: It doesn’t play around with it, Sharmini. Had the Fed not kept interest rates low, essentially by buying up securities, although it just announces what the interest rate will be–and markets understand, people who play in markets understand that they can, by issuing what is the basis of value in the world economy, simply by issuing Treasury bonds, they can determine what the interest rate will eventually get to. The whole world watches what the federal interest rate policy is. And had they not kept interest rates low after the 2008 crisis, and especially after the global economy tanked in 2009, we would be in the Great Depression. Ben Bernanke–and he’s a student of Milton Friedman’s in this respect–understood that the great mistake that was made during the Hoover administration in the early 1930s–and Milton Friedman wrote a book explaining this–was that the Fed allowed the banks to go under. It raised interest rates during the Depression. And if you raise interest rates, if you make it more difficult to get hold of money for either purchasing or investing, you are exacerbating an economic crisis. The European Central Bank has not been doing this in any consistent way, and that’s why, following this policy of austerity, Europe has been in such a much worse situation. And the Federal Reserve and the U.S. Treasury have been very worried about this, very concerned about the know-nothingness, the balanced-budget approach, the don’t-print-money approach of European central banks.

So the whole world–you know, this is a speculative, irrational market economy, but it’s one which entirely depends on signals that are given by state agencies, above all by the World Central Bank, the Federal Reserve.

PERIES: So, Leo, as you know, the press in the U.S. was also celebrating for the last few months the U.S. employment figures, which reached their lowest level since 1999. But the issue for most of these workers, especially those who have gained employment since 2008 crash, is that the wages remain very low and stagnant. What role are wage stagnations playing in these price declines?

PANITCH: Well, what you see is that the simplistic equation between employment and rising wages–and then they extrapolate for that to rising prices–is simply wrong. You can have gains in employment. But if those gains in employment take place under conditions where trade unions are weak–as they are in the United States and have been since the massive defeat of trade unionism in the 1980s–if they’re the kinds of jobs that are not in a sector where there’s collective bargaining, if they’re the kinds of jobs that are casual jobs, that are part-time jobs, that are–21 hours does not necessarily count as part time, but at 21 hours rather than 31 or 41 hours, then yes, you’re not going to see labor having the clout to be able to raise their wages. And you see, therefore, wage stagnation. You see even growing inequality, even in the context of unemployment going down.

So, as I said, the Fed’s monetary policy, which has kept the economy and the stock market ticking over–by, essentially, printing money–has kept us out of a unemployment rate initially of Great Depression levels or the levels that you see in Greece or Spain of 25 percent. It kept unemployment down to just 10, 11 percent even at the worst side of the crisis. Keeping that policy up has brought unemployment down. It’s true. I mean, there has been retail and service sector activity, and there’s been a recovery even of the auto industry in a big way. And that has employment effects. But when that takes place, in terms of the type of employment that involves calling people back to work, but still on short-term contracts, or indeed calling people in to work in the auto sector at half the wages of what older workers are making, which is the deal that was done between the auto unions and the auto companies, where they have two-tier wages now–so they’re bringing in new people at very low rates of pay–well, you see that the effect of that is not going to sustain demand in the economy. Nor is it going to give workers the kind of clout that they could shift the balance of class forces in their favor towards greater redistribution towards workers.

PERIES: Right. Alright, Leo, thank you so much for joining us today and explaining all of this.

PANITCH: Happy to do it, Sharmini. Anytime.