In part two, civil rights lawyer Bill Quigley says the bill is meant to intimidate protesters, but "it's not going to stop the people who are really dedicated."

In part two, civil rights lawyer Bill Quigley says the bill is meant to intimidate protesters, but "it's not going to stop the people who are really dedicated." 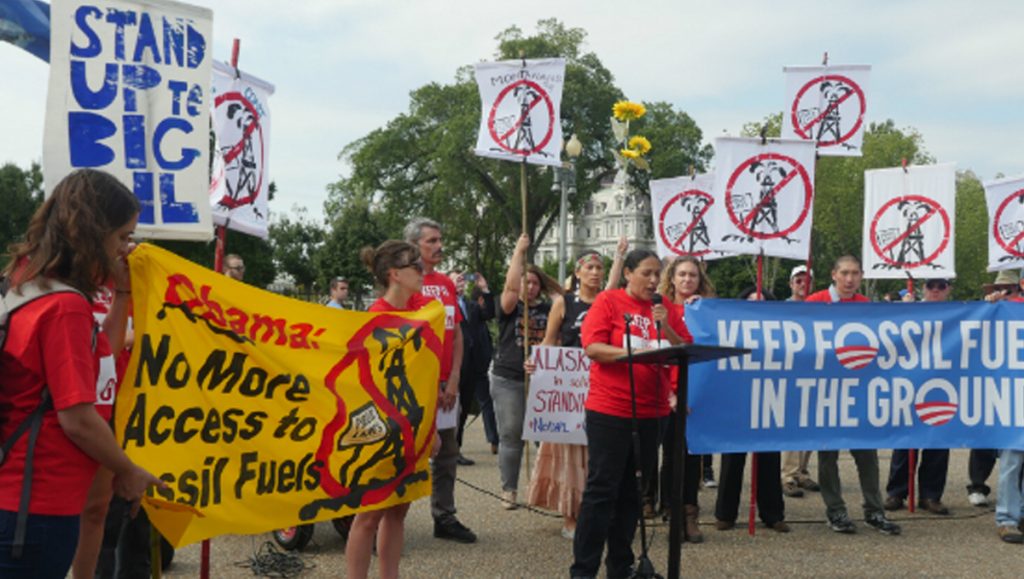 DHARNA NOOR: Welcome back to the Real News Network. I’m Dharna Noor joining you from Baltimore. I’m here with a lawyer from New Orleans. We’re discussing a bill currently being considered in the Louisiana House that would criminalize all protests against pipelines and other, quote, critical infrastructure. Today I’m joined with Bill Quigley, who is a professor of law and a human rights lawyer, a civil rights lawyer, based in New Orleans. Thanks so much for joining us again, Bill.

DHARNA NOOR: So we’ve been talking about this bill which seems to particularly be targeting people who are protesting the Bayou Bridge pipeline, which is an Energy Transfer Partners pipeline being built in Louisiana. And you know, it’s said that this is going to be helping security for that pipeline. But the company doing security for the pipeline aren’t exactly paying by the rules. TigerSwan are the security firm infamous for their military-style actions against water protectors and protesters at Standing Rock.

BILL QUIGLEY: So yes, TigerSwan, I think, is well known as a really rogue operation not only provides security but surveillance, and they’re proud of it. And they target particularly First Amendment activities of people, protests, civil disobedience and the like. And they applied for a license to practice in Louisiana. But the Louisiana licensing board did not approve their their application because of all the trouble that they got into in the Dakotas where they operated in a very aggressive and very illegal fashion.

But not only just on the ground. They didn’t even seek permits in the Dakotas when they did this work initially. And so Louisiana said, we’re not going to, we’re not going to give you a permit right off the bat because we want to hear more about what happened up there. And so that they have been denied. Temporarily they’re still appealing. So they’re trying to get back in but at the very same time that they were denied. Right after they were denied, an employee of the parent company tried to open up another security company in Louisiana. And she didn’t, she didn’t explain that she was an employee of TigerSwan, and in fact hid that on her application, and open, said that her headquarters was a little rent-a-cubbyhole office at a place in Lafayette, Louisiana that just rents offices by the hour, essentially, to people. And it only by the hard work of the Louisiana licensing board were they able to find out that in fact this woman was TigerSwan. And she, she even named her company LTSW.

And when the investigators for that licensing group actually took her sworn statement when they first asked her about that, she admitted at this point, you know, as she had to because they had already found out that she who is an employee of Tiger Swan and she didn’t even know what the initials stood for. But you could see that it easily was Louisiana TigerSwan. And she tried to open up this company and let them come in by the back door because they weren’t being allowed to come in by the front door. Fortunately the state has caught that, and there they are. They haven’t allowed that to come through yet either.

But that’s an ongoing fight here. And we know that TigerSwan doesn’t play by the rules, that they do surveillance. They follow people, they harass people, they post absolutely false testimony about people on social media and like. They do whatever they feel like doing in terms of trying to serve the masters who pay them. And so that is just another extension, I mean, that’s another part of the whole campaign by the Bayou Bridge pipeline and the petrochemical industry to silence and intimidate people who would dare say this is not in our state interests. This is not in the public interest. And we’re going to do whatever we can to stop them.

DHARNA NOOR: So much of the focus on this bill has been about how it would impact people who are protesting the Bayou Bridge pipeline. But again, you’re in New Orleans, where last month the City Council approved the construction of a 210 million dollar natural gas power plant. That plant will be in a majority black and Vietnamese neighborhood. And you’re, I understand, getting ready to challenge the process for approving that plant. So the bill we’re talking about is aimed at pipelines, it’s said, but do those resisting this power plant have anything to fear as well?

BILL QUIGLEY: So the the critical infrastructure is focused on people who actually go on to property near or around the, the facilities, or the pipeline if it would be. And so yes, the people who are protesting the, the placement of this new Entergy plant I’m sure are going to plan on some protest on the site. They’re going to plan on and probably have some people who will engage in direct action, being willing to risk arrest by trespassing and that sort of stuff. So they will be subject to these hypercriminal penalties if, in fact, this bill passes the legislature.

The important thing is that we had these, a series of public hearings about this. The Vietnamese community came out very, very strong. New Orleans has a very large Vietnamese community. African-American homeowners and neighborhood associations came a very, very strong and against this. And we were able to find out that in fact the energy company actually paid actors to come and be paid supporters, to come wear orange T-shirts and to give testimony in support of this, of these efforts.

In addition to that, this is going to be a challenge because they held one of the very important meetings at a place where people couldn’t get in. It was a very small meeting room and people couldn’t get in. And the people who couldn’t get in were primarily the Vietnamese, the opponents and the like, where the supporters were in there already, which is a pattern that was practiced again and again. It happened in our big city council meeting, where there was a long line of members of the public trying to get in because they knew space was at a premium. And just before they let the public in they opened a back door and let dozens and dozens of supporters of the energy plant in.

And so it’s going to be challenged. This is an effort that’s going by 350 Louisiana, Earthjustice, the Sierra Club, the Deep South Center at Dillard, and a number of other environmental and environmental justice organizations. So we’re getting ready to take them to court, saying that the whole process is deeply flawed because they’re ignoring open meetings law, they’re ignoring, really, the will of the public. And it was clear that this decision was wired in advance by Entergy. And so we’re hoping that the courts will set that whole process aside. New Orleans is in the process right now of transition from one city council to another. We had elections already. They’re going to take office in the next couple of weeks. So we hope that we’ll be successful in setting that aside and making them do that over again, and really listen to people who said, look, we want alternative sources of energy. We want just to fix the infrastructure that we have now. And we don’t need a new big plant, particularly put into a working class neighborhood of people of color in our city. It’s just, it’s just unjust, inappropriate. It’s not good for the world, it’s not good for the environment, it’s certainly not good for our city.

DHARNA NOOR: And how will this bill sort of impact the actions and the effects of all of these protest movements? I mean, you work with Louisiana Bucket Brigade and Bold Louisiana, and a number of other groups have sort of been at the forefront of the protest movement against the Bayou Bridge pipeline and other infrastructure. So how will this bill impact this movement, and how can they be protected legally?

BILL QUIGLEY: So I think it’s clearly an attempt to intimidate people and to try to tamp down protests. But I think it’s backfiring, because people are not, not backing down. And they see it as an indication of how much progress they’ve made at the petro lobby, and the pipeline people will try to enhance the penalties. There’s a number of people that were arrested a few weeks ago outside of Napoleonville, Louisiana. There’s other actions that are likely to take place across Louisiana over the coming weeks and months as they continue to try to dig this pipeline.

So I don’t think it will, actually. It’s not going to stop the people who are really dedicated to it. I think the goal is to try to contain it and intimidate people. I don’t think either one of those things is going to happen, but that’s clearly what the intent is.

DHARNA NOOR: All right. Well, please keep us posted. Let us know how this bill is or isn’t progressing and how it’s impacting the movements. And we look forward to talking to you again soon, Bill.

BILL QUIGLEY: Thanks for taking us up and helping people understand it. Appreciate it.

DHARNA NOOR: Thank you. And thank you for joining us on the Real News Network.

<i> Photo courtesy of Bold Louisiana </i>

Thousands to Rally for Climate, Jobs and Justice

Kochs and ALEC Behind Criminalization of Dissent Bills in Five States