ICC Convicts Congo Warlord, What Are the Right Steps For Peace?

Leonce Ndikumana: The peace process in the Great Lakes region of Africa must be driven by Africans with the international community playing a supporting role

Leonce Ndikumana: The peace process in the Great Lakes region of Africa must be driven by Africans with the international community playing a supporting role 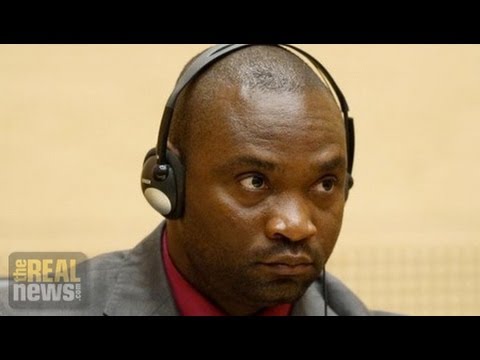 The International Criminal Court has just made its second conviction in its twelve-year history. Congolese warlord Germain Katanga was found guilty of being an accessory to war crimes, including murder. The case stemmed from violence in the diamond-rich northeast Democratic Republic of Congo in the early 2000s. Katanga was convicted for his role in an attack on a village in 2003 that left some 200 people dead.

Now joining us to discuss the peace process in the Great Lakes region, which includes countries like the DRC, Burundi, Kenya, and many more, is Léonce Ndikumana. He is a professor of economics at the University of Massachusetts, Amherst.

Thanks for joining us, Léonce.

LÉONCE NDIKUMANA, POLITICAL ECONOMY RESEARCH INSTITUTE: Thank you very much for the opportunity.

DESVARIEUX: So, Léonce, my first question is I know that the UNDP actually released a report about the peace process happening there in the Great Lakes region. Can you just summarize what was in that report?

NDIKUMANA: Yes. It’s a report released in January, a very interesting report that actually takes a very interesting stand on the conflict in the DRC, in the sense that it looks at it from a regional perspective, which is very reasonable in the sense that that conflict involves or affects many other countries beyond the country of the Congo, which is what the origin of the conflict is. But also it pushes for looking at solutions from a development perspective, in addition, of course, to humanitarian aid, making the point that consolidating peace and achieving stability in the region requires taking a strong stand on promoting economic development—you buy peace by promoting development.

DESVARIEUX: Okay. And what kind of development are they talking about?

NDIKUMANA: Here they’re talking about different aspects of development. They are emphasizing shortage in infrastructure, such as energy, transportation.

And, in fact, when you look at the Congo, it’s a huge country. It’s one of the largest countries on the continent, a large population, I think the fourth-largest population, 19th in the world. But it’s also an economic giant which host a huge amount of reserves of natural resources. If you look at the amount of natural resources in the Congo, it’s basically 12 times the size of the whole economy of Africa.

But at the same time, that continent has very weak infrastructure, to the point that, in fact, the east is almost cut from the west, where the capital city is. And to be able to build lasting peace and economic stability, you actually need to connect the regions, so that economically they can exchange, but also so that the local population can feel connected to the central government, which has not happened before. But also, if you build enough infrastructure, transport energy, that country can become an engine of growth in the whole region. It can supply energy to its nine neighbors, which—because of its huge reserves in hydro power.

DESVARIEUX: So, Léonce, you’ve been on this program many times before, and you often make the argument that whatever solution comes out of this peace process, it must come from Africans themselves. Can you just speak to what a solution driven by Africans looks like?

NDIKUMANA: Yes. Here I want to really underscore the point you just made that a solution to the crisis in the Congo and the Great Lakes must be primarily an African solution. First of all, the conflict in the DRC is a regional conflict, so it affects many countries in the region. So it makes sense that the countries which are affected directly or indirectly should be at the table when the solutions to the conflict are being discussed. So that’s one point.

The second point is that it’s a very intricate conflict. The Congo has been experiencing conflict since back in the ’60s. So you need Africans to actually understand—who have a deep understanding of the root causes of the conflict and the many ramifications that the conflicts have, the sensitivies of the various players involved, their interest, to be able to come up with a solution that’s satisfactory to all the stakeholders in the regions. It will not work if you come with an imported solution from abroad which will damage the stability not only of the country, but also of the whole region.

So that—also I want to insist that Africans actually have the means to resolve conflict. We have seen many conflicts that have been resolved with a strong hand of regional groups in West Africa. In Somalia, the AU’s doing an amazing job in very difficult conditions. South Sudan was [incompr.] independent, because—thanks to heavy and consistent, diligent management by an African-led group that really sought to understand the root causes of the conflict and then come up with strategies. That’s why I think that Africa needs to own the solutions to the DRC conflict.

DESVARIEUX: With that being said, Léonce, what role should the international community play, then?

NDIKUMANA: I think the international community should play a supporting role (but the leadership role should be African), supporting in many ways.

One is from a policy perspective. The international [incompr.] can provide a forum for debate and negotiation, lending the hand to the African Union, the united economic commission for Africa, the African Development Bank, all these continental institutions which are involved in facilitating the debate.

But also, from a technical perspective, many of the development programs, development initiatives that needs to implemented needs technical assistance from the international community for the know-how, the technical expertise.

But third, financial assistance. I talked about infrastructure, energy. These are programs that require a large amount of resources that exceed the capacity of the local government. So in this case, the world community can help by channeling resources in the country. In this report, in fact, they talk about a grant from the World Bank to finance infrastructure, which is a very good step in the right direction in supporting the region to come up with a solution to the crisis.

DESVARIEUX: Alright. Léonce Ndikumana, professor of economics at the University of Massachusetts, Amherst, thank you so much for joining us.

NDIKUMANA: Thank you very much.

Leonce Ndikumana is Professor of economics and Director of the African Development Policy Program at the Political Economy Research Institute (www.peri.umass.edu) at the University of Massachusetts at Amherst. He is a member of the United Nations Committee on Development Policy, Commissioner on the Independent Commission for the Reform of International Corporate Taxation, a visiting Professor…