Has Anglo-American Capitalism Run Out of Steam?

On the 30th anniversary of the UK miners' strike, George Irvin discusses the rise of inequality in Britain and the US since the 1970s

On the 30th anniversary of the UK miners' strike, George Irvin discusses the rise of inequality in Britain and the US since the 1970s

Has Anglo-America Capitalism Run Out of Strategies? 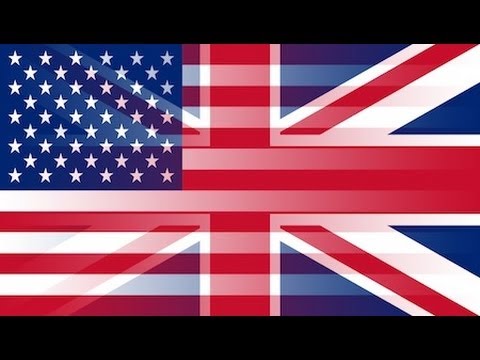 In this report, we look at the rise of a low-wage economy and record inequality in the U.S. and U.K. And in so doing, we mark a 30-year anniversary of the 1984-85 U.K. Miners Strike.

Here to talk to us about this is George Irvin.

George Irvin is Research Professor at the University of London (SOAS) and author of Super Rich: The Rise of Inequality in Britain and the United States.

FRIES: A major argument of your book is that a 1970s crisis in Anglo-American capitalism, far from being resolved, has deepened, that the Thatcher-Reagan era was itself a response to this ’70s crisis, a profit squeeze, particularly acute in the U.S. and U.K. Why the U.S. and the U.K.? And what was done to restore profitability?

IRVIN: The Reagan-Thatcher revolution was really about destroying unions, destroying labor power, destroying the power of labor to negotiate higher wages, which were squeezing profits. Secondly, there was a problem with the internationalization of competition. Companies were seeing their profits squeezed increasingly by the entry of–the industrialization of previously underdeveloped countries. Traditional industry, both in the U.K. and in the U.S., were squeezed by the internationalization of competition. Japan and Germany had much more modern economies. Postwar reconstruction meant that the average age of their machines was considerably less than Britain or the U.S.

But one has to couple that with total failure politically in the U.S. or the U.K. to modernize industry. Now, there was a period in the 1960s and early ’70s when the Labour government in the U.K. was talking about modernizing industry, the whole rhetoric of the white heat of technological revolution. But somehow that failed when Labour left power and the Reagan-Thatcher era began.

FRIES: And even before the Reagan-Thatcher period, you contended, several things turned the U.S. and U.K. economies towards financialization–in other words, helped finance capital get an upper hand over industrial capital. In your book, you mention the 1971-72 Smithsonian Agreement as one such example. Tell us about that.

IRVIN: Yes. It’s important since we’re talking about the history of these things to recall too that in the 1970s a number of things had happened which deeply conditioned what happened in the ’80s and ’90s and the squeeze on workers’ wages–or, rather, the rise of the low-wage economy, to put it that way.

I mentioned the Smithsonian Agreement which effectively ended the Bretton Woods system, in which the world went onto floating exchange rates. That helped the banking system in the sense that suddenly the whole business, the whole trade in foreign exchange became a lucrative business. Just to give you an example of that, today the annual flow of foreign exchange around the globe is estimated to be over $1,000 trillion. That’s $1 quadrillon. So there’s been a huge change in the way in which the market works. And part of the power of the market is that by skimming a small percentage of this, people can become vastly rich. And, of course, that is precisely what’s happened.

FRIES: Yes. And, of course, London is a major player in this market, so it’s not so hard to understand that Britain has come to cede such economic and political power to the financial service sector. And what about the U.K. worker?

IRVIN: The very poor have been made very poor by the de-industrialization of Britain and by the rise of the cheaper end of the service sector–the McJobs–the MacDonald’s, the Walmarts, etc., of this world which paid minimum wages. Often they paid less than minimum wages and were allowed to do so. So there, instead of a traditional working class which was protected by its unions, you had the rise of the very rich on the one hand and the rise of what you might call an underclass on the other.

Now, when you add the reform of the taxation system which lowered the taxes on the rich and raised the incidence of indirect taxes, one gets a recipe for growing poverty, a growing gap between the very rich and the very poor, and also what’s important to recognize, a falling off of government service expenditure because governments were being shrunk. The fall in tax revenue–or, rather, the relative fall in tax revenue as a proportion of GDP meant that public services could no longer operate on the scale which was true in the 1950s, ’60s, and ’70s in the U.K. but changed entirely under Thatcher.

FRIES: And your thoughts in conclusion?

If we no longer have a high-wage economy, the only way aggregate demand can be kept going, apart from spending on military provision, is for people to go into debt. Yes, we can extend growth for a while on that basis, but it can’t be a long-term growth strategy.

And that is the most important point to make, really, that Anglo-Saxon capitalism, in particular, notably, the U.S. and the U.K., seem to have run out of strategies for promoting growth. And shrinking the private sector–shrinking the public sector, I should say, only makes things worse. You try to reduce public spending in a situation where private consumer demand can only be kept going by increased indebtedness, and you are in a quandary. And that is where we are now.

We have no clear view, in the Anglo-Saxon world, at least, of where we’re going. And if the U.S. declines, as well as the U.K., as a world power, which it surely will over next 20 years, it’s largely because of this, it’s because of the underlying economics, which saw a postwar expansion, followed by a squeeze on profits, followed by an immediate squeeze on wages and the shift to an increasingly financialized, debt-driven economy, which is what we’re sitting in today.

IRVIN: Thank you for inviting me, Lynn.

FRIES : And thank you for joining us on The Real News Network.