Kate Sheppard: One of the many programs crippled during government shutdown has been the EPA's cleanup of highly polluted superfund sites.

Kate Sheppard: One of the many programs crippled during government shutdown has been the EPA's cleanup of highly polluted superfund sites. 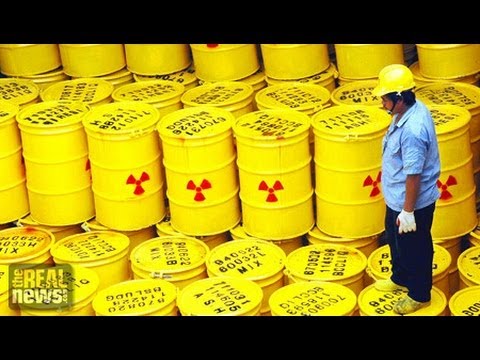 The government shutdown has entered its second week, and one of its casualties has been the Environmental Protection Agency’s ability to clean up Superfund sites. Cleanup at 505 toxic sites in 47 states have been suspended during the shutdown.

Now joining us to discuss this is Kate Sheppard. She’s an award-winning journalist and senior reporter and environment and energy editor at the Huffington Post.

Thank you so much for joining us, Kate.

KATE SHEPPARD, SENIOR REPORTER AND ENVIRONMENT EDITOR, HUFFINGTON POST: Hey. Thanks for having me.

NOOR: So, Kate, the government shutdown has forced 94 percent of the EPA staff on furlough. What impact is this having, especially on Superfund cleanup?

SHEPPARD: You know, you said the numbers. I mean, a lot of these sites are not being cleaned up at all at this point in time. You know, the day before the shutdown, the EPA announced that they were going to start doing cleanup at a new Superfund site, and now they can’t do that at all either. Basically, unless the toxic waste is, like, immediately threatening people’s lives, they can’t do cleanup right now. And so that means that a lot of these sites that they’ve been working on for a long time are on hold. And, you know, it’s just sort of delaying a lot of work that really needs to be happening at the EPA right now.

NOOR: And can you give us a little background on what kind of contamination falls under the Superfund designation and its significance?

SHEPPARD: Sure. So these sites include, you know, places where they–like, old refineries where they have storage units that have been leaking, or a lot of places, you know, like, they’re–they have oil and gas leaks that they’re trying to clean up. You know, there’s a number of different sites that are considered part of this cleanup, brownfields in addition to Superfund sites. And so–PCB contamination. And, I mean, they cover quite a few different kinds of contamination across the country.

NOOR: And so should the public be concerned about this? Should people be protesting or demanding that Congress at least partially fund these programs?

SHEPPARD: Well, I mean, it’s part of this broader shutdown, right? I mean, I’m [incompr.] says you should go out and specifically fund just these programs. I mean, I think all of the programs that the various agencies do are, you know, important in one way or another. Absolutely this is one that I think is really important. I think the sheer number of people who have been affected at EPA, 94 percent, is really, really high, you know, as compared–a few other agencies have been as affected. I think NASA’s [incompr.] one that’s up there. It’s–like, 97 percent of people have been furloughed. So, it’s about–to me it’s about ending the shutdown overall and getting, you know, any number of people back to work who are doing just Superfund cleanup, but a lot of different important science and research and enforcement jobs around the country.

NOOR: And at the EPA, it’s not just workers who are working on Superfund sites. Can you talk about some of the other aspects of the EPA that are being crippled by the shutdown?

SHEPPARD: So, basically every aspect at the EPA that’s not deemed–sorry–every aspect that’s not working on direct threats to human life. So that means Superfund cleanup. It also means people who are working on developing new regulations. So people who are working on the greenhouse gas regulations the EPA’s been working on for the last few years, they can’t do their work right now. It’s including people who are looking at hazardous chemicals and doing research about them, maybe how they might affect humans. Those people can’t do their work right now either. Like you said, it’s 94 percent of the agency, which is the vast majority of people doing all the different kinds of important work that happens at the EPA, who can’t work right now.

NOOR: Kate Sheppard, thank you so much for joining us.

SHEPPARD: Yeah, thanks for having me.

Kate Sheppard is a senior reporter and the environment and energy editor at the Huffington Post. She previously reported for Mother Jones, Grist, and the American Prospect. Her writing has also been featured in the New York Times' Room for Debate blog, the Guardian, Foreign Policy, High Country News, The Center for Public Integrity, In These Times, and Bitch. Her reporting has been recognized with…