Kathleen McClellan: Some former Bush administration officials were quoted as saying, we'd never be able to get away with what the Obama administration has done

Kathleen McClellan: Some former Bush administration officials were quoted as saying, we'd never be able to get away with what the Obama administration has done 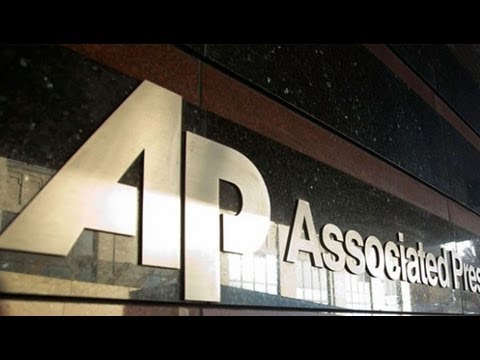 Now joining us to talk about all of this is Kathleen McClellan. She’s a national security and human rights counsel at the Government Accountability Project, a leading whistleblower rights organization in D.C.

Thanks for joining us, Kathleen.

KATHLEEN MCCLELLAN, GOVERNMENT ACCOUNTABILITY PROJECT: Thanks for having me.

JAY: So, first of all, how do you think this will affect whistleblowers? You as an organization and you as counsel have represented some whistleblowers. Perhaps you can tell us a bit about that. And what does this do to the next person thinking about picking up the phone and calling the press?

JAY: And what about when they’re national security issues? I mean, if you take something like the Bradley Manning leak, that he leaked to WikiLeaks, they’re certainly arguing that those are national security issues, and they’re saying the revelations jeopardize security in some way–I’m not sure they’ve actually given any proof or evidence how it did, but one supposes they could try to make that argument. Do you think there should be some kind of limits on when someone can leak and what the press should do with it?

MCCLELLAN: It’s true. And is it a secret if you can share it with a million people?

JAY: So let’s go back to the AP case. Apparently, the Department of Justice actually violated their own guidelines on the AP. They didn’t–they are–supposedly need to negotiate with a news agency before they take measures like seizing things, they’re supposed to notify the news agency that they’re doing it, and they didn’t. Why do you think in this case they were–actually went beyond their own guidelines?

MCCLELLAN: Well, I think that if the Justice Department had gone to the AP and negotiated like they were supposed to–the AP held the story in question, so it’s not as though the AP wasn’t willing to talk, it seems. But I think as far as notifying the AP that they were going to subpoena such a broad range of records, 20 phone lines, I think the president, the CEO of AP has said over 100 journalists use those lines. The AP would have had an opportunity to go to court to fight to quash that subpoena. With such a broad record–broad range of records being requested, I would think that–I would suspect that the AP might have done–have chosen to go to court to quash that subpoena. But by going around the regulation, the Justice Department denied AP that opportunity, and the records were turned over already.

Why the Justice Department decided to ignore their regulation I think remains to be seen.

JAY: Yeah. I mean, it seems–I mean, you can’t go after AP without sitting and having a conversation in a room, saying, you know, if we’re going after AP, it’s, like, one of the leading news organizations in the country, it’s going to be news everywhere, eventually this has to come out, although AP found out about it, what, two months later. You know, you don’t do this unconsciously, go after such a news organization with such a high profile. So they wanted to send this message that they would go after this and in this way, no?

MCCLELLAN: I think it definitely does send a message. I mean, whether or not they wanted to send a message or not is–you know, the administration seems to say when it’s convenient that it’s not a policy of a crackdown on leakers or on whistleblowers. It’s just individual cases. But then when they want to send a message and they want to keep people quiet, they tout these prosecutions, and when they want to sound tough on national security, they tout it. And with Espionage Act prosecutions, whistleblowing was effectively criminalized. And now with the AP and with the latest development in the Stephen Kim case, another Espionage Act case, where the government actually accused a reporter of violating the Espionage Act simply because he was reporting the news, the news gathering process is being criminalized.

JAY: Yeah, explain more about the details of that.

MCCLELLAN: Well, the Stephen Kim case–Stephen Kim is another individual who’s been accused of violating the Espionage Act. And in that case, the Justice Department sought a warrant based upon what they call probable cause that the reporter who–that Kim had been alleged to have contact with was violating the Espionage Act because he was somehow soliciting or encouraging the disclosure of classified information.

JAY: Now, some people have been making criticism of sorts that a lot of the sort of liberal NGOs, organizations, liberals in the news media have been kind of soft on Obama up until this point, in the sense that the NDAA, for example, that was passed that allows the military to indefinitely intern people that are accused of somehow aiding or having something to do with the Taliban or al-Qaeda essentially waiving any rights to trial and other types of measures that have been passed under the Obama administration have not received as much attention as many people think they would have if it had been a Bush administration, for example. Now people are raising their voices more ’cause it’s AP and they’re directly going after news media. But do you think there’s some–it’s fair, that critique, that a lot of voices have been quiet up until now about what President Obama’s been doing?

MCCLELLAN: There have been quiet voices. And I think, you know, some former Bush administration officials were quoted as saying, well, we’d never be able to get away with this.

That said, there have been a lot of voices speaking out, including Chris Hedges and Daniel Ellsberg, and now a lawsuit challenging the constitutionality of the NDAA’s indefinite detention provision, including lots of whistleblowers, including a lot of nonprofits. And while some media organizations have taken a while to wake up to the fact that the media is really being targeted here, I think that’s happening now, and that’s only a good thing. And I think the media’s only going to become more and more concerned as their sources dry up because people are scared of talking as a result of these prosecutions and as they themselves become targets of criminal investigations.

JAY: Right. Okay. Thanks very much for joining us, Kathleen.

Trump’s Criminality Can Galvanize the Left

November 18, 2019
Sign Up for Our Newsletter
Help Us Make Real News!