"Almost every capital case out of there in the last 20 years involving a black defendant, there have been issues about the exclusion of African American jurors," explains Marcellus Williams' lawyer Kent Gipson

"Almost every capital case out of there in the last 20 years involving a black defendant, there have been issues about the exclusion of African American jurors," explains Marcellus Williams' lawyer Kent Gipson 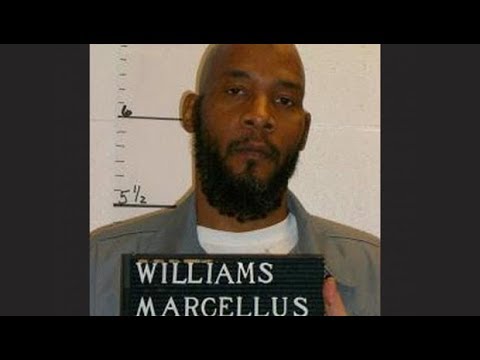 Eze Jackson: It’s the Real News. I’m Eze Jackson. The state of Missouri almost executed the wrong man on Tuesday, but just hours before the lethal injection was to take place, Missouri governor, Eric Greitens, halted the execution of 48-year-old Marcellus Williams. He was scheduled to be put to death for the killing of Felicia Gayle, a former St. Louis post dispatch reporter stabbed 43 times during an August 1998 robbery at her home.

Williams’s attorneys argued that recent DNA evidence showed he is innocent, and Williams has always maintained his innocent. Greitens said in a statement he would appoint a board of inquiry to examine the new DNA evidence and recommend whether he should grant clemency to Williams. The state came as opposition to the execution mounted. More than 200,000 people had signed an online petition asking the Republican governor to intervene, and a rally protesting the execution was planned in St. Louis later on Tuesday.

Now joining us from Kansas City, Missouri is Kent Gipson. Kent is a criminal defense attorney who has been representing Williams for the past 12 years. He has practiced law for over 30 years, defending individuals who were wrongly accused and incarcerated. Mr. Gipson, thanks for joining us.

Kent Gipson: Thank you for having me.

Eze Jackson: What was your reaction and the reaction of Marcellus Williams when he was granted a last second stay of execution last night?

Kent Gipson: Well, obviously, everyone, Marcellus included, all of his friends, family, supporters, and lawyers were all very happy with what happened. Marcellus, being a devout Muslim, has always been kind of subdued about a lot of this. He believes that his fate is in Allah’s hands and he said the same thing when he was notified of the action yesterday.

Eze Jackson: That’s pretty remarkable because it’s rare that somebody’s granted a stay for execution. I want you to talk about the new evidence that was obtained that showed another man’s DNA was on the murder weapon, not Williams.

Kent Gipson: We had been trying for, ever since I’ve been on the case, 10 or 12 years, to get new DNA testing under technology that didn’t exist at the time he went to trial. The old DNA testing was limited to testing fluids like saliva or blood, things like that. Touch DNA came into fashion in about 2006 where you can actually get a DNA profile by examining items that an individual has touched. And that’s what we used in this case to develop a DNA profile on the knife that was left in the victim’s body. A DNA profile was developed through touch DNA that did not match the known DNA of my client. That’s an unknown male, but it is not Marcellus Williams.

Eze Jackson: Now, the Missouri Supreme Court, they declined to stay on execution based on this new evidence, but the governor stepped in. There’s, like you said, there’s no physical evidence, so a testimony tying your client to the crime. The case was based on testimony of two people. Can you talk about why you feel the courts should be skeptical of their testimony?

Kent Gipson: Well, one of them was what we call a jailhouse snitch or jailhouse informant, which is one of the most common scenarios you see in wrongful conviction cases, it’s where a cellmate or another guy in jail basically contacts the authorities and says, “So-and-so, the defendant, told me he did it.” And then they do it, obviously, in exchange for either getting out of jail themselves or in this case he got a $10,000 reward for giving information that led to his arrest. So, our opinion, he had 10,000 reasons to lie.

Eze Jackson: Okay. Yeah. Williams is black and as you say, also a devout Muslim. During the trial, six of the seven black jurors were allowed to preemptively be dismissed by the prosecution, including one who “looked like Williams and worked for the post office”. But they had another white juror who worked for the post office and stayed on the trial. How much is race playing a factor in this case?

Kent Gipson: I think it’s played a big part. Any time you have a white victim from an affluent community and affluent family who’s allegedly murdered by an African American, that’s the type of case that the prosecutors almost always go for the death penalty, because they … and in a venue like St. Louis county, which by the way is the same place the infamous Ferguson shooting place, there’ve been racial problems with the criminal justice system in a lot of different areas for years. The prosecution in St. Louis county had a pattern of eliminating black jurors in criminal cases, particularly involving black defendants. Almost every capital case out of there in the last 20 years involving a black defendant, there have been issues about the exclusion of African American jurors and being tried in front of all white juries in most cases. And in this case, there’s only one African American juror who served, in this case.

Eze Jackson: Oh, wow. And Governor Greitens is calling for this five person board to prove the DNA evidence is worth granting clemency. Do we know or do you know what this board is gonna look like?

Kent Gipson: The only thing we know from his order is it’s going to be five retired judges. We’re a little bit in uncharted waters here, because the statute that allows him to appoint a board has been on the books since the ’60s, but to my knowledge, it’s only been used once, that gives the governor the authority to do this. So, we’re not even sure exactly what’s, whether, the only thing the statute says is that the hearings aren’t going to be public and aren’t going to be disclosed to the public. I guess what’s gonna happen is the board will make a recommendation to the governor and nobody will know what it is except the board and the governor. It’s not even clear if he’s going to have the right to counsel or the right to present witnesses, or whether that will be totally up to them as to what they do.

I assume we will be allowed to participate in some fashion, but there’s a lot of unanswered questions as to how this is gonna proceed.

Eze Jackson: Well, what are they reviewing? Like you said, the evidence shows that it’s not Mr. Williams. What other details does this board want to be looking at?

Kent Gipson: That’s, well, the order appointing them said they can look at everything, both the [inaudible 00:07:46] from the trial and any other evidence that’s come to light, but the thing that I think history has taught us is that DNA is unassailable scientific evidence that proves you innocent. Eye witnesses can be mistaken. Jailhouse informants lie. There can be endless explanations for circumstantial evidence, and even in cases where you’ve had detailed confessions, like the infamous Central Park rape case that Donald Trump wanted to execute them before their trial, they were later exonerated by DNA even though all five of them gave detailed confessions.

So, the point being, and no pun intended, is that DNA trumps all other forms of evidence.

Eze Jackson: What are your demands for your client?

Kent Gipson: Well, I think it’s unlikely that there would be the political capital for him to pardon him outright, although he certainly has the power to do that. We would be happy if he would just vacate his convictions and allow the prosecutors to retry him if they want to get laughed out of court.

Eze Jackson: What kind of stuff can this trial teach us about the broader issues with the criminal justice system in America? Here at the Real News, we’ve been looking at it across the country and different areas, of course, we’re in Baltimore. As you said, you’re in the same county as Ferguson. What kind of lessons or issues you think will come out of this case?

Eze Jackson: Yeah. I was reading one interesting thing about this particular case, and that is the woman who was murdered, the reporter, she was not in favor of the death penalty. Have you talked to any of her family during this process at all?

Kent Gipson: Well, actually, the victim had recently left her job as a reporter for the Post Dispatch newspaper in St. Louis to do volunteer work in the inner city and on behalf of the underprivileged, so I don’t know for a fact that she was against the death penalty, although it would appear that she probably would have been. There was an op ed in the Washington Post right before Marcellus’s 2015 execution date, which we got stopped to do this DNA testing where the new wife of her husband wrote an op ed in the Washington Post that peripherally mentioned this case and the pain it’s caused them about the death penalty, but it was clear she was very much against the death penalty. And they have kept a low profile. They’ve not talked to the press to my knowledge at all, and there was an article this morning in the St. Louis paper, I believe, where the victim’s husband has declined all press interviews. So, he’s not going public one way or the other about his-

Eze Jackson: Is this surprising that a Republican governor would step in after the Supreme Court denied the stay?

Kent Gipson: Yes, in a word, because as we all know, most Republicans are very pro-death penalty, although that’s a trend that’s sort of changing, ’cause if you think about the Republican’s basic philosophy that government is bad, do you trust the government to select who the persons are that you should kill? So, if you’re an anti-government conservative, it would seem to be you would be against the death penalty, because the government is corrupt and makes mistakes and do you trust them to select those people deserve to be put to death? I would say that’s a very Republican view to be against the death penalty.

Eze Jackson: Well, it’s definitely going to be an interesting story to watch. I think just in getting the stay alone, it says a lot. These DNA cases say a lot about the justice system and its vulnerability, I think. So, we’ll be following it, keeping an eye on it. We really appreciate you coming on the show and talking to us today, Kent.

Kent Gipson: Thank you for having me.

Eze Jackson: Thanks for watching the Real News.

Now joining us from Kansas City, Missouri is Kent Gipson. Kent is a criminal defense attorney who has been representing Marcellus for the past 12 years.