The Trump administration is set to rescind the regulations, which aim to reduce greenhouse gas emissions from power stations, despite a scientific consensus linking recent devastating storms to climate change

The Trump administration is set to rescind the regulations, which aim to reduce greenhouse gas emissions from power stations, despite a scientific consensus linking recent devastating storms to climate change 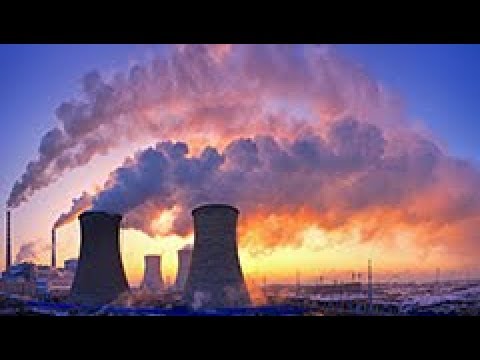 JAISAL NOOR: Just weeks after historic climate change-fueled storms devastated Texas, Florida, and Puerto Rico, Donald Trump is reportedly moving to scrap Obama administration rules to reduce CO2 emissions for power stations. That’s despite a scientific consensus linking such storms to climate change. Meanwhile, in Central America, Tropical Storm Nate has killed at least 22 people as it’s pummeled the region with heavy while heading towards Mexico’s Caribbean resorts and US Gulf Coast where it could strike as a hurricane this weekend. Joining us to discuss all of this is Professor Kim Cobb, professor of the Earth and Atmospheric Sciences at Georgia Institute of Technology, joining us from Atlanta. Thank you so much for being with us today.

KIM COBB: Good to be here.

JAISAL NOOR: Talk about what you have called the triple threat of rising seas, stronger winds, and literally off the chart rainfall totals, and how these increases impact the storms we’ve seen over the past few weeks and years really.

KIM COBB: Yeah. As I said before, these storms must been seen in a context of a shifting baseline related to climate change and this has been slow and steady in the sense of sea level rise over the last several decades and will continue to be a coming threat in terms of the sea level rise and increased risk of storm surges along our coastlines when they overlap with these storms. The other thing to remember is that these oceans across the Tropics are warming as well and that is the underlining fuel for these hurricanes the likes of which we’ve seen this season. Obviously, a historic season by many different metrics, but one that we can physically tie to warm sea surface temperatures driven by climate change and therefore this is a package of risk that we expect to accelerate in coming decades as the oceans continue to warm and sea levels continue to rise.

JAISAL NOOR: We know that there’s skeptics out there, especially in the Trump administration, the Republican party, and some of the arguments they make is that we’re seeing patterns that have repeated throughout history. You were involved in analysis of over 150 years of storm data tracked by the federal government, analyzed by the AP, which found “No 30-year period in history has seen this many major hurricanes these many days of spinning tornadoes in the Atlantic or how much overall energy generated by these powerful storms.” Talk a little bit about what you found there and the significance of that.

KIM COBB: Yeah. First, I was not directly involved in the analysis of those datasets, but however I am very familiar with the hurricane datasets and their strengths and limitations. Unfortunately, when it comes to hurricanes, you really only have only several decades of truly accurate information really linked to the satellite era. Before that, we really have a very, very spotty and incomplete record. What I think is important to note is that the most robust portion of those datasets show steep trends towards stronger events over the last several decades. As I pointed out, this trend is going in a bad direction and it’s not itself evidence of climate change. We don’t need to look at that dataset for evidence of climate change.

We have abundant evidence that the Earth is changing and the climate system is changing and the Earth is warming from many other types of datasets. This is an impact that expect from warmer seas, the trend is going in the wrong direction, and the risk is literally piling up on our coastlines. This is where we have to take a remedial action to wake up and address the coming threat.

JAISAL NOOR: Can you talk about what you would suggest such actions be? Because we know that on a federal level, the Trump administration is committed to, as I mentioned earlier, deregulating some of these power plants whose emissions were limited under the Obama administration, they’ve opened up the Keystone XL pipelines and Dakota Access to get fuel flowing through those. We know that a lot of the momentum has shifted to a local level and a state level. Talk about what kind of changes you hope to see.

KIM COBB: Well, I think what this particular hurricane season has demonstrated is that we are a day late and a dollar short in preparing for our climate now. Not our climate future, our climate now. That is what I hope many Americans take away from this. We are already seeing the impacts of climate change today and ridden into this hurricane season, and we owe it to not just our children, but ourselves and our communities right now to begin investing in resilience and understanding and quantifying the threats to these communities and to helping them plan for the next hurricane season and the next record breaking storm that may come their way. We are spinning a very dangerous roulette wheel and we got unlucky this season, but it won’t be the last time and many coastal communities will remain under threat each and every hurricane season with increasing risks pilling up associated most notably with sea level rise, which is going to continue at current paces if not accelerate.

This is what we need to do. We need to plan for these events and start planning now, so that we can reduce the loss of life and reduce the hit to our economy that these kinds of events can extract from us. This is what we should’ve been doing 10 years ago. We have an opportunity now to listen to this wake-up call and to earnestly plan and prepare for what I’m calling our climate now and it’s certainly relevant to our climate future, and our nation’s prosperity going forward. That’s what I really hope that the nation focuses on. We do need to draw down our emissions from greenhouse gases, from power plants, and transportation sector, industrial sector, for sure. The Trump administration has been systematically dismantling whatever structures Obama had put in place to try to achieve just that, including his intent to withdraw from the Paris Accord.

What we have to do is begin planning for the coastal resilience that we need yesterday, while being a party to the international discussions around reducing emissions and trying to advocate at the state and regional and local levels to make progress where the Trump administration is trying to delay our progress on greenhouse emission reductions.

JAISAL NOOR: All right. Well, Professor Kim Cobb, thank you so much for joining us.

KIM COBB: Thanks for having me.

Kim Cobb‘s research uses corals and cave stalagmites to probe the mechanisms of past, present, and future climate change. She received her B.A. from Yale University in 1996, and her Ph.D. in Oceanography from the Scripps Institute of Oceanography in 2002.