Instead of Recovery British Economy Shows Signs of Stagnation 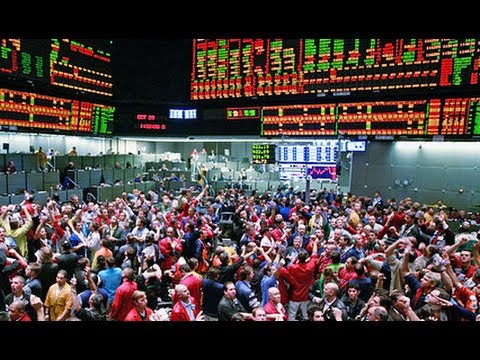 There has been talk in recent weeks of the U.K.’s economic recovery, but our next guest disagrees with the premise and points to economic data comparing the U.K.’s current economic prospects to earlier recoveries, as well as comparing it to countries’ recent economic performance.

Now joining us is John Weeks. He’s a professor emeritus at the University of London School of Oriental and African Studies, author of the recently released book The Economics of the 1%: 1% Economics and 99% Ideology. He is the founder and contributor of JWeeks.org. And he joins us now from London.

Thank you so much for joining us, John.

JOHN WEEKS, PROF. EMERITUS, UNIV. OF LONDON: Well, thank you. And let me begin by congratulating you and The Real News Network for meeting your goal. Last time I looked, you were well over $100,000, up towards $120,000. And I urge all of my friends and acquaintances in London to add to that, because it’s all for a good cause.

NOOR: Well, we certainly appreciate those kind words. So getting to the U.K.’s economic recovery, can you summarize for us the GDP and employment changes in the U.K. over the previous four years and how it compares with previous recoveries in the U.K.?

WEEKS: Yes. The first thing to understand is that for about the last six months there’s been quite a bit in the British press about how the signs of recovery–the particular cliche they love to use here is green shoots of recovery–and that what we’re seeing is a vindication of the austerity budget-cutting policies followed by this reactionary British government.

Now, the fact of the matter is quite different. First of all, if this is a recovery, I would hate to see a contraction, because we’re–have a annual rate of growth that’s only slightly over 1 percent. I mean, that is not a recovery. That is stagnation. That’s the first point.

The second point is that the record is absolutely miserable compared to previous recoveries of the U.K. This is not something I made up, but from official government statistics. The organization of the national statistics organization, the Office for National Statistics, issued a report about two weeks ago, or a newsletter, in which it showed–comparing the current recovery to the previous three–and these are two in the 1970s and one in the 1990s–that by this point in–that is, if you take the maximum point of the expansion, and then from that you begin to count the downturn, and then when the recovery comes, we find that in all three previous recoveries, that the economy had returned to its previous high point within about two and a half years. We are now well into the fourth year–really we’re actually into the fifth year, depending on how you measure it–and the economy is 5 to 6 percent below what it was in the peak in 2008. So this is actually a miserable recovery. It’s the worst since the end of World War II. And it is nothing to be pleased about.

And the reason it’s so bad is because the current government, the so-called coalition government between the Conservative Party and the Liberal Democrats, the problem is that they have been cutting expenditure. Business investment is down, consumer spending is down, export demand is flat, and the government has been cutting its expenditures. So it’s hardly surprising that the economy is not growing or it’s growing at a very miserable, almost illusory rate.

NOOR: So you say Chancellor George Osborne is responsible for the contraction of the U.K.’s economy. Support that claim.

WEEKS: Okay. Well, first I should say that I’m probably attributing too much skill to him to say that he is the cause of the downturn, because I think he knows very little about economics. But we can accuse him of vigorously pursuing policies that reverse the expansion.

I will be specific. The U.K. economy hit its minimum point in 2009, as in the United States. As a matter of fact, its maximum point was at just about the same time as the United States, in the second quarter, that is, in the six month of 2008. Then you began this terrible decline 8, 9 percent into–from 2008 into 2009. Okay.

Then, as a result of expenditure policies, fiscal expansion, if you will, you know, that dirty word that the Tea Party and the Tory Party over here does not want to use, as a result of fiscal expansion, the decline was arrested and the U.K. economy began to recover. And its recovery was continuous for four quarters, that is, three-month periods, up until the second quarter of 2010.

When there was an election in Britain and the Labour government was defeated, the chancellor [incompr.] prime minister at that time was Gordon Brown, and we say Gordon Brown committed many sins against common sense and against the 99 percent, including the deregulation of finance. However, he did realize that for the economy to grow, recover, you had to have the fiscal expansion. And he achieved that. He achieved a recovery.

And the economy, when the new government came in, this ill-begotten, calamitous coalition, when it came to power, the economy began to stagnate. The recovery was over. And why was it over? It was because the recovery was being [incompr.] by public-sector demand, which was hiring more people, putting money in people’s pockets. Also, its expansion was stimulating the private sector by hiring businesses to build schools and repair houses. There was a heat insulation program that the Labour government pursued. That was stopped. And when that was stopped, government demand began to level off, private-sector demand leveled off, and consumer demand also leveled off.

And then you got the cuts, and things actually began to decline. And over the last two years, most of the three-month periods over the last two years, two and a half, really, have seen economic declines, not expansion. And I would predict that the positive growth rate during the first and second quarters of this year will not be sustained, and we’ll probably have zero growth in Britain this year. The reason is that more cuts in government expenditure will result in a fall in overall demand at the same time that the European economies are continuing to suffer from recession to various degrees.

WEEKS: Well, it’s much–it’s quite depressing, actually. And in the United States, of course, there are cuts, and they’re very serious, and they’re very debilitating to the poor, and also to the near poor and to the middle class. However, in Britain there was quite a vigorous and healthy system of social protection and public provision into 2010. The coalition government has set about destroying that. I think that is its basic goal, actually. I think it is–the goal of Osborne and Prime Minister David Cameron is not for the economy to recover. Their goal is to destroy the welfare state and use the excuse of the downturn to do so. That’s also true in the United States. But it is a bigger task here.

So, concretely what does it mean? Well, for example, my National Health Service, to take–or my national health–they call them a surgery here, but you’d say the clinic that I go along to, they have had to reduce the operations that they recommend, that they schedule, because of declines in funding. Now, for the most part these are not life-threatening operations that are being postponed, but they’re quite serious things. So, for example, if you have a problem with your knees or a hip operation is needed and so on, there can be quite a long waiting list compared to what it was several years ago. In the schools, there have been restrictions on, reductions on school meals, on the aides to teachers to look after children on the playground, a whole range of things. And then less immediately debilitating to people, but still very serious in the long run, is a decline in construction and new housing. The housing sector in the United kingdom, the government plays a very important role in that, and that’s basically being cut to the bone. So in every field–health, education, housing–these cuts are very debilitating. And even in what–I don’t know if you would get this in the United States–the police are being cut. You would have thought that this right-wing government at least would say, well, we have to have the police on the street to beat people up when they protest about the cuts, but no, the number of police is being reduced. The military is being reduced. So we are talking about a very ideological government that is driven and is driving itself to reduce the size of the public sector, seeing this moment as a historic opportunity when it can reduce the size of the state across the board.

NOOR: John Weeks, thank you so much for joining us.

WEEKS: Well, thank you very much for having me. And again I say to all the people I know and the ones that I don’t, contribute to The Real News, because it will give you things that you can’t pick up anywhere else, including the progressive press in the United States and in Britain. So there are a couple of days left in the fund drive, and I recommend that everybody get onto the web and make their contributions to this excellent cause.

NOOR: Thank you so much, Mr. Weeks. And we couldn’t have scripted a better pitch for us, so we appreciate that you decided to do that for us.

And thank you for joining us at The Real News Network.