Standard of Living Declined in Britain Due to Government Austerity

A new study shows that the standard of living in the UK has dropped for the first time since 2014. This is the result of government austerity says economist John Weeks

A new study shows that the standard of living in the UK has dropped for the first time since 2014. This is the result of government austerity says economist John Weeks 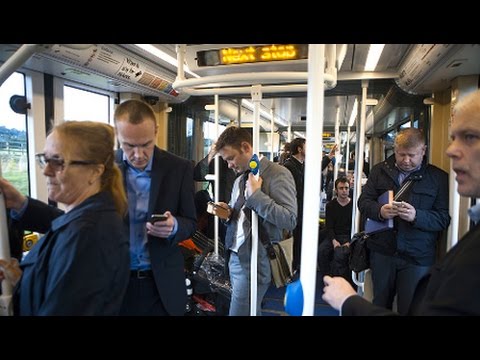 Living standards in the United Kingdom have fallen for the first time since 2014. This is a headline of a recent article in the Guardian Newspaper, which argues that despite further drops in unemployment, and a rise in vacancies, inflation is out-stripping pay growth. According to the Office of National Statistics regular pay in the UK in February was 1.9% higher than the year earlier.

Yet it is still running below the 2.3% increase in prices. The Guardian is reporting that despite the drop in unemployment economists expect that the squeeze on real inflation-adjusted wages to intensify over the coming months.

Joining us today for his economic analysis of the current situation in the UK, is John Weeks. John is Professor Emeritus of Economics at the University of London, and author of “Economics of the 1%: How Mainstream Economics Serves the Rich, Obscures Reality and Distorts Policy.” Welcome back, John.

JOHN WEEKS: Thank you very much.

SHARMINI PERIES: John, give us your take on this current situation of declining living standards.

JOHN WEEKS: Yes, living standards in Britain are declining as the official statistics show. And the basic cause is the austerity of the government, which has led to a freeze on public sector salaries. And the public sector employees account for about a quarter of employment or more, depending on how you define the public sector in Britain.

And in the public sector it is the result of the growth of low wage, largely service, employment, for example, in things like fast food places and – I don’t know if you have it in the United States, you have delivery company called, “Deliveroo”, which is sort of the Uber of pizza delivery, and other deliveries.

So, it’s actually not at all inconsistent that rising employment has been associated with falling wages. It’s just that we have never seen it before, since the end of World War II. And the reason we never saw it before is because of the deregulation of the economy according to neoliberal vision of a smoothly operating capitalist economy. It does operate smoothly. It operates smoothly for the capitalists.

The other aspect I would stress is that even the Guardian, which is Britain’s most progressive daily paper, stresses the problem as one of inflation. So, wages are rising, I think it’s about 2%. And the consumer inflation is rising about 2.3%. So, real wages are falling. That is a political interpretation of what is happening.

Actually, inflation is quite low. 2.3% inflation is very, very low, historically, in Britain. And the problem is that wages aren’t rising. And the reason that none of the papers, not even the Guardian, stresses that is because that would need you to say… If you were to say, “Well, the problem is pay isn’t going up.” Then you would have to say, “Austerity is completely wrong, and we ought to have stronger trade unions.” And, I regret to say, there are very few media outlets in Britain which are at all supporting of the trade union movement.

So, the safe thing to say and to sound like you’re concerned when living standards are falling is to say, “It’s the result of inflation.”

SHARMINI PERIES: Right. And in fact, let’s take a look at the global financial economist, Peter Dixon, of Commerce Bank, who recently spoke about rising inflation in the UK.

PETER DIXON: It’s a worry in the sense that it will probably mean that the economy slows quite sharply. But, I think, in many respects it’s also a positive sign because it would suggest that consumers can’t continue to fuel spending by either increased borrowing, or running down their savings. And we’ll just have to accept that, you know, 2017 might be a year of rather slower growth than 2016.

SHARMINI PERIES: So, John, how do you respond to that?

JOHN WEEKS: Well, I think that is a particularly vulgar statement of it. But it is not an unusual one. It is a typical one. There are more sophisticated and more intelligent ways of saying the same thing. But his statement was useful because it bares it, gives it in its most, you might say, up-front and raw, form. But there are many things wrong with that.

The first, you might say, the underlying thing that’s wrong with it, is it views the economic movement as a natural phenomenon. But they are in that rendition that he was giving… What happens in the economy is not person-made. It is generated by the natural operation of markets. And so, living standards are falling. They’re falling because of the imbalances in the economy. That’s the basic argument he’s talking about, referring to debt, and problem with consumer borrowing. These are natural phenomenon. There must be adjustments to them. Market must adjust. So, we just have to wait until that happens. Well, all of that is complete nonsense.

The growth of employment, as I have said before, is primarily in very low-wage employment. The British economy is dominated by the financial sector, which is draining the economy of its productive investment. And when you put all that together, the natural outcome of that is falling living standards.

And another natural outcome of it is that you will have apologists of the neoliberal capitalism saying, “Well, this is bad. This is unfortunate but it is a necessary adjustment the economy has to go through.” We don’t need this; what we need is raising wages. And the reason we don’t have rising wages is because the business sector and the government working together are preventing wages from rising by making trade unions weak, and imposing a freeze on the public sector.

SHARMINI PERIES: And John, lastly just explain to us, of course, the low unemployment figures are a good thing but they’re being misrepresented here. Particularly in light of zero hour contracts and so on. First of all, tell us in the UK context what is a ‘zero hour contract’? And how is this contributing to the lower standards of living?

JOHN WEEKS: Yes, I think that a generation ago, when we talked about employment, we pretty much knew what it meant. It meant a job where you were hired for an indefinite period of time, and you were paid a certain wage. You had a formal contract to do that. And when employment went up, that meant there were more people in factories, and more people in offices, and so on. The form of that is now changed.

In effect, many, many companies have set about successfully to redefine their employees as self-employed. So, Uber is the most notorious about this. They hire these people to drive taxis, at rather low rates, well, their own peoples’ cars. And they define them as self-employed. And the reason they do that is so they won’t have to pay benefits and other things. In Britain, that is expanding very rapidly.

A zero hours contract, without going into any details for the American audience, just means it’s like the old shake out on the waterfront. You know, 100 men and women show up to work in the morning at 6:00 o’clock and the companies go along and say, “You, you and you. The rest of you go home.” And that is very much what the expansion of employment in Britain has become, an arrangement in which you have no prior contract. Each day you’re hoping to get work, you don’t know how much you’re going to be paid for it because you will be treated as self-employed. So, employment statistics are very, very misleading.

Also, some of the growth of employment, a substantial part of that is part-time employment. Even working less time than they want to. But because they’ve categorized as self-employed it’s very hard to actually measure how much of it is part-time. When you are working in a factory or in an office, or you are driving a taxi for Yellow Cab in New York, and they say, “This week you aren’t going to work your normal 40 hours. You’re going to work 23 hours.” We know what less than full-time is. It’s much more difficult when the person has been defined as self-employed.

The point of that long-winded discussion is to say that businesses have discovered new tools, or reinvented old tools, for driving wages down, and reducing their obligation to the employees. It’s the one reason why living standards have fallen. Living standards are not only measured by exactly what you’re paid, but also by benefits that people are paid during work, is a fall in benefits through work.

So, what we’re saying is, to use a cliché, a business model, which is designed to increase employment and drive down wages. And that’s what the Office of National Statistics has just reported.

SHARMINI PERIES: All right, John. I thank you so much for joining us today and look forward to having you on again. Thank you.