The Economics of the 1%: Neoliberal Lies About Government (1/3)

John Weeks deconstructs a central tenet of neoliberal ideology: vilification of the government's role in the economy

John Weeks deconstructs a central tenet of neoliberal ideology: vilification of the government's role in the economy

The Economics of the 1% 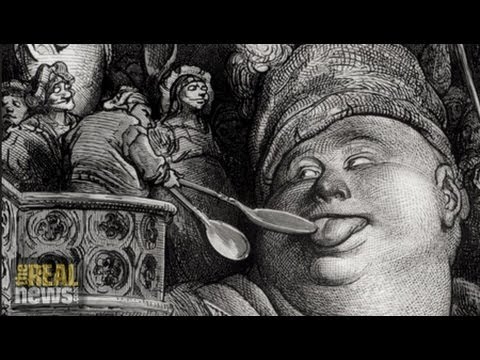 This is the first part of a three-part discussion on a new book titled Economics of the 1%: How Mainstream Economics Serves the Rich, Obscures Reality and Distorts Policy. The author of the book is John Weeks. He’s a professor emeritus at the University of London, he’s a regular guest of The Real News, and he’s now joining us.

Thank you so much, John Weeks.

JOHN WEEKS, PROFESSOR EMERITUS, UNIV. OF LONDON: Well, thank you for having me on. I’m very pleased to be here and talk about my book.

NOOR: So one of the chapters in your book is titled “Lies about Government”, and you start off the chapter by talking about fake economics, which is the term you use to describe mainstream neoliberal economics. And you say it includes as a central message the inherent inefficiency and intrinsic malevolence of governments at all levels. Talk about what you mean and how governments and their role in our economy is so vilified and why that’s done.

WEEKS: It derives from a basic ideology that says that everybody and everybody in the world is a consumer and that you derive your pleasure in life from consuming, which, if you reflect on it, obviously is a pretty sick idea. I mean, people who actually behave that way I think are rather unhappy people. But at any rate, if you take that position, if you take that analytical position, then it follows that taxes are a burden–they take away an individual’s ability to consume. And they are–some of it may be absolutely necessary. You might say that that’s the more benign wing of this school of economics, which I refer to as fakery. And so they begin by saying everybody’s a consumer. Taxes should be as small as possible so you can go out and consume. And anything that can be produced through the private sector should be produced by the private sector. And then, in addition to that, if it ends up being produced through the government, it will be produced inefficiently; that is, there are some things you can’t avoid, one presumes. You can’t have a private fire department. They would just go and put out the fires of the people that paid, not the ones next door that hadn’t. But most things, you should go from the private sector, ’cause the government is inherently inefficient.

It’s quite extraordinary, actually, that people–many people believe that. The reason they believe it is because it’s beaten into people every day, because–think about it for a moment. You’ll learn that, say, the environmental agency wastes money building something or other, whether it be subsidizing wind farms or subsidizing people to do research on non-carbon-based energies. But this is peanuts compared to the private sector. I mean, you have these executives who oversaw the collapse of the financial system, and each year they’re getting bonuses of up to $100 million, $300 million. Well, I mean, if this isn’t a waste, what is?

And then, in addition, many of these companies produce things that are absolutely useless for the economy, making billions of dollars out of producing so-called financial products which led to the collapse of the economy.

But the idea’s been sold. You know, government is inefficient. We’ll make it as small as possible. And we ought to–oh my deuce. I forget what the cliche is. It ought to be leaner and more effective.

This is nonsense. The government sector needs to be larger. Just about all of the basic things governments do they do more effectively and cheaper than the private sector. One of the best examples is pensions. The U.S. Social Security system is much more efficient than anything in the private sector. And that is because the government doesn’t charge you a handling fee and doesn’t run a profit doing it.

So there is this ideology that says the natural state of people is markets, and governments are intrusions into those markets, which itself is completely nonsense, because the people out there watching, they might have had bad experiences going down to the post office, having to stand in line, all that sort of stuff, but they sure had bad experiences with the private sector.

The idea that markets should exist without government regulation is absurd. You know, say a supermarket, which is a concrete form of a market–how do you get there? You’re driving your car. In order to drive that car, you have to have a licence. You get the license from the state government. You’re going to drive on a road. The government will have built that road. There will be regulations about how fast you can drive so you don’t kill each other, other people when you do it. The government is doing all of that. That supermarket could not exist. That supermarket chain could not exist without the role of local and federal government. It’s not that the federal government intervenes in markets. It’s that they are the facilitator by which markets exist.

NOOR: Professor Weeks, that wraps up the first part of our discussion. We’re going to continue this in part two in just a moment. Thank you so much for joining us.