Janet Redman of the Institute for Policy Studies explains how ending subsidies to utilities can help fund clean jobs and clean energy transition.

Janet Redman of the Institute for Policy Studies explains how ending subsidies to utilities can help fund clean jobs and clean energy transition. 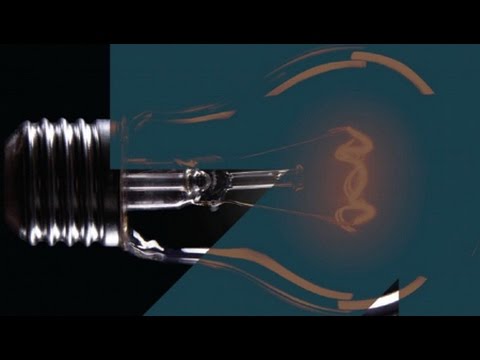 We have all known that corporate tax evasion has reached epic proportions, robbing the public treasuries of the ability to address any serious problems we face, such as climate change, largely created by those corporations avoiding taxpaying. In fact, only a few major US corporations pay the required, statutory 35 percent tax rate to the public treasury.

A new study done by the Institute for Policy Studies titled “Utilities Pay Up” digs into the gravity of the problem, and it also examines how ending tax subsidies to America’s electric utility companies can help fund clean jobs and clean energy transition.

With us to discuss the new report is Janet Redman. She is one of the co-authors of the report and she’s from the Institute for Policy Studies in Washington, DC. Thank you so much for joining us, Janet.

JANET REDMAN: Thank you for having me on again.

PERIES: So, it’s our pleasure.

So Janet, in your report you say that utilities are even better at tax-dodging than multinationals. How are the utility companies exploiting these tax subsidies to, you know, of course in their favor, and to the tune of how many billions of dollars?

REDMAN: Well, yeah. We were really surprised, actually. We benefitted from a lot of the work of the Citizens for Tax Justice, which is another organization that we work closely with in looking at corporate tax breaks and corporate tax dodging. You know, we’ve been having conversations about what’s really needed in the climate fight, and it’s very clear that what’s needed is investment in clean energy.

So, we thought about looking at where money lies right now in the energy sector and, of course, that led us to the investor-owned utilities. Those are the utilities that are publicly traded on the stock market. We were incredibly surprised to see that between 2008 and 2013, that publicly-owned utilities actually paid the lowest effective tax rate of any US business sector.

So, as you mentioned, the legal tax rate is 35 percent. Almost no one pays that. But small business, on average, pay about 30 percent of taxes. Utilities, on the other hand, pay 2.3 percent taxes. That’s the lowest rate of any sector in the US business sector. So, that was surprising. 2.9 percent, I’m sorry.

What that means, of course, is that utilities are pocketing a lot of the cash that should be in federal and state coffers. They’re not doing this illegally. This is legal tax evasion. In a sense, this is an evasion, these are tax breaks and loopholes. But they mean that we’re losing about 14.1 billion dollars in revenue that should be in public coffers. Those are the taxes that weren’t collected in 2015.

That’s a huge amount of money. That’s the amount of money that could pay for, actually, retrograding and doing deferred maintenance on about 25 percent of our public housing in the United States. So, four years of those taxes collected would mean we could basically renew our entire public housing stock to make them energy efficient, for example. It’s a huge number.

REDMAN: Well, I think it’s important to note that there are two different things going on here. One is the Clean Power Plan, which is a critical piece of regulation from the EPA, as you mentioned, that the Obama administration has been pushing. And certainly power plants, utilities, energy companies have been resisting that regulation and have actually been, through a network of industry associations, lawyers that represent coal manufacturing, the whole list of dirty energy have been working together, both very publicly, as in the Southern Company saying they absolutely oppose the Clean Power Plan and that they may have to turn off the electricity and hospitals will go down and people won’t be able to turn their lights on, which has, I think, largely been proven untrue, if the Clean Power Plan goes through.

But also behind the scenes. So, energy companies like Duke Energy at first were very resistant to the Clean Power Plan, then kind of rolled back their resistance but are still part of industry associations, chamber of commerce, ALEC, et cetera, that have been pushing opposition to the Clean Power Plan, both at the state level, but then more broadly.

So, I think what this shows is that energy companies, utilities companies have been saying that we can’t comply with a Clean Power Plan, because it would be too expensive to put these clean energy provisions in place. It would mean that we would have to raise rates on our customers. At the same time, they’re pocketing billions of dollars in tax breaks. So, it doesn’t line up.

What we need to see is many of these tax breaks just go away. One particular tax break that’s been taken advantage of is something called the bonus depreciation tax break. That was actually put in place during the financial crisis to give industry a tax incentive to invest in new infrastructure. So, for utilities that means putting money into new power plants, putting money into new facilities, but we’ve extended that over and over again, so it’s just been extended by Congress until 2019.

So, that’s one particular piece of the tax puzzle, but more broadly what we’re saying is that this money that would come from new revenue if utility companies even paid what small businesses pay, 29.6 percent tax rate, could go to all kinds of public goods, in particular meeting the needs of low-income families who are shivering in the winter, who are sweltering in the summer, and folks that are not part of the publicly traded utility system, for example rural electric co-ops that actually could benefit from having increased capital from federal dollars to do weatherization on their homes, if that money was available because taxes were being collected.

PERIES: And so, moving forward there’s a number of recommendations that come out of your report and you alluded to some of them right here. How is that being received by the administration at this time, or is it too early to tell? You just put the report out.

REDMAN: It’s a little early to tell. I think some of these are a long game. So, for example, we talk about ending tax breaks, particularly this bonus depreciation tax I had talked about. That’s going to come up in Congress in a few years, so it’s early days for that right now.

Where we did focus a lot of energy is looking at the Clean Power Plan, and in particular one specific program called the clean energy investment program. That’s a piece that’s being debated right now. The rules are being finalized about that. There’s an opportunity there. That particular incentive program would give extra credit, basically, for energy efficiency and for renewable energy. It would give a double credit for those activities in low-income communities.

PERIES: And how do you define that?

REDMAN: Well, we [referred] to our partners. So, we look at people who, our movement allies in the housing rights and economic justice fields. Low income, technically, right now, is 200 times the poverty rate, which is pretty astronomical, so there’s a huge low-income population who need support for energy efficiency in their housing, but I think we need to think about how low-income families versus low-income communities is defined, and that’s something that we would want to turn to our allies to lay out for us [crosstalk] and we would get behind that–

PERIES: [interceding]–How does that really work, Janet? I mean, a lot of low-income housing is really apartment buildings. How do you weatherize and make a space energy efficient if you’re actually living in a low-income housing building.

Both of those are a challenge, and both of those have been incredibly under-invested in. Most of our energy efficiency programs right now go to single family homes, and most of those require significant amounts of up front capital, so low-income folks are majorly locked out of that kind of energy efficiency.

But what’s been being developed are some really exciting, inclusive financing models. One in particular that I like to highlight is something called pay-as-you-save. That’s a program that’s actually debt free. So, you don’t take out a loan. It actually connects to your meter, and what that means–until you’re to your location–so it means a unit within a building or a building as a whole could get debt-free financing on their bills.

They’d pay it back every month, but it would only be applied if the energy efficiency upgrades would lower the bill overall. So, even with an extra charge to do the energy efficiency that you’d pay off over time, your monthly bill would be lower. So it’s actually a [boon] both for the private developer’s house, the building that they own, because it becomes a more valuable building, but it’s also better for the individual rate payer. And when that person moves away from that particular meter, they don’t have to pay that anymore. It lives with the housing unit itself.

So there are a lot of different tools that are now being developed to really recognize that there’s been a gap for folks that live in multi-family units.

PERIES: Janet, it’s a very important report. We’ll provide a link to it below the player if people would like to take a look at it. I certainly learned a lot. I thank you so much, Janet, for your interview today and for doing the report.

REDMAN: Thank you for having me. I appreciate it.