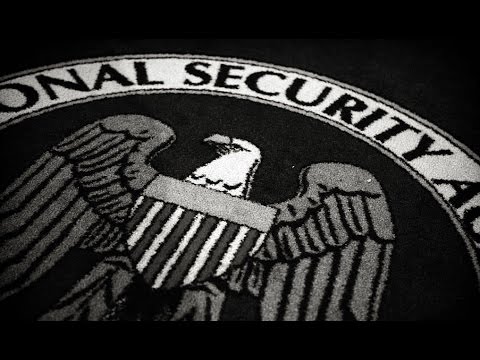 JAISAL NOOR, TRNN: A National Security Agency contractor has been arrested and charged with stealing highly classified information, authorities said on Wednesday, a data breach that could mark a damaging new leak about the U.S. government’s surveillance efforts.

Harold Thomas Martin, 51, who worked for Booz Allen Hamilton, was taken into custody in Maryland in August. Booze Allen is same firm that employed Edward Snowden when he revealed the collection of content and metadata by the NSA in 2013. The same month Martin was arrested, some of the NSA’s most sophisticated hacking tools were dumped onto public websites by a group calling itself Shadow Brokers, which has led some, like former high level NSA official and whistleblower William Binney to question if there is a “New Snowden” and if Martin could be him.

We reached Binney on the phone.

NOOR: Unnamed government officials have said Martin is a quote a weirdo not a whistleblower.

That’s a standard approach that NSA takes on any whistleblower or anybody who does anything that they don’t like. They call them disgruntled or unstable. It’s an ad hominem attack that they’re doing. It’s standard practice for them.

NOOR: Word of the arrest followed a New York Times report that the FBI was investigating whether he stole and disclosed highly classified computer “source code” which is being reported as developed to hack into the networks of Russia, China, Iran, North Korea and other countries but Binney says it can do much more.

BINNEY: These are commonly used firewalls, operating systems, and switches, and servers around the world. So what they’ve got is designed into, they’ve got a way to hack into those. They’ve found weaknesses in those systems so they can hack into them wherever they are.

NOOR: The complaint which dates back to 2014 and could pre-date Snowden, Binney argues.

It reads in part, “These six documents were produced through sensitive government sources, methods, and capabilities, which are critical to a wide variety of national security issues,”. It said Martin had the ability to access U.S. government property that was not permitted to leave its authorized location.

White House spokesman Josh Earnest said he was aware of the arrest and criminal complaint but could not offer any more details.

JOSH EARNEST: There was a complaint that was made public today by my colleagues at the Department of Justice. The existence of that complaint obviously is an indication that there is an ongoing criminal investigation. That’s going to limit quite sharply what I’m able to say, what I’m able to discuss from here.

NOOR: The Justice Department’s chief national security prosecutor, John Carlin, declined to comment on the specifics of the case. He said, however, that insider threats have long posed a challenge to the government.

Martin faces up to 10 years in prison if convicted on the most serious charges.

BILL BINNEY: Here’s the problem, they have known these weaknesses have existed for years. And by allowing them to continue to exist, what it meant was they could look into what people were doing anywhere in the world which was fine for them, that’s what they like. But at the same time what that meant was everybody who was using any of the systems, firewalls, operating systems, network servers, switches, whatever, were all vulnerable. So we were all exposed and vulnerable to attacks not just from governments or groups of individuals but also specific individuals, hackers around the world. NSA has no monopoly on smart people so therefore any of them could find these weaknesses and hack them and everybody too and that’s what’s been going on. If you look at the OPM hack and so on and then what they do is they use the hacks going into OPM and everything and say isn’t cyber security really a serious issue?

NOOR: Binney says the treatment he and other whistleblowers have faced who have gone through legitimate channels has forced the actions of those like Edward Snowden, who has found refuge in Russia after fearing he could not get a fair trial in the United States. Binney’s outspoken criticism of the NSA during the George W. Bush administration made him the subject of FBI investigations that included a raid on his home in 2007.

BINNEY: That’s right and the sad part about it is that we have a government that when a whistleblower comes to them and says something to them, what they’re really doing is raising a problem or an issue that needs to be fixed and if they fix it, it would be to the betterment of not only the government but the country and be better for the people all around. But instead of doing that, they attack them and they try to cover up what’s going on in that process. So you know basically they’re not fixing the problems that are being raised so that means these problems continue and are perpetually with us. So you know we have a government that’s totally dysfunctional in that aspect.

NOOR: Binney doesn’t think Martin could get a fair trial in the US.

BINNEY: I don’t think he’s going to have too much of a chance. I mean they’re going to deal with him just like they did Bradley Manning or Chelsea Manning. They’re not going to really give him a chance to make any kind of plea. That’s the same kind of treatment that [inaud.] would get. He wouldn’t be allowed to plead anything. It would all be done behind closed doors in secret with basically no what we would consider due process in a court of law.

NOOR: And he supports clemency for Edward Snowden

BINNEY: Yes, I do. Because after all he’s going to give clemency to Bush, Cheney, Haden Tenet, and all the people who are part of this criminal activity of subverting and basically treason against the founding principles of our nation. That’s criminal too. So basically he’s giving them a pass just like they did Hillary Clinton with all the emails and stuff that she did. So I mean if they’re going to give a pass to them, they should give a pass to everybody that’s exposing it.

NOOR: For the Real News this is Jaisal Noor.

The Impeachment: Will This Be Trump’s Unraveling?

What Does The Intercept’s NSA Leak Say About Russian Vote Hacking?