What Has Changed Since Freddie Gray’s Killing?

TRNN visits Penn & North, a short distance from where Freddie Gray lived and died and this is what we witnessed

TRNN visits Penn & North, a short distance from where Freddie Gray lived and died and this is what we witnessed 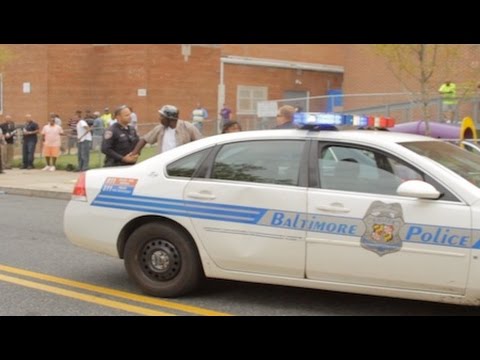 JAISAL NOOR, TRNN: With the first pre-trial hearing for the six officers charged with killing Freddie Gray just days away, Baltimore officials say they are preparing for renewed unrest.

The Real News visited the neighborhood where Gray lived and died to see whether police interactions with the community had improved and whether residents anticipated violent reactions if they feel justice is not served. During our short visit we observed a heavy police presence in the area, including a tense and physical interaction between police and local residents.

Neighbors like 71-year-old Harold Perry–who lives across the street from where Freddie Gray was killed–say residents want to see the officers held accountable.

HAROLD PERRY: You can feel the tenseness in this air. Everybody’s anticipating and waiting, wondering what’s going to happen. And I feel that if the same response happens to what happened in other communities with this same sort of violence going on with these police officers, I can’t imagine what’s going to happen here. All these people want is justice. One time that these police are held accountable for their actions as we are held accountable if we break the law.

NOOR: Just down the street we met with community members at the Penn North Community Center. Ericka Alton is the director of business development for the Penn North neighborhood. We spoke to her as a police helicopter circled low overhead.

ERICKA ALTON: I don’t think we’ve moved forward much. Organizations like ours, we’ve made it a point to after the fact develop new relationships with Baltimore City Police. We are in the Western district, we’re two blocks away from where Freddie Gray was murdered. So we have a better relationship with the police in our small part of the planet. The relationships are changing as a result of people in the community making changes, not necessarily what our elected officials chose to do with the relationships that Baltimore City Police have with us.

ALVERTA: Oh, I think there’s going to be violence again. If they’re not charged–they need to be charged with something. I mean, I’m looking at–wow. Wow.

NOOR: Our interview with Alverta was cut short by the commotion of a Baltimore police encounter with a couple on a scooter who we later found had been pulled over for a minor traffic violation. A crowd gathers, with many filming the interaction on their cell phones. Within minutes, five police vehicles flooded the scene.

JERRY: We have an optimistic view, but then the way they conduct themselves changes it right back. It proves us wrong. We want to be wrong when we say they’re brutal. They’re hands on. Look at the example that they set in front of all these people. They don’t care. What’s important is subduing someone. Applying force. You’re bullying the public, and the public is going to get tired of getting bullied.

I’m going to say this, too. You see what just happened? They light the fuse. He should have got out, conducted himself professionally. Asked the man for his registration, told him what his violation was, gave him the appropriate paperwork for the violation and continued on his day. Instead, how much time is being wasted right here? They have no accountability. They’re above the law for too long. They can do what they want to do to anybody at any time for any reason they deem necessary, and we had a perfect example of it right here. They’re going to light the fuse on this city.

NOOR: Residents and advocates say the cycle of protest and violence will continue unless police are held accountable to the community they serve, and educational and employment opportunities with living wages are provided as alternatives to more policing and mass incarceration.

With David Dougherty, this is Jaisal Noor in Baltimore.