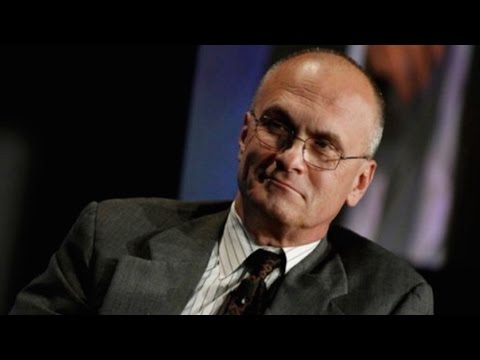 KIM BROWN: Welcome to The Real News Network in Baltimore, I’m Kim Brown. Well, Donald Trump is expected to tap millionaire CEO Andrew Puzder as his Labor Secretary. His opposition to regulation of the fast food industry and raising the minimum wage has prompted critics to say that Puzder is just the latest wealthy elite chosen to join Donald Trump’s cabinet and that the move amounts to a “middle finger” to wage earners. That’s a headline from New York Magazine. Now joining us to discuss this is Justin Miller. He is a writing fellow at the American Prospect, where he primarily writes about workers, wages and the labor movement. His latest piece is titled, “Trump taps anti-worker fast food CEO for Labor Secretary” and he joins us today from Washington. Justin, thanks for being here.

JUSTIN MILLER: Thanks for having me.

KIM BROWN: So, Justin, what’s the significance of Puzder? Now, he opposes raising the federal minimum wage, and he says that the restaurant industry is over-regulated. So, you say that he’s the worst appointment imaginable for low wage earners and labor advocates. Tell us why?

JUSTIN MILLER: Well, in addition to his opposition to the Federal minimum wage increase, he has essentially called for a roll-back of any sort of pro-worker regulation that Obama has pushed through during his tenure and he has gone as far as saying that minimum wage workers should be protesting against a $15 minimum wage because it would kill jobs and it would force restaurants in the restaurant industry to close down. But if you, kind of look at research in Seattle, based on the $15 minimum wage that they recently passed, that just is not borne out by research.

KIM BROWN: So, Puzder says that a $15 minimum wage would hurt the restaurant industry, as you just said. But what does this mean for the Fight for $15 movement? Because last week they launched their first action since the elections in hundreds of cities, and some States have already raised the minimum wage. But what does that mean for the Fight for $15 to have an opponent of raising the Federal minimum wage, heading the department of labor?

JUSTIN MILLER: It could create a lot of challenges for the Fight for $15 moving forward. The organizing director of Fight for $15, Kendall Fells likened Puzder to putting Bernie Madoff in charge of the Treasury Department. Essentially, there are, just is, kind of a wholesale opposition to regulating and enforcing wage and hour laws in the restaurant industry which is where some of the most rampant violations of overtime violations in minimum wage laws happen. And you know, past Republican Departments of Labor have curbed enforcement measures and Puzder has indicated that he thinks that regulations and enforcement are too overbearing and corporations should be allowed to just, kind of work… operate their business in a more uninhibited fashion. And having kind of, a such a vocal opponent of the Fight for $15 and of worker’s rights, it’s kind of an antithesis of what we’ve seen from the current Labor Secretary Tom Perez, who has vocally advocated for increasing minimum wages at the State level.

KIM BROWN: So, let’s talk about Andrew Puzder’s wealth and to put it into context, you cite an article from Talk Poverty that says that, “He made more in one day, over $17,000, in one day, than one of his full-time minimum wage workers would make in a year, about $15,000.”

KIM BROWN: That’s quite a discrepancy.

JUSTIN MILLER: Uh huh. It really makes you put into question whether he has a strong sense of reality when this guy’s making hundreds times more than an average minimum wage worker in the fast food industry. And he is just completely unsympathetic to the need for increased wages for workers who are working in poverty. And just does not seem to have any sort of compassion for the argument that putting more money in workers’ pockets will benefit everybody.

KIM BROWN: So, political reports quote the business sector from which Puzder hails, may complicate his new job because food services has lately been the top target for enforcement actions by the Labor Department’s Wage and Hour Division. So, nearly half of low wage enforcement cases in 2015 fully, about 4,700 out of over 11,000, were in the restaurant industry. So, what is your response to this?

JUSTIN MILLER: I think if you look at where, you know, recent reports have shown that the highest concentration of wage an hour violations happen in the fast food industry and in the Carls, Jr. and Hardy’s locations that as the CEO of CKE Restaurant Group, his locations have more than 50% of Hardy’s and Carls, Jr. locations have had at least a single violation of wage and hour law. And putting somebody in charge who has a direct kind of conflict of interest in terms of ensuring that there’s robust enforcement in this industry is troubling to say the least.

KIM BROWN: How does this complicate his confirmation, if at all? Because as you mentioned, I mean, he has these conflicts, directly that will, you know, go against the position that he’s being appointed for. Now, I understand that the Senate, is controlled by Republicans, and it’s likely that a large majority, if not all of Donald Trump’s Cabinet selections will be confirmed, but it doesn’t smell right, does it?

JUSTIN MILLER: No, it doesn’t and I think that is something that Senate Democrats and Republicans who believe in requiring and abiding by Federal labor law, should press him on – whether he will maintain aggressive enforcement tactics that the Department of Labor has ramped up during the Obama Administration, specifically in the fast food industry. And you know, I think, if that is made kind of a core issue in the confirmation hearings, I thing that will present challenges for his confirmation, in addition to him being against a lot of pro-worker policies that would help working class Americans who President-elect Trump has purported to, you know, speak for.

KIM BROWN: Indeed, well the Fight for $15 may have just gained a brand new Federal and corporate foe in Andrew Puzder. We’ve been speaking with Justin Miller. He is a writing fellow at the American Prospect. Primarily writes about workers’ wages and the labor movement. And you can check out his latest piece. It’s titled, “Trump taps anti-worker fast food CEO for Labour Secretary.” Justin, we appreciate you joining us today, thank you.

KIM BROWN: And thanks for watching The Real News Network.