Jonathan Landay: Despite vows to support the Senate Intelligence Committee , the White House has not turned over 9,000 pages of Bush Administration documents

Jonathan Landay: Despite vows to support the Senate Intelligence Committee , the White House has not turned over 9,000 pages of Bush Administration documents 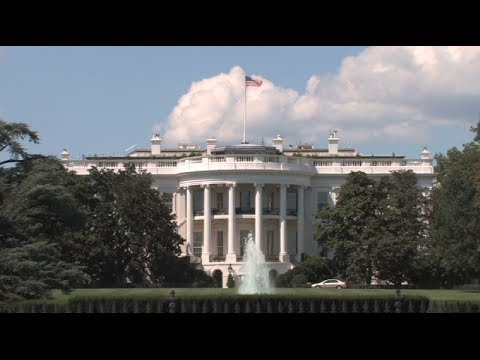 According to a report by Jonathan Landay in McClatchy newspapers, not only is the 6,300 pages of Senate report being sat on and not released, that is, the report into alleged, perhaps criminal activities by the CIA in their torture program, but there’s another 9,000 pages that the White House has been sitting on for five years that relates to this. The Senate Intelligence Committee apparently wants those pages, and so far the White House has not handed them over.

Now joining us to discuss all of this is Jonathan Landay, who joins from the McClatchy offices in Washington. Jonathan is the national security and intelligence reporter or McClatchyDC.

LANDAY: Well, what we learned was that, you know, you have the White House, which has been putting out public statements about how they’ve been supporting the committee, and they want the committee’s report to be declassified and as much of it released as possible, but at the same time not saying/disclosing the fact that they have been sitting on more than 9,000 pages of documents that the committee has been asking for since 2009, about five years.

What those documents are we’re not sure. I–pretty sure the committee knows. And the fact is that asked about what these documents are all about and why the White House is holding on to them, the White House has replied that they involve matters of executive branch confidentiality. Now, this is a legal doctrine that people I’ve talked to have never heard of before, and the reality being, though, that essentially, you know, you have this thing called executive privilege. But the fact is that the president, Obama, has not used a claim of executive privilege to deny material to the Congress except for once in his entire administration.

JAY: Because this other category of executive–I’m sorry. What was the phrase? It sounds–.

JAY: And so that means, we’re just keeping them secret, we’re not giving to you, but we’re actually not exercising the legal option we have of executive privilege.

LANDAY: Well, my understanding is that, at least historically, presidents have not exercised a claim of executive privilege until the dispute with Congress gets to the point where Congress actually threatens or actually does issue subpoena for whatever it is they’re looking for from the executive branch.

LANDAY: I can’t tell you. The fact is that we found out about them, and the White House basically confirmed to us–not basically–confirmed the story the night that we published. And we had to put out a second version of the story saying–with the White House statement in it saying that they in fact have retained what they–that was the word they used–a tiny percentage of the overall documents that the Senate committee was given access to. And, yes, you know, 9,000 is a tiny percentage of 6.2 million. Nevertheless, it is–they are 9,000 pages.

JAY: Now, some people are accusing President Obama of speaking, on one side, about wanting transparency and openness, but in reality not doing what he says he wants. In other words, he could on his own declassify the 6,300-page report the Senate has created. And some people are suggesting that that would be real support for civilian oversight of the CIA, ’cause clearly John Brennan, head of the CIA, does not want those pages to go public–Dianne Feinstein’s accused him of actually trying to intimidate their committee to prevent them from pursuing this. I mean, what do you make of this charge–President Obama’s saying one thing but ain’t doing what he could?

LANDAY: Well, I mean, this seems to be a bit of a trend with President Obama, going back to his declaration that he was going to close Guantanamo within a year. That didn’t happen. There have been numerous instances in this administration where the president has said one thing and he ends up doing something else.

But to be fair to the president, he has also talked about–in particular when it comes to national security–the need to balance national security considerations with, you know, the privacy and the public’s right to know. And at this point, that may be what we’re seeing here. But also to be fair to the president, there was a statement from the administration two days ago from the president which indicated that he is indeed going to take over the job of declassification–or what they call classification review–of the committee’s report away from the CIA, bring it to the White House, which is what several senators on the Senate committee have been asking for, and that they are going to do this classification review.

That leaves the question, how much of the report are we actually going to see. You have a 6,300-page report, highly classified, about highly classified documents and a highly classified program, and then there’s a 300-page executive summary, which is a lot of pages for an executive summary. I suspect that that’s what we’re going to get to see after it’s been run through the classification mill to ensure that there’s stuff in there that’s not disclosed that in the judgment of the administration shouldn’t be disclosed. I suspect that’s what we’re going to see. There’s going to be other parts of the report that we might see, but I doubt that we’re going to see the 6,300 pages, and I doubt very much that we’re going to see–because it’s–the committee has said, members of the committee have said there’s something like more than 30,000 footnotes in this document, in this study, and the fact is that in previous documents, investigative reports out of Congress, the footnotes, you know, can be some of the more interesting reading in these documents than the actual text itself.

JAY: Right. We’ve been covering this story on The Real News, and some of the people we’ve been talking to have been suggesting that John Brennan could be implicated himself in some kind of illegal activities, as well as others that were active in the CIA during the Bush-year period of torture, and that–but that President Obama has his own concerns. Number one, if that’s true, he still appointed Brennan head of the CIA, knowing that Brennan was implicated; and two, the fact that he never allowed any real pursuit of charging not just members of the CIA, frankly, but never attempting to charge Bush, Cheney, or anyone at the more senior levels that were likely involved in issuing orders that led to this kind of torture; and then also the issue that is Obama simply afraid to allow this thing to pursue in terms of the legal side, because he would wind up at war with his own intelligence community. What do you make of all that?

LANDAY: I mean, you know, it could be all of that, it could be none of that. It could be also that here you have a president who is interested in preserving the doctrine of executive privilege for future presidents, for himself, and that it could be as simple as that. I don’t know. As I said, it’s all a matter of conjecture at this point. We do know that there was at one point a special prosecutor who was appointed to look into the question of the destruction of video tapes of interrogation sessions by the CIA. That was expanded to look into the cases in which–I believe it was two people–allegations that two detainees died during this program. Those never went forward. I don’t know that it was the White House’s decision not to send them forward. The indications are that they didn’t have–the special prosecutor never got enough evidence to take his investigation forward.

But there’s a bigger question here, a bigger issue here, and the issue is this. I mean, as much as what’s come out about what happened in this program and other aspects of the Bush administration’s counterterrorism program that were launched after 9/11, there’s a lot that hasn’t come out. And the fact is that, you know, there’s, we would hope, a tradition here in the United States of going back and examining this kind of conduct by our government, because until such an airing takes place, you have, you know, conspiracy theories and conjecture and anger and political problems and the fact that, you know, you need to be able to have in place, by airing this kind of thing, legislation, executive orders, regulations that prevent it from ever happening again. And you can’t do any of that, you can’t resolve any of that, unless you really do have a clear airing of everything that went on, and not just the CIA program, but you had, you know, Abu Ghraib, you had what was going on in Guantanamo. You know, all of that has–you know, I mean, even going back to the question of, you know, former vice president Cheney’s refusal to release the names of oil company executives with whom they, Bush administration, consulted before they implemented their energy policy. And so, you know, there are huge questions, historical questions here, I believe, that really need to be examined, despite the fact that we’ve heard and we’ve learnt much about these programs. And again, you know, without belaboring the point, there’s also the question of, you know, presidential authority to order the killing of Americans by drones, that kind of thing. We still don’t know the legal basis for which that was carried out. We don’t know the way that those kinds of decisions were reached. I mean, there’s a whole slew of things that have happened in the name of counterterrorism and keeping this country safe that perhaps need to be aired.

There’s just one more thing I’d like to mention. At the top of the interview you credited me with breaking the story, but I have to say that much of the groundbreaking work that allowed us to do this story, myself and my colleague Marisa Taylor, was done by a 22-year-old contract freelancer who’s still in college. She’s a senior in college at Temple University. Her name is Ali Watkins. She did amazing, groundbreaking shoe-leather work, journalistic work, to help us break much of what we’ve broken, and she really deserves a huge amount of credit. And it just goes to show, what she did, the pavement pounding and the hall-waiting that she did up on the Hill, really just goes to show that, you know, basic journalism still gets you where you need to go.

JAY: Alright. Thanks very much for joining us, Jonathan.

LANDAY: Sure. My pleasure.

Jonathan S. Landay is a national security and intelligence reporter for McClatchy Newspapers, based in Washington, D.C