James Henry: Swiss banks are negotiating fines to avoid prosecution, while billions of dollars continue to be hidden away from taxes

James Henry: Swiss banks are negotiating fines to avoid prosecution, while billions of dollars continue to be hidden away from taxes 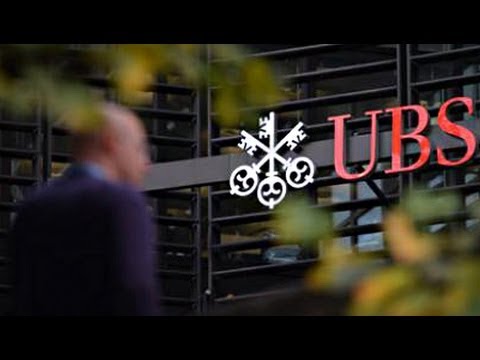 PAUL JAY, SENIOR EDITOR, TRNN: Welcome to The Real News Network. I’m Paul Jay in Baltimore. And welcome to this week’s edition of The Henry Report with James Henry. He now joins us from New York City.

James is an investigative journalist, an economist, an attorney. He used to serve as chief economist at the international firm McKinsey & Company. And his work has appeared in Forbes, Nation, The New York Times, and more.

Thanks very much for joining us, James.

JAY: So what’s new on the tax haven beat?

HENRY: Well, we’ve seen some good news. The G20 last week endorsed what we call automatic information exchange, which would help to crack down on global tax evasion. We’ve also seen quite a few investigations going on in France and Germany with respect to wealthy folks and politicians who have Swiss accounts. And there’s a kind of a growing amount of evidence that, you know, the world is ready for a crackdown on tax havens.

But over here we’ve seen the Swiss minister of justice and the finance minister come to Washington and try to, basically, settle the outstanding investigations that the U.S. Justice Department has of 13 major Swiss banks. You know, the notion is that they would get a deferred prosecution agreement in exchange for a big lump-sum fine. And, you know, this is clearly a case of where, you know, this would be in Switzerland’s interest, but it really shouldn’t be done right now, because the Swiss have a lot of work to do to, you know, get rid of their financial secrecy system and to reform their whole haven economy, which is about 20 percent of Swiss GDP. And, you know, this would be a bad time for the U.S. government to take the pressure off the Swiss by doing such a settlement.

JAY: A lot of this came out of the prosecution of UBS. Threats of prosecution were part of the deal. They handed over a list of–what was it?–4,000 clients, Americans that were evading taxes. And more Swiss banks are under threat of prosecution. So, I mean, is the U.S. government serious about this?

HENRY: Well, they have prosecuted none of these banks, actually. They’ve–in the sense of coming to a criminal prosecution, they have done the deal with UBS and gotten a $725 million settlement out of them. But no one’s gone to jail.

I think what the Swiss bankers really fear most is jail time. That’s what changes their behavior. You know, the fines of UBS and HSBC that we’ve seen are less than 5 percent of their corporate profits, and those aren’t really being paid by the shareholders of those banks anyway. They’re shifted to customers and clients. And, you know, that really is not going to change their behavior.

So this notion of paying money, it kind of reeks of the U.S. justice for sale. You know, what we really should be doing is ratcheting up the pressure on the Swiss to reform, just like at this very point in time many E.U. countries are finally getting together and agreeing that they need to expect more from the Swiss, to have more transparency and more automatic information exchange. So it’s a very bad idea for the United States Justice Department to consider even accepting a big paycheck in exchange for closing down these investigations.

JAY: Because it just becomes a cost of doing business for these banks.

HENRY: Yes, it’s a cost of doing business for them, and it really is, you know, a small percentage of, literally, trillions of dollars of offshore wealth that they have either under management or on deposit. So, you know, in terms of actually getting them to improve their behavior–I mean, Switzerland today likes to say that it’s one of just 73 havens or so and it needs to be treated on a level playing field. In fact, it’s even offered to say, well, we’ll give up bank secrecy if everyone else does. But that’s not about to happen, obviously.

And Switzerland in fact is the leading haven in terms of laundering money for public officials, for kleptocrats from, you know, developing countries. Like we’ve seen Mubarak having $700 million on deposit in Swiss banks. You know, the Gaddafis and the Marcoses and a long, endless list of dictators have parked their money there. Now we’re seeing that politically exposed persons–PEPs–in Europe, like the French budget minister and the chief fundraiser for the Spanish PP Party, were parking money in Swiss accounts.

So I think what we’re seeing is that, you know, Germany and France and several other E.U. countries have basically had it with this kind of Swiss behavior. And if we–you know, it would be a very bad time for us to sign a deal with them at the same time the E.U. is just ratcheting up the pressure.

JAY: This list of 4,000 clients of UBS that was handed over to U.S. authorities, is there any indication they’ve actually gone after this 4,000?

HENRY: They’ve gone after a good number of them. But the biggest list on the block here is the one that’s sitting in Spain right now. It’s a whistleblower who left HSBC Geneva back in 2008, walked out with information on 79,000 clients from all over the world. And the Swiss have asked for him to be extradited from Spain, where he was detained after they put out an Interpol arrest warrant for him. And so the guy’s name is Falciani. And he’s facing extradition right now. And Spain is trying to decide what to do about it. It’s a very political issue. France has said it wants him back. You know, the U.S. didn’t really respond to his request to go to the United States.

But that’s the real list that’s up in the air right now, that and, you know, the whole notion of getting public officials around the world to declare their offshore assets, you know, of making sure that Switzerland gives up information on the clients who are there and basically cuts out this kind of filthy business of laundering offshore money for the world’s wealthy.

JAY: Now, this list you’re talking about, is this connected to the story we talked about last week or so? This international consortium of journalists was working on the offshore tax havens.

HENRY: No. The ICIJ information is completely different. That had to do with BDI and Singapore.

We’re in a festival of lists right now. I think in many ways the Falciani list is much more important if it comes out. It’s now only in the possession of investigators in Spain and in France, and probably the U.S. has a copy. But because the people involved were much more senior and many of them are PEPs, politically exposed public officials, this list, I think, is going to be much more important than the one that came out of the corporate registry leak from BDI and Singapore.

JAY: Now, I’ve heard some criticism of that list. Some people have suggested that you have kind of an American investigative journalist coordinating this consortium of international journalists, but at least the names that went public are almost entirely not American. There’s a handful of Americans. But it kind of gave the impression that this tax haven phenomena is everywhere but the United States. What do you make of that critique?

HENRY: I think it’s a fair critique, because, you know, these two entities were in tax havens Tortola and Singapore, which are not the favored haunts for Americans. I mean, Switzerland has probably got many more American accounts accumulated over time, and, really, for much more–from big money.

I mean, in the case of the ICIJ list of Americans, there were a lot of dentists and doctors, and, you know, very few wealthy individuals who were, you know, the super rich, people with more than $30 to $50 million net worth. That’s the target market for Swiss private bankers. So I think it’s a little bit misleading to draw any global conclusions about the nature of this market from, you know, the ICIJ list. It had some good examples.

But, you know, the big scandal here is not just the–we’ve had a lot of these individual case scandals, but the real scandal is, you know, getting the world’s policymakers–the OECD, the G8, the G20–to actually do something about this. We have a number of very simple recommendations that have been on the table for years and have just not been acted upon, things like global information exchange, beneficial ownership registration, and this notion of having politically exposed people, that public officials of the world just declare their public assets. Even if they did it only voluntarily, we could have a voluntary contract that it would sign, and those who didn’t want to declare their offshore assets, you know, could keep them hidden. But I think they would put moral pressure on many public officials to stop this kleptocracy that’s going on.