Economist James Henry describes the network of international banks, law firms, accountants, and trust companies that allow wealth to be hidden in tax havens like Delaware

Economist James Henry describes the network of international banks, law firms, accountants, and trust companies that allow wealth to be hidden in tax havens like Delaware 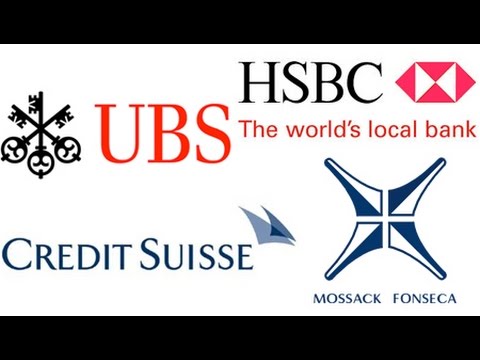 And welcome to this edition of the Henry Report. Now joining us is James Henry. He’s a leading economist, attorney and investigative journalist. Thanks so much for being with us, James.

JAMES HENRY: Good to be with you.

DESVARIEUX: James, so many updates concerning the Panama Papers. We’ve had the prime minister of Iceland actually resign because of revelations of his offshore accounts, but we aren’t really hearing too much about American corporations or American politicians. Why aren’t there so many US names?

HENRY: Well, one reason is that Americans don’t have to go to Panama to hide money. They have Delaware and a bunch of states that basically have financial secrecy. There’s no declaration of beneficial ownership for a Delaware trust or company, and so when Mossack Fonseca, the Panamanian law firm, was asked, you know, Mossack was asked where he holds his money, he said, well, Delaware. You know, there’s 900 thousand companies in Delaware. Nobody knows who owns them.

That’s one answer, I think another is, we don’t have kleptocrats, thank goodness. You know, a lot of the edge of this story is not democracies like Iceland, but you’ve seen lots of people in dictatorships around the planet who have availed themselves of this conduit in Panama. Basically they’re just buying companies from Mossack Fonseca which, when I first knew them, had a small shop back in the 1980s. Now they are, you know, at that point British Virgin Islands had sold about three thousand companies offshore as of 1985. Today they’ve sold more than a million, and Mossack accounted for about 100 thousand of those.

But that means it’s a great big provider industry. Mossack is only one of these companies, so, you know, it’s not really the case that they’re the fourth largest in the world. There are many others. In Turks and Caicos, for example, you find a local service provider that specialized in setting up shell companies there. So each one of the 91 havens in the world has its own specialized law firms, and they’re order takers, basically. They’re taking orders from the biggest banks and law firms and accounting firms all over the planet, who are doing this stuff, you know, for their wealthy clients.

DESVARIEUX: All right, let’s talk about the source of the hack. Mossack Fonseca says it was a hack. What do you make of that?

HENRY: I think they’re trying to possibly deflect attention from the real source which may well be a whistleblower internally. We don’t know. There’s been a whole line of attack on the Panama papers emanating, ultimately, from people like Putin and from China, which basically banned any mention of this scandal in China because so many people close to the president have been implicated in having these companies. But their line is, you know, this is a US intelligence agency operation of some kind that was designed to get at Putin and his inner circle.

I mean, I think that’s just nonsense. We’ve seen so many other people like, [the] president of the Ukraine, you know, who is no friend of Putin is also implicated in this story. So, you know, it’s pretty neutral, politically. Across borders we’ve seen people of all different shades, from Marie Le Pen, in France, on the right, you know, and the President of the Argentina, on the right, new president Macri, with offshore accounts, you know, to Lula in Brazil, the former president of Brazil owning a house that was purchased through a Mossack Fonseca company.

DESVARIEUX: Gotcha. James, you made mention that Mossack Fonseca is not just one bad apple here, that there’s really a network. Can you just speak about that a bit more?

HENRY: Yeah, I mean, this is, again, they didn’t send retail lawyers to call on President Putin to get him to channel his cronies’ business to them, nor do they send, you know, when they’re recruiting people like Lionel Messi as clients, or, you know, David Cameron’s father. They were, you know, referred by a whole network of international law firms, banks and accounting firms and trust companies that are basically, you know, kind of, you know, channeling business, knowing that Mossack Fonseca is an edgy firm and it will ask no questions.

This is a global network, a haven industry that spans borders, and so that’s what we’re up against. It’s really not just one bad apple in Panama, it’s literally dozens. We know that Mossack’s accounted for 100 thousand of the [BBI’s] companies, but there are still 900 thousand more that have been provided by other service providers, so there are plenty of rogues in this gallery.

DESVARIEUX: So where is this all headed? I mean, we have President Obama who is calling Congress to close tax loopholes. What are the policy implications of these Panama Papers?

HENRY: I think it’s waking elected officials up in some cases. You know, we’ve seen Bernie Sanders talk, running for office and making a big issue about Panama in the last couple days as he wades into the New York primary. We’ve seen Obama finally do something constructive here, really to be welcomed, his move to stop this huge corporate inversion that was going to cost US Treasury about 35 billion dollars a year just by virtue of Pfizer allowing itself to be acquired by a company based in Ireland, which is a tax haven.

You know, I think he’s also going to bring attention to the individual side of this as more and more revelations come out about the US. I don’t think we’ve seen the end of the story about US clients of this bank or the big banks all over the world that have been, so far we’ve identified at least 15 thousand companies that were channeled from 500 banks, including major players in the global haven banking industry like UBS, Credit Suisse, HSBC, a giant UK bank. These are the same institutions that caused the financial crisis in 2008. They were, many of them, involved in a developing debt crisis in the 1980s. They were bailed out after the financial crisis in 2008 and here they are, over in this corner of their behavior, helping the world’s wealthiest and many of the most corrupt politicians, you know, conceal their wealth offshore.

So, yeah, I think there’ll be, finally we’re getting enough critical mass across countries to actually be able to have the world community stand up and say, tax havens have to end.

DESVARIEUX: Tax havens have to end. Great final words there, James Thank you so much for joining us.